As a Californian I can say the drought at least makes me feel, on a gut level, that something big is shifting. When I am not darting from shadow to shrinking shadow, or squeezing a few drops of moisture from a root I just dug up, I sometimes wonder about how shifts in the weather might shift public perception.

When pollsters from the Public Policy Institute of California asked, “How serious of a threat is global warming to the economy and quality of life for California’s future?,” a lot of people said, “Very serious.” The number of people giving that answer has been trending upward in the last few years, across the political spectrum. 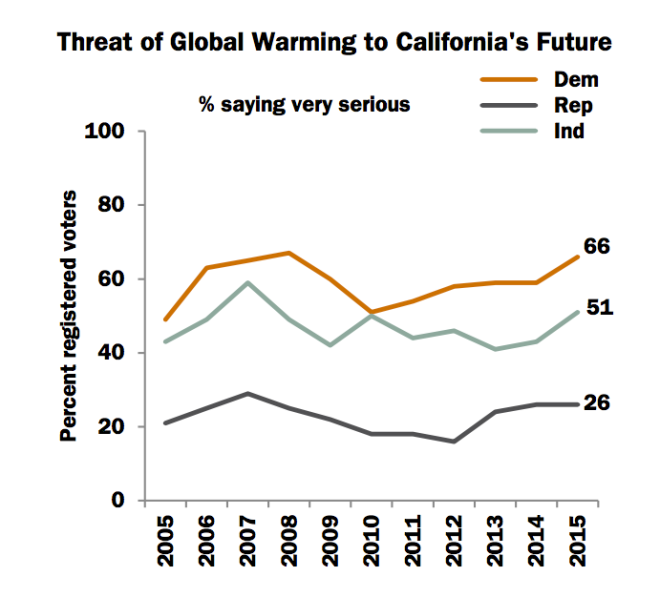 Clear majorities said that climate change was a very serious threat among every ethnic and racial group … except for whites.

California has the most extensive climate law in the nation, and, when its rules passed in 2006, some warned that they would saddle residents with heavy obligations while other states (and countries) continued burning as much fossil fuel as they wanted. But nine years later, support for the law is still high — it seems Californians are happy to step up and start working on this problem before others. 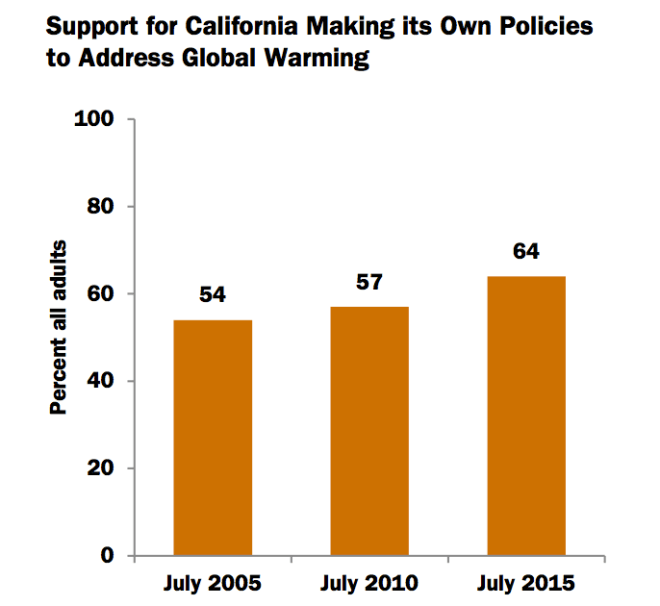 In fact, Californians support proposals the legislature is currently considering to do a lot more: 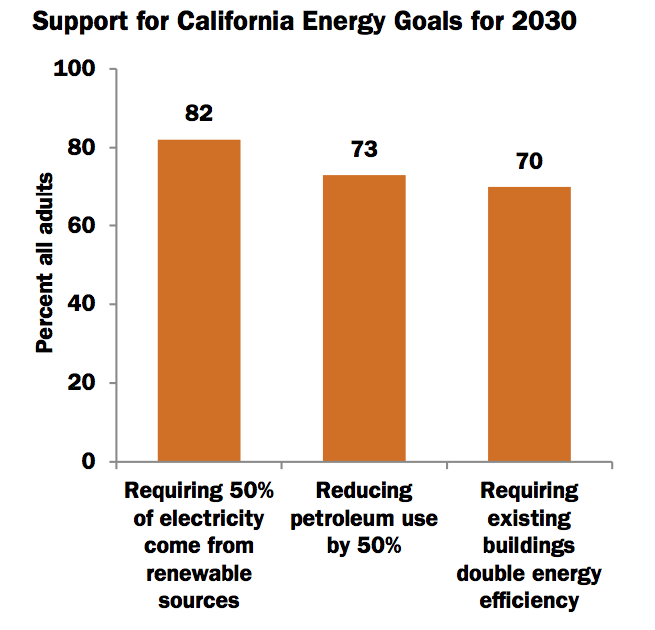 Another poll, which happened to come out the same day, asked Californians more specifically about water policy. The California Water Foundation found that 65 percent of the people it talked to think the drought is part of a serious long-term change, not just a cyclical dry period. When the pollsters asked about the human causes of water scarcity, 38 percent said “inefficient use” and 38 percent said “lack of infrastructure.” Only 11 percent blamed environmental regulations that keep water in the rivers for fish. There was high support for a new water tax “to address the impacts of droughts and improve local, regional and state water supply and water quality.”

Californians seem to want action from their politicians. It’s almost enough to make a fellow yearn for a drought in Washington, D.C. Now if you’ll excuse me, I have to dig my estivation hole before the sun rises too high.

Terrifying map shows depths of hell that is western U.S.