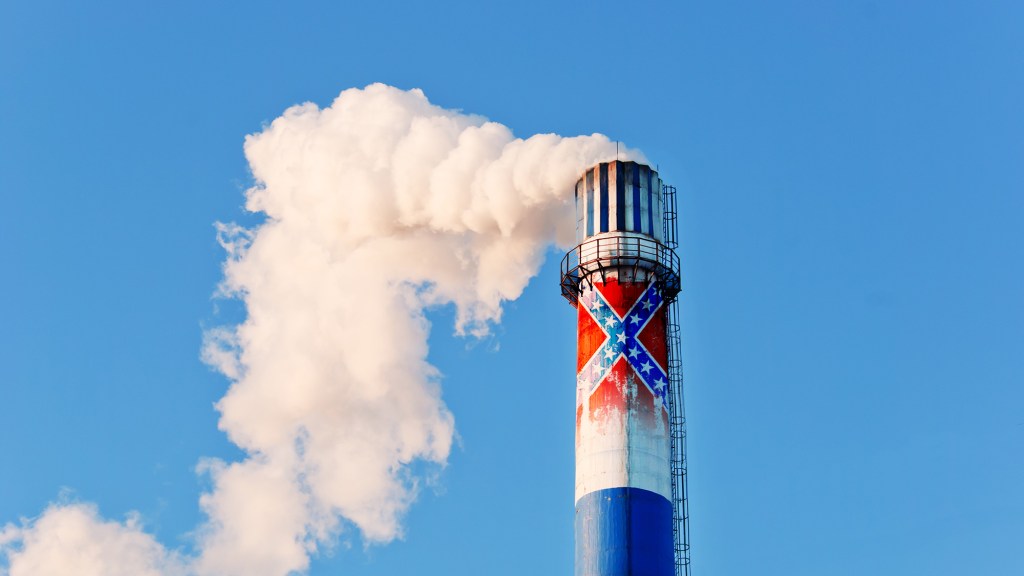 The southeastern U.S. is pre-1990s South Africa, and the brand of apartheid practiced here is of the energy variety. This is how environmental justice scholar Robert Bullard called it two years ago, and a report released yesterday from the NAACP pretty much confirms it.

Clocking in at over 500 pages, the civil rights organization’s new report, “Just Energy Policies: Reducing Pollution and Creating Jobs,” reads like an update of Van Jones’s 2008 book, The Green Collar Economy, showing how far the nation has come, and not come, in advancing clean energy.

The NAACP’s report hinges on the idea that the more that states invest in clean energy and implement diverse and localized hiring practices, the more people of color will benefit in terms of income, employment, and health. Clean energy, in other words, can help create a more just society.

You’re not tracking? Consider that, according to the American Association of Blacks in Energy, African Americans spent $41 billion on energy in 2009, but they only held 1.1 percent of the energy jobs and gained .01 percent of energy sector profits. Meanwhile, the U.S. Bureau of Labor Statistics says there will be 661,000 green construction jobs at the end of this year, and an additional 7.9 million jobs created in other professions supported by green industries.

Perhaps this is why Jacqueline Patterson, the NAACP’s climate justice director and lead author of the new report, said on a conference call yesterday that the “production of energy is a clear civil rights issue.”

The disparity is particularly acute in the Deep South. According to the NAACP report, most states (29) have renewable portfolio standards that guarantee that they will draw a significant percentage of their energy from renewable sources, and even more (43) carry a “net metering” policy allowing households to privately produce wind, solar, or geothermal energy, and then sell part of that energy to utility companies. Twenty-eight states have mandatory or voluntary energy efficiency standards, most of those mandatory.

And then you have states that have little to none of the above: Mississippi, Louisiana, Tennessee, Arkansas, Georgia, South Carolina, and Alabama. Two of them, Georgia and Louisiana, have net metering policies, though with paltry limits, and Arkansas calls for a 0.75 percent reduction in energy use this year. All of them register among the top 10 states whose populations have the largest shares of African Americans. Most of them register among the states with largest share of low-income households. I probably don’t need to point out that these are also the states of the former Confederacy and Jim Crow regimes.

Two more non-Southern states, Nebraska and Kentucky, have low net metering standards, but no renewable energy portfolio or energy efficiency standards. But add in Kentucky with most of the Southern mix, and you have a sizable sampling of the states with the most heavily carbon-reliant economies.

These are also the worst states for health system performance for low-income populations, according to the Commonwealth Fund; and, the worst states for overall health, according to the United Health Foundation and American Public Health Association. Their governors are refusing to expand Medicaid under the Affordable Care Act, and many of their representatives in the U.S. House voted to shut down the government rather than fund the Care Act. They also happen to be the states with the highest levels of racial resentment, and the highest levels of racial polarization when it comes to voting.

It’s probably no coincidence, then, that every single one of the Southern states have photo voter ID laws, or will by next year, five of those designated “strict” by the National Conference of State Legislatures. With the exception of Tennessee, all were covered by the Voting Rights Act’s Section Five provision, which gave the federal government final say over those states’ proposed election law changes due to their history of racial discrimination at the polls — until the U.S. Supreme Court gutted that provision.

It should not surprise anyone that all of the Deep South states in that mix are controlled by Republican governors and legislatures. As elections expert Rick Hasen wrote recently in the Harvard Law Review, “Race remains very much alive in the politics of the Republican Party.”

What I see is a clear connection in those Southern states between fossil fuel dependence, poor health, race- and class-based discrimination, and weak support for civil rights — a constellation of disenfranchisement obscured by Republican-precipitated clouds of pollution.

Can investing in clean energy really help solve this?

Patterson thinks so. “The ‘Just Energy Policies’ report lays out a vision, supported by practical data, of the path to transitioning from energy production processes that are harmful to our communities, to energy efficiency and a clean energy policy landscape that reduces pollution and creates new jobs,” she said in a statement released with the report. “Given double digit unemployment and staggeringly stark wealth differentials for African Americans, the report explicitly details mechanisms for ensuring economic gain for our communities and businesses.”

But if you live in a state ruled by a party that’s unconcerned with race and class inequities, investments in renewables won’t be your state’s cup of tea. In fact, those states are likely outright hostile to such investments, for partisan, racial, and class reasons, in no particular order. Let’s dial back to Hasen, who writes: “Part of the reason that the Democratic Party appeals to minority voters is that it supports policies that benefit minority voters. … On the flip side, part of the Republican opposition to Democratic policies is that they are more redistributive, and that redistribution helps racial minorities who are disproportionately poor.”

If Republican states see clean energy investment as an economic benefit to people of color and low-income, then they won’t do it, regardless of the overall health and economic benefits that this sector could bring to all residents. People of color could coalesce with white people that share their values to vote clean energy obstructionists out of office, but … you know, voter ID laws, not to mention racial gerrymandering when it comes to redistricting, and the other ways these states exploit racial polarization in voting.

The NAACP’s report calls for a mandatory renewable portfolio standard nationwide that guarantees each state draw at least 25 percent of its energy from renewable sources. It also recommends an energy efficiency resource standard that nets a 2 percent annual reduction in energy use, and a “net metering” policy allowing households to privately produce up to 2,000 kilowatts of wind, solar, or geothermal energy, part of which can be sold to utility companies.

“We must push lawmakers to mandate utility companies to carry equal if not more responsibility for pursuing sustainable energy,” the report says.

In the meantime, Bullard’s use of “energy apartheid” is not hyperbole. The blacker and poorer the state, the more dirty energy, poor health outcomes, poor health systems, and voter burdens it suffers.

Worst of all, it doesn’t have to be this way. If there are two things the Deep South has in great abundance, it’s sun and wind.