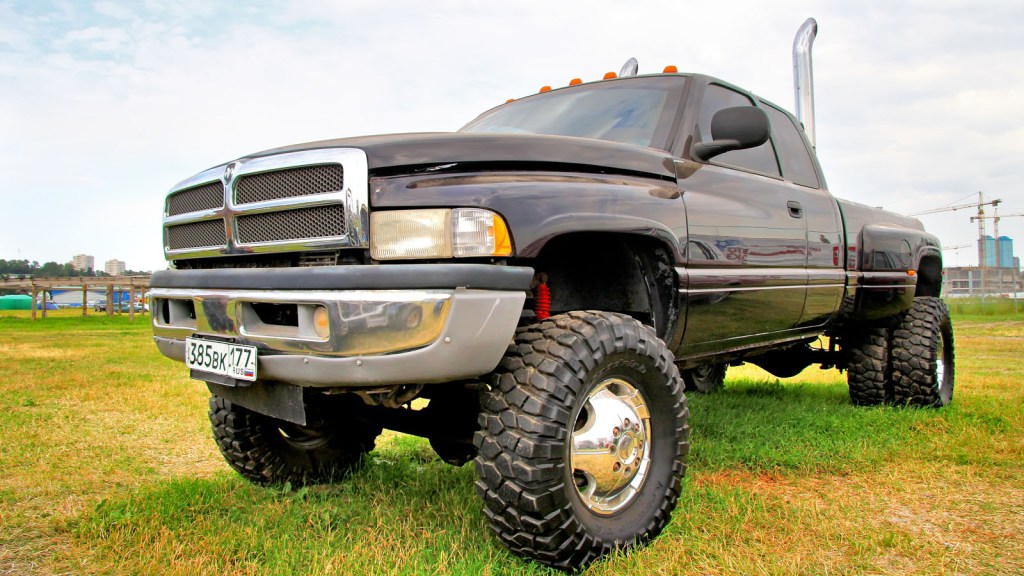 H.L. Mencken is often quoted as saying, “No one ever went broke underestimating the intelligence of the American people.” He got close, but he never uttered those actual words. Probably because he’d never seen these guys:

A hot new trend known as “Rollin’ Coal” is sweeping the stupider corners of the country. If you are unfamiliar with the craze (in the truest, craziest sense of the word), forgive me for bursting your blissful bubble. Coal rollers modify their diesel pickups to get shittier mileage and belch as much pollution as possible, then blast a wall of black to show off to their friends and piss off environmentalists and anyone who likes breathing. “Prius Repellant” decals are a popular accoutrement for rollin aficionados who thought Calvin peeing on things was too subtle.

Elizabeth Kulze at Vocativ has the story:

The pollution pageantry has its origins in Truck Pulls, a rural motorsport where diesel pickups challenge one another to see who can pull a weighted sled the farthest. In order to have an edge, drivers started modifying their trucks to dump excessive fuel into the motor, which gave them more horsepower, torque, speed and a better chance of winning. It also made their trucks emit black smoke, an affectation that apparently won the hearts of country boys everywhere. Today kids will spend anywhere from $1,000 to $5,000 modifying their pickups for this sole purpose; adding smoke stacks and smoke switches (which trick the engine into thinking it needs more gas), or even revamping the entire fuel system.

Aside from being macho, the rollin’ coal culture is also a renegade one. Kids make a point of blowing smoke back at pedestrians, in addition to cop cars and rice burners (Japanese-made sedans), which can make it dangerously difficult to see out of the windshield. Diesel soot can also be a great road rage weapon should some wimpy looking Honda Civic ever piss you off. “If someone makes you mad, you can just roll coal, and it makes you feel better sometimes,” says Ryan, a high school senior who works at [a diesel garage in South Carolina]. “The other day I did it to this kid who was driving a Mustang with his windows down, and it was awesome.”

Now, Rollin’ Coal has become more than just a way for young dudes with too much money and too little sense to blow off steam — it’s become a weapon in the culture wars. (A weapon that sometimes backfires.)

While much of the world struggles to make diesel a cleaner alternative, these jack-holes are intentionally filthying it up. That’s right, these Einsteins have decided the best way they can get at you is to make their already un-thrifty vehicles way way way more wasteful. Right now, the average price of a gallon of diesel in the U.S. is $.56 more than a gallon of gas. The thinking seems to be, “I hate you and your clean air! I’ll show you by mutilating my truck and burning my money a $3.86 gallon at a time!”

Couldn’t these morons just teach us a lesson this way?