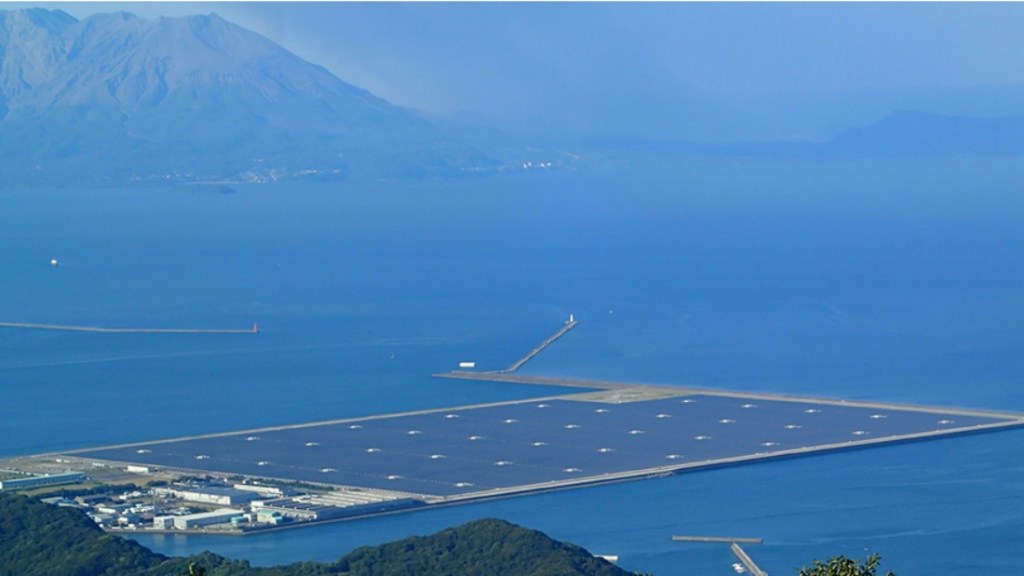 Japan has been thinking creatively about electricity since the Fukushima meltdown nearly three years ago.

Dozens of nuclear power plants remain in the “off” mode while leaders and citizens tussle over whether nuclear power can ever be safe. That has left the gas-and-oil-poor country heavily dependent on expensive fossil fuel imports. So it has been turning to cleaner alternatives, using subsidies to help get tens of thousands of renewable energy projects off the ground. We told you recently that offshore wind turbines are being built near the crippled Fukushima Daiichi Nuclear Power Plant, part of an effort to turn the contaminated region into a hub for clean energy.

And now, for another Japanese endeavor into safe, low-carbon energy, look again to the sea. Smithsonian Magazine reports:

[In November,] Japan flipped the switch on its largest solar power plant to date, built offshore on reclaimed land jutting into the cerulean waters of Kagoshima Bay. The Kyocera Corporation’s Kagoshima Nanatsujima Mega Solar Power Plant is as potent as it is picturesque, generating enough electricity to power roughly 22,000 homes.

Projects like these could help crowded coastal countries and metropolises install expansive solar arrays. Not much good for boating or wildlife, though.