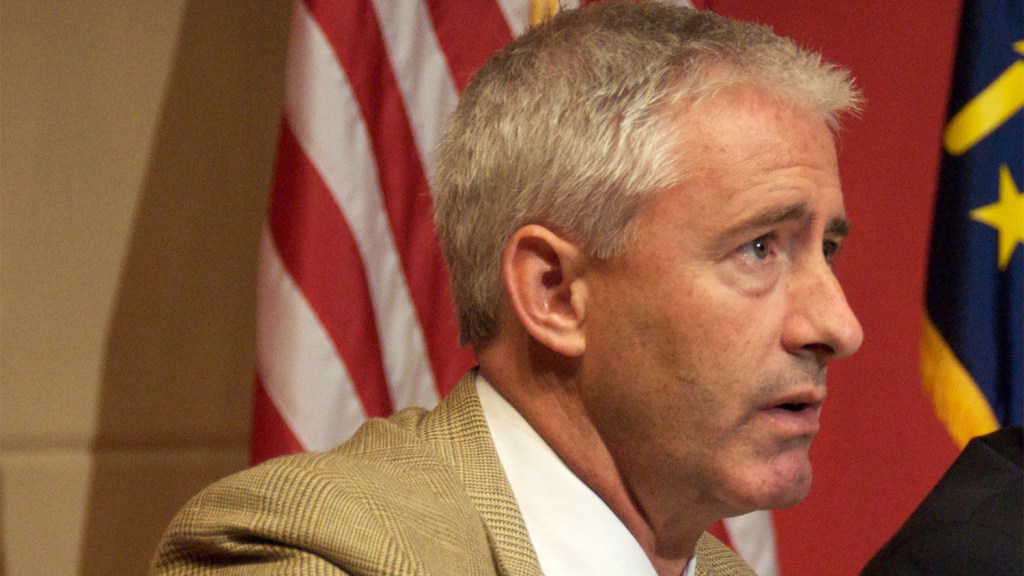 Christopher Horner has made his career fighting climate change, but not in the way you’re thinking: He’s been fighting the notion that it exists at all.

Horner is senior fellow and lawyer for the Competitive Enterprise Institute — a think tank devoted to promoting free market ideals and less governmental regulation of industries like tobacco and fossil fuels. You know, the good guys. Horner is also a vocal climate denier, and has written books with titles like The Politically Incorrect Guide to Global Warming (and Environmentalism) and Red Hot Lies: How Global Warming Alarmists Use Threats, Fraud, and Deception to Keep You Misinformed. He makes regular appearances on Fox News when they need an expert on the climate change hoax, and his Twitter feed looks like a tween conspiracy theorist’s.

One of Horner’s preferred tactics is to inundate climate researchers with records requests so they get too bogged down with his bullshit to do actual work. He was also an instrumental figure in promoting the smear campaign known as “Climategate,” in which thousands of emails and other documents were hacked from a server at the Climatic Research Unit at the University of East Anglia in the U.K. Conservative groups and climate deniers used the documents to allege a systematic attempt on the part of scientists to defraud the public about the causes of global temperature increases. Unfortunately for Horner (and the planet), eight subsequent investigations revealed no wrongdoing on the part of the researchers.

The question is: Why? What drives a seemingly intelligent (or at least educated) human being to look decades of scientific data in the eye and go, “Nah. The world is cooling. Definitely cooling.”

The Intercept analyzed bankruptcy filings of the one of the largest coal companies in America, Alpha Natural Reserves, and found line items for Horner’s home and work — suggesting Horner’s work spouting bullshit about global cooling is paid for by Big Coal itself. The Intercept’s Lee Fang reports:

The Alpha Natural Resources filing corroborates the suggestion in a recent email from chief executives of major coal firms that they are underwriting Horner’s current work.

In early June this year, the Coal & Investment Leadership Forum, a trade show, sent this message to its email list: “As the ‘war on coal’ continues, I trust that the commitment we have made to support Chris Horner’s work will eventually create great awareness of the illegal tactics being employed to pass laws that are intended to destroy our industry.” The email was signed by Alliance Resource Partners’ Joe Craft III, Alpha Natural Resources’ Kevin Crutchfield, Drummond Company’s Gary Drummond, Arch Coal’s John Eaves and United Coal Co.’s Jim McGlothlin.

Well, would you look at that. Color us surprised. It’s almost like this dude cares more about his own wallet and insane political agenda than he does the fate of this poor spinning planet we call home. Sounds like he’d make a great presidential candidate.