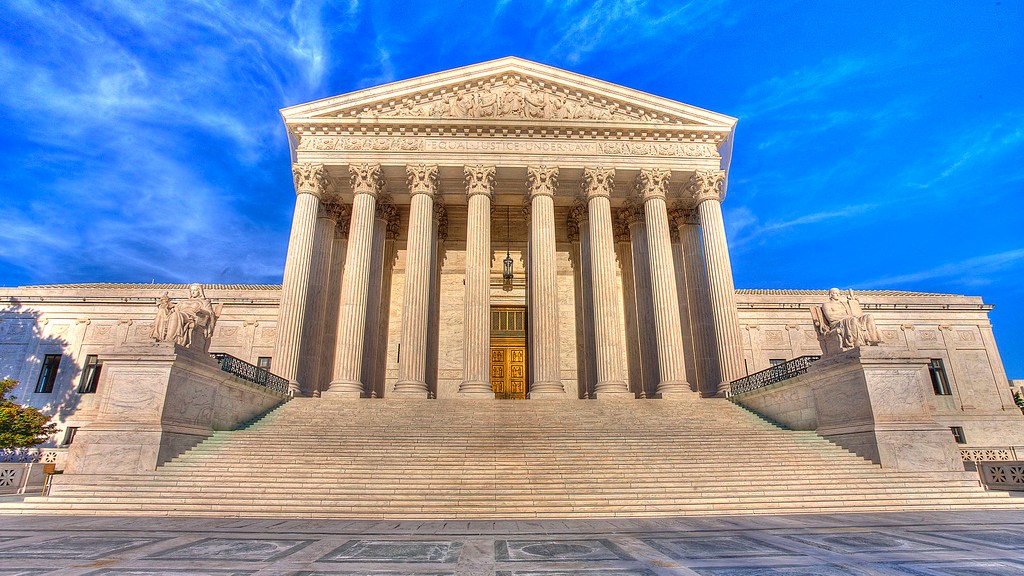 The Supreme Court hears argument Tuesday in EPA v. EME Homer City Generation — a case that offers everything a Supreme Court junkie could ask for in a potential blockbuster.

An industry challenge to an important Obama administration policy? Check. A decision by conservative judges on the D.C. Circuit striking down that policy? Check. Important stakes for the lives of ordinary Americans? Check. An early gift from Santa for Supreme Court junkies like me? Perhaps.

Let’s begin with the basics. EME Homer involves a challenge to the Environmental Protection Agency’s Cross-State Air Pollution Rule, a rule designed to address the longstanding problem of interstate air pollution. Simply put, pollution generated by power plants and factories in upwind states inevitably drifts downwind into other states, putting the health of millions of citizens in those states at risk. Congress has been trying to solve this problem for decades and, through the Clean Air Act, has given the EPA authority to address it — authority that the EPA has used to design the new rule at issue in EME Homer. However, the D.C. Circuit struck down this rule last year in a 2-1 decision [PDF] authored by conservative darling Brett Kavanaugh over a powerful dissent by Judge Judith Rogers.

These background facts alone ought to make EME Homer a case worth watching, but there’s more — much more. Here are six reasons to keep an eye on EME Homer:

1. Lives hang in the balance: As lawyers, we often get stuck in a morass of legalisms like “Chevron deference,” “stare decisis,” and “administrative exhaustion.” However, in cases like EME Homer, it’s also important to step back and consider the human stakes. Simply put, if the government wins, fewer people in downwind states will get sick and die from air pollution — especially children and the elderly. Both the EPA [PDF] and the American Thoracic Society [again, PDF] peg the number of saved lives per year in the thousands — to say nothing of the non-fatal heart attacks, respiratory ailments, and missed days of work and school also prevented by reducing air pollution in downwind states.

2. Case No. 1 in an environmental double-header: This Supreme Court term is shaping up to be the biggest one for the environment since the Roberts Court decided Massachusetts v. EPA in 2007. The Court is slated to decide not just EME Homer this term, but also a challenge to the EPA’s recent efforts to regulate greenhouse gas emissions (Utility Air Regulatory Group v. EPA). As a reminder, Mass. v. EPA was a huge victory for the environment, with the Court clearing the way for the EPA to begin regulating greenhouse gas emissions under the Clean Air Act. The decisive vote was cast by Justice Anthony Kennedy. With the Obama administration pressing ahead with new regulations, this term may offer important clues as to where the Roberts Court — and especially Justice Kennedy — will stand in key environmental cases moving forward.

3. Another big term for big business?: EME Homer is also the first big case of the term for the U.S. Chamber of Commerce, which weighed in with an amicus brief in support of those challenging the EPA’s new rule. Studies by Constitutional Accountability Center show that the Chamber has won the vast majority of its cases before the Roberts Court overall — and a staggering 88 percent of them since 2011-2012 term. Furthermore, the Chamber has gone 8-and-2 in its environmental cases since Chief Justice John Roberts and Justice Samuel Alito joined the court and, following a crushing defeat in Mass. v. EPA, is on a seven-case winning streak in environmental cases overall. Will this winning streak continue in EME Homer?

4. Don’t forget the founders: When they drafted and ratified the U.S. Constitution, the founders envisioned a national government with the power to address genuinely national problems, including problems that spilled across state lines and threatened interstate comity. Cross-state air pollution is just this sort of problem. And, as we at Constitutional Accountability Center argue in our EME Homer amicus brief, when Congress and the executive branch are acting to address such a problem, their efforts are entitled to great deference from the judiciary.

5. Conservatives, to thine own legal selves be true: For close court watchers, EME Homer also presents an intriguing legal dilemma for members of the Roberts Court’s conservative wing. Usually, when a lower-court judge loosens procedural rules to let parties raise new arguments that should have been raised in earlier proceedings and then goes on to read certain policies into, at best, an ambiguous statute (and over and above a contrary interpretation by a government agency), he or she can expect a rough welcome from the Court’s conservatives. Will conservative favorite Brett Kavanaugh — called out for both of these judicial crimes by Judge Rogers in her EME Homer dissent — receive similar treatment? And how will Justices Antonin Scalia and Clarence Thomas, in particular, respond, given that they both reaffirmed their commitment to deferring to government agencies just last term in City of Arlington v. FCC?

6. President Christie, I’m ready for my close-up: Judge Brett Kavanaugh plays a leading role in both of the big environmental cases before the Court this term, having written the majority opinion in EME Homer and an important dissent in the greenhouse gas cases. More important, he’s a rising star in the conservative legal firmament — a graduate of Yale Law School and former clerk to Justice Kennedy who went on to work on the Starr Report and then as an aide to President George W. Bush. Given his impressive academic, professional, and political credentials, Judge Kavanaugh would likely be on any Republican president’s Supreme Court short list. And his current position on the D.C. Circuit makes this all the more likely. Just ask Chief Justice Roberts, as well as Justices Scalia, Thomas, and Ruth Bader Ginsburg — all of whom served on the D.C. Circuit before joining the Supreme Court.