This year's wildfires could incinerate the nation's fire budget 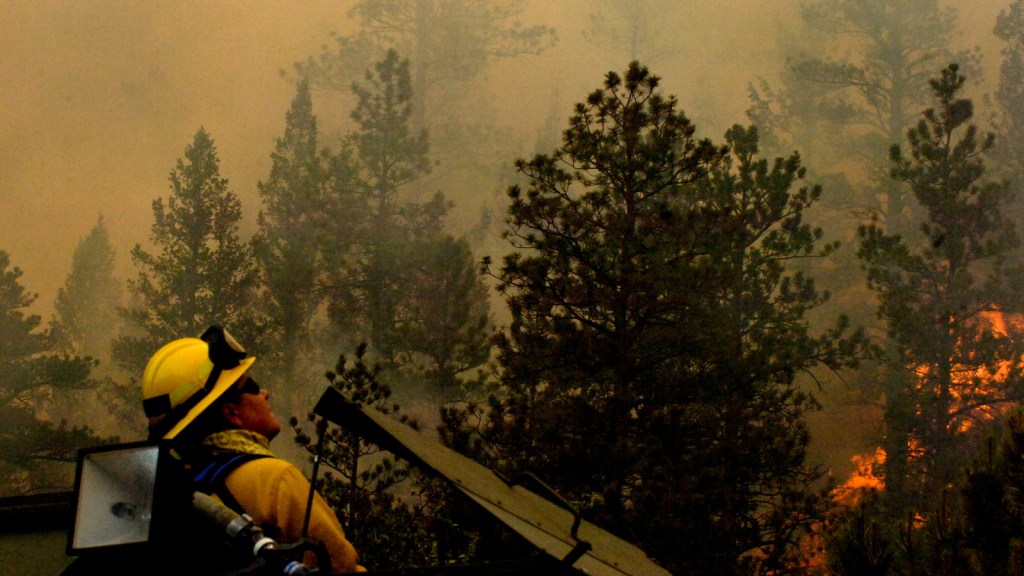 A firefighter at the scene of Colorado's High Park fire in 2012. The National Guard
Climate & Energy

This year’s wildfires could incinerate the nation’s fire budget

The upcoming wildfire season could cost $400 million more to fight than the Forest Service and Interior Department have in their available budgets, according to a report those agencies released Thursday.

The forecast estimates that the Forest Service and Interior will need to spend a combined total of about $1.8 billion fighting wildfires this year (though the actual amount could be significantly higher or lower), while only $1.4 billion is available for that activity. The difference will have to be drawn out of the budget reserved for other activities, including fire-related work like clearing brush and controlled burns. In other words, the cost of fighting fires will take resources away from the very programs designed to keep fires in check.

The projected expenditures are the highest in several years, according to a statement from the U.S. Department of Agriculture, which oversees the Forest Service. After record-breaking drought in the West over the last year, this year’s fire season is expected to be especially frightful — by mid-April, California had already tallied nearly 1,000 fires for 2014 (without even counting fires occurring on federal land).

“With climate change contributing to longer and more intense wildfire seasons, the dangers and costs of fighting those fires increase substantially,” Interior Dept. Assistant Secretary Rhea Suh said in the statement. Here’s a quick explainer on the climate-wildfire connection:

If you live in a wildfire-prone area, don’t panic — federal firefighters will still be hard at work across the country this summer. But this is a familiar song and dance for the Forest Service: The agency has had to borrow against itself for firefighting costs in seven of the last 12 years. (Last year was especially bad, as the sequester slashed the fire prevention budget.) The problem stems from the fact that firefighting costs have to be drawn out of the agency’s fixed operating budget, rather than a special emergency fund like the kind used by FEMA to pay for recovery from other natural disasters. When costs exceed that budget, preventative programs — which likely do more to limit the devastation than firefighting itself — suffer.

“This is obviously not a sustainable approach to managing any budget,” especially with the high firefighting costs of recent years, said Nature Conservancy policy analyst Cecilia Clavet.

Budget legislation recently introduced in Congress and backed by the White House aims to remedy the recurring problem by creating an emergency fund for federal firefighting agencies to tap when their costs go beyond the fixed budget. But that bill is still in its early stages, and in any case it would only take effect starting in fiscal year 2015, which begins in October — after the fire season has largely passed.