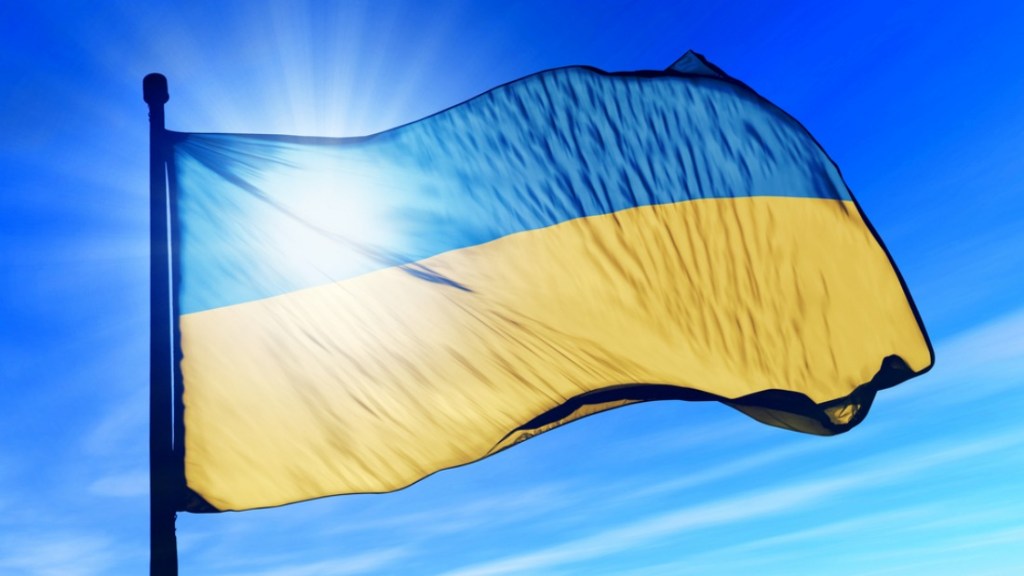 It took a military invasion to get Ukrainian leaders to look seriously at renewable energy.

Ukraine is buying up as much natural gas as it can from Russia before its military tormentors cut off the spigot. Russian President Vladimir Putin said on Thursday that his Eastern European neighbor had a month to pay its back bills or be forced to start paying in advance for its gas. Bloomberg analyzed energy data and reported Monday that Ukrainians nearly trebled their daily gas imports following Putin’s statement.

But the crisis hasn’t just triggered a fossil fuel buying spree. It has prompted Ukrainian officials to reimagine their embattled nation’s very energy future. From a separate Bloomberg article:

Ukraine is seeking U.S. investment in its biomass, wind and solar power industries. The idea is to use renewable energy to curb its reliance on fuel imports from Russia, which annexed Ukraine’s Crimea region last month and has troops massed on the border.

“Russia’s aggression towards Ukraine indeed brought energy security concerns to the fore,” Olexander Motsyk, Ukraine’s ambassador to the U.S., said at a renewable-energy conference at his country’s embassy in Washington yesterday. “I strongly believe the time has come for U.S. investors to discover Ukraine, especially its energy.” …

[T]he Energy Industry Research Center said Ukraine’s heating supply accounts for about 40 percent of all gas imported from Russia, which could be replaced with renewable energy within three to five years.

Unfortunately, the Ukrainians are a little late getting started on a green energy blitz. By 2030, hopefully long after military tensions have eased, the country could be getting just 15 percent of its energy supply from renewables, the Energy Industry Research Center estimates — up from a miserable 2 percent today.