Even as someone who spends most of her time thinking about climate change, it’s easy for me to forget about the looming danger of changes happening at the bottom of the earth. But Lewis Pugh, a British endurance swimmer and ocean advocate, doesn’t want anyone to forget about the melting glaciers of Antarctica, and to get our attention, he decided to go for a swim.

On January 23, Pugh, who’s 50, became the first person to swim in one of the supraglacial lakes of East Antarctica. These are lakes and rivers that form on the surface of thick glacial ice as it melts from above. A study of supraglacial lakes in Antarctica published last fall found more than 65,000 of them at the peak of the summer melt season in January 2017. Most of the lakes were spotted on the ice shelf, the part of the glacier that hangs over the ocean and is not grounded on the seafloor, making it more vulnerable to calving (i.e., falling off).

In nothing but a swim cap and a Speedo, Pugh dove into water that was just above 32 degrees F and swam for 10 minutes. As he navigated the channel, a chunk of ice cracked and sent an ominous “boom” through the water.

“I swam here today as we are in a climate emergency. We need immediate action from all nations to protect our planet,” Pugh told the BBC. The stunt was part of a larger campaign to create a marine protected area in East Antarctica. 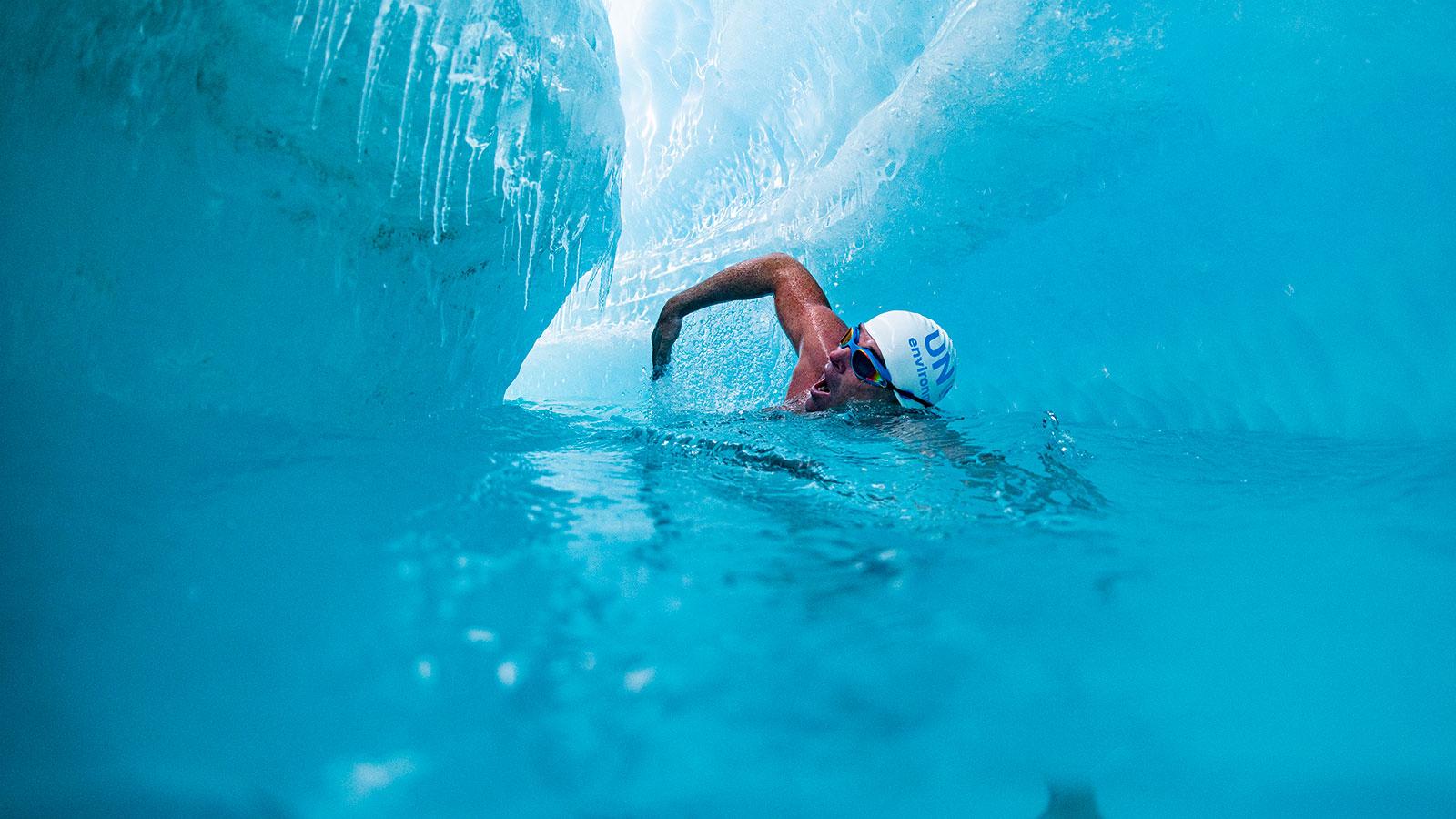 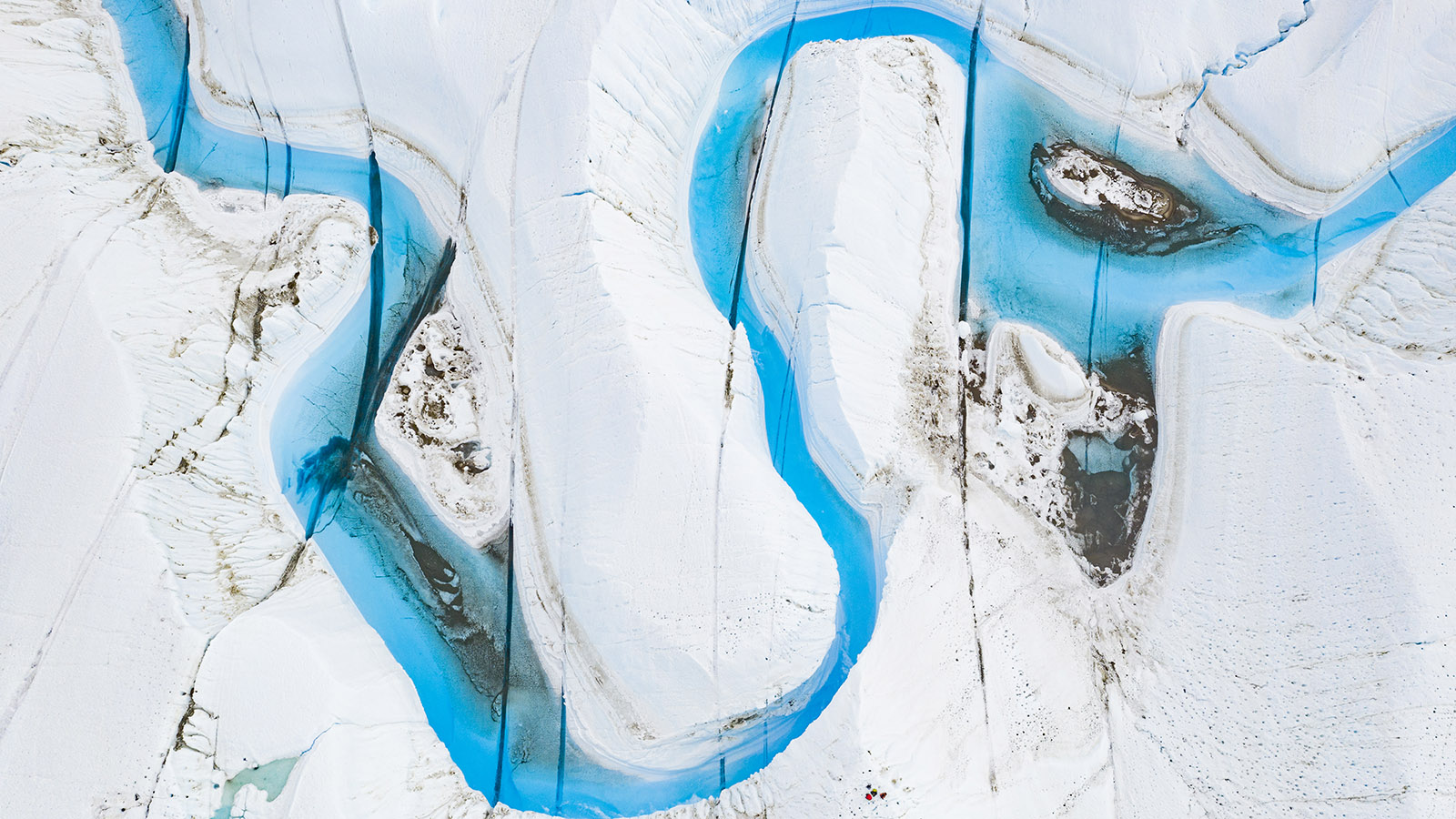 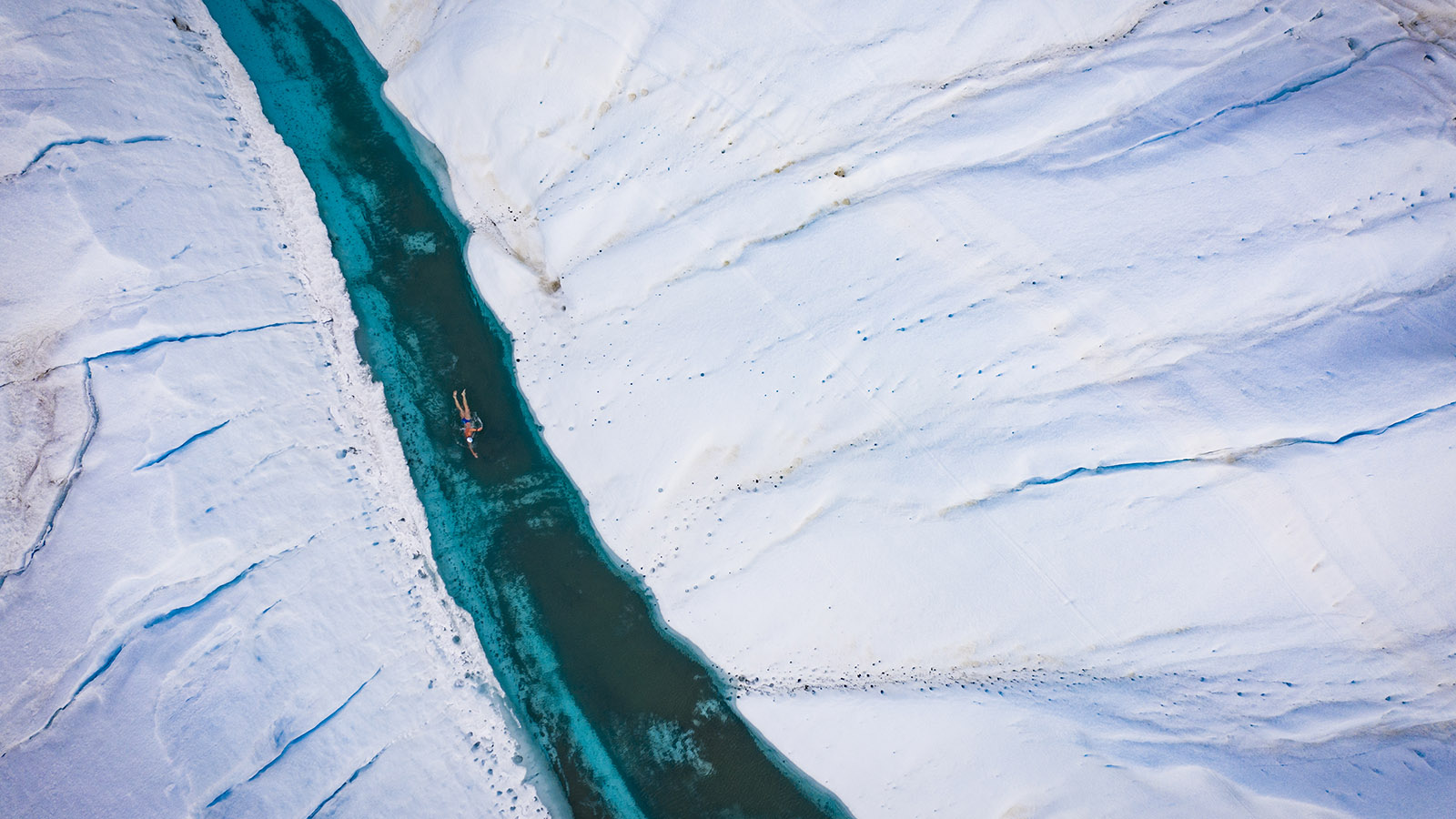 Pugh’s icy swim wasn’t the only first near the South Pole this month. Across the continent, in West Antarctica, scientists deployed at the Thwaites Glacier made the first observations of a pool of warm water melting the ice from below. Scientists drilled through the ice right near the “grounding zone,” the boundary between the part of the glacier that’s resting on the seafloor and the part of it that extends over the open ocean, forming a shelf. They measured temperatures below the ice of more than 2 degrees F above the freezing point of the seawater.

“The fact that such warm water was just now recorded by our team along a section of Thwaites grounding zone where we have known the glacier is melting suggests that it may be undergoing an unstoppable retreat that has huge implications for global sea-level rise,” said David Holland, director of New York University’s Environmental Fluid Dynamics Laboratory, in a press release.

The Thwaites Glacier, which is about the size of Florida, holds the rest of the West Antarctic Ice Sheet together. The collapse of Thwaites alone could lead to about 3 feet of sea-level rise. If you, like me, don’t think about melting glaciers nearly enough, here’s a helpful tool from NOAA that will help you visualize what your neighborhood will look like if that happens.

In addition to the temperature measurement, scientists also sent a camera down to the grounding zone for the first time and captured footage of the ice melting from beneath. “There are a few places where you can see streams of particles coming off the glaciers, textures and particles that tell us it’s melting pretty quickly and irregularly,” Britney Schmidt, a glaciologist at the Georgia Institute of Technology, told the Atlantic.

Antarctica’s glaciers are melting from above and below, like a Popsicle that you just can’t lick fast enough to keep under control.

Harvard alumni are turning up the heat on fossil fuel divestment