Clean clothes or clean oceans? Now you don’t have to choose. 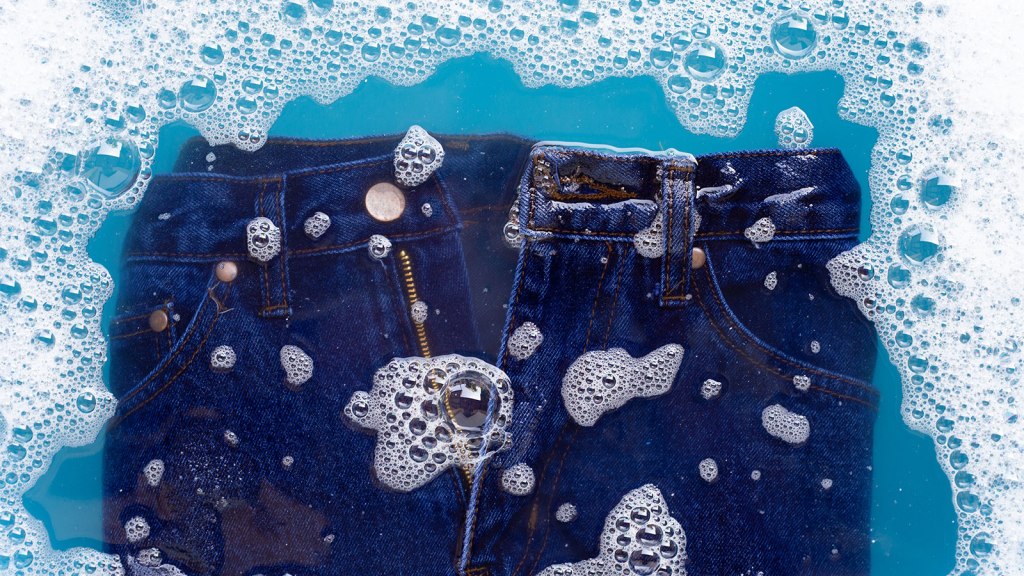 Clean clothes or clean oceans? Now you don’t have to choose.

Everyone knows the basics of keeping pollution out of the environment: reduce, reuse, recycle. But recent research on the way people do their laundry adds a new wrinkle to that decades-old mantra. When it comes to reducing waste, reducing the temperature of the water in your washing machine makes a difference, too.

The study, published in the science journal PLOS ONE in the beginning of June and funded by the laundry detergent manufacturer Procter & Gamble, calculated the amount of microfibers released by washing machines in 23 European countries. It found that more than 28 million pounds of microfibers are being flushed into marine environments every day — two dump trucks’ worth. Those tiny microfibers come out of clothing during wash cycles and are released into rivers and eventually the ocean, causing damage to marine animals and ecosystems.

Luckily, there’s a way to cut down on the volume of those microfibers without hand-washing everything or living out the rest of your days in the same pair of sweatpants. By testing European and North American washing machines, the researchers found that reducing the temperature and length of wash cycles produced a marked difference in microfiber shedding. In fact, washing a load at 59 degrees F for 30 minutes as opposed to 104 degrees F for 85 minutes produced 30 percent less microfibers. (It may be hard to recreate these conditions at home, since the temperature of cold water varies from place to place, generally between 60 and 80 degrees F, but the research shows that colder and shorter overall is better.) Washing full instead of partial loads, too, helps reduce the amount of microfibers flowing out of your washing machine during a cycle.

Washing your clothes at cooler temperatures for less time might sound icky, particularly in coronavirus times. But Nellie Brown, director of Workplace Health and Safety Programs for the Worker Institute at Cornell University and an industrial hygienist by trade, says cold water doesn’t leave your clothes looking or feeling gross — in fact, she’s been washing her clothes on the cold cycle for years now. That’s because most modern detergents are formulated to work even in cold water, and because water temperature matters less than giving your clothes enough space to move around. “For laundry to be actually cleaned properly, you’ve got to be able to get the fabric flowing around with the detergent or soap suspended in it so it can reach all of the fabric,” she said. “Then during the spin cycle you have to make sure it gets rinsed thoroughly so there’s no residue.”

In order to ensure the results of the new study — which was the first of its kind — were accurate, the authors consulted with a forensics expert to ensure there was no cross-contamination of microfibers. (The study notes that the expert “has worked on several high-profile murder cases.”) Their analysis revealed that each kilogram of fabric (about 2.2 pounds) produced 114 milligrams of microfibers. Ninety-six percent of those fibers came from natural materials — cotton, wool, and the like. Just 4 percent of them came from synthetic fibers like nylon, polyester, and acrylic.

Neil Lant, a research fellow at Procter & Gamble who was involved in the study, said that how consumers choose to wash their clothes won’t solve the problem of microfibers seeping into the environment. But he did note that these best practices “could achieve a meaningful short-term reduction while other solutions such as washing machine filters and low-shedding clothing are developed and commercialized.”

Brown, who spent five and a half years as a chemist at a sewage treatment plant, thinks it’s great that researchers are looking more closely at how everyday habits affect the environment. “If this reduces the amount of microfibers going out into the environment, that’s terrific,” she said. For people looking for a little extra incentive to wash their clothes differently, the study also found that washing loads in colder water for shorter periods of time substantially reduces whiteness loss and color fading — and helps your clothes stay intact for longer, so you don’t have to replace them as often. A laundry method that helps you reduce pollution and reuse your clothes longer? That’s an environmental win-win.