Climate change could take weather patterns back to the Pliocene 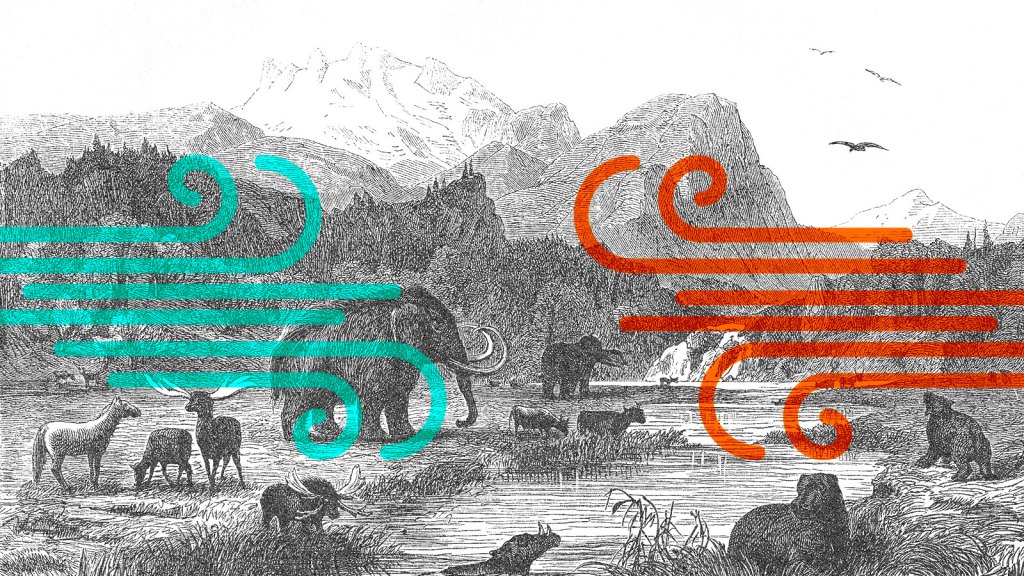 Climate change could take weather patterns back to the Pliocene

The West Coast drinks from the wind. When westerly gales carry humid air from the Pacific Ocean into the Sierra Nevada and the Cascade mountain ranges, the West turns green, orchards blossom, and reservoirs swell. When those westerlies deflect to the north, hills turn brown, cities ban sprinklers, and forest fires flare.

There are consistent bands of westerly winds at about 40 degrees latitude in both hemispheres — near San Francisco in the northern hemisphere, and near Concepción, Chile, in the south. Over the past few decades scientists have seen these westerlies creeping toward the poles. If this shift is a result of climate change and continues, it could have profound implications: Over the next century, Seattle might become as dry as Los Angeles, and California could settle into an era of unending drought.

So are the westerlies going to keep drifting away from the equator? Well, if you want to know how the climate-changed future will unfold, look at the past: In the Pliocene, 2.6 to 5 million years ago, carbon dioxide levels were about what they are today but with warmer temperatures. And a new paper, just published in the journal Nature, provides evidence that back then the westerlies were closer to the poles.

The scientists didn’t intend to chart the paths of ancient winds. They started off by studying the dust blown off the steppes of Asia that has swirled down for millenia to form the muddy bottom of the Pacific Ocean. While examining the layers of sediment on the ocean floor, they realized they were able to spot a change in the prehistoric winds.

“As we are looking at these dust records, we saw that the dust goes up a lot 2.7 million years ago,” as the Pliocene climate was cooling, said Jordan Abell, the paper’s lead author and a doctoral candidate in earth and environmental sciences at Columbia University’s Lamont-Doherty Earth Observatory. Back then, the climate took a cold turn. As temperatures cooled and ice-caps grew over the north pole, the winds began dumping a lot more dust into a previously windless site closer to the equator.

This makes some intuitive sense. Weather tends to happen in the spots where warm air meets cold. “The weather is more intense where the temperature gradient is steep,” Abell said. “When you have ice over your poles it’s going to cool the air and move that gradient toward the equator.”

Now we may be witnessing the phenomenon in reverse: As ice caps dwindle, prevailing winds could slide away from the equator. That doesn’t guarantee it’s going to happen in the near future. This paper isn’t about how the weather patterns will shift in the next generation, it’s about how things are likely to change over the next century. In the long term, the trajectory is not back to the future, but forward toward the Pliocene.