Now some meteorologists are taking the conversation a step further and talking not just about the science of climate change, but how we can solve it.

At the 100th annual meeting of the American Meteorological Society (AMS) in Boston earlier this month, a panel of broadcast meteorologists, climate communicators, and policy experts assembled to discuss how solutions to the climate crisis can be woven into TV weather reporting. While wading into politics on the air can carry career risks for many meteorologists, weathercasters are also uniquely positioned to educate the public about climate solutions in a nonpartisan way, whether that’s by delivering locally tailored forecasts of renewable power production or discussing climate resilience strategies in the wake of a major storm.

“Broadcasters have an unusually good platform from which to engage,” said Ed Maibach, the director of the Center for Climate Change Communication at George Mason University, during the panel. “You not only have the access but consistency of relationships with an audience.”

In recent years there’s been a seismic shift on climate change within the weather reporting community. In a 2011 survey of AMS members and the National Weather Association, less than 20 percent felt sure humans are the primary driver of global warming, a statistic that Maibach attributes, in part, to an “aggressive misinformation campaign by the Heartland Institute,” a climate change–denying think tank. But by 2017 that figure had jumped to 80 percent. That’s thanks largely to the efforts of the educators who organized Climate Matters, a climate reporting resource developed by the nonprofit Climate Central, the AMS, and various governmental and academic partners.

The program includes graphics and interactives TV meteorologists can use on air to easily illustrate, say, the linkages between an extreme weather event and climate change. Since 2010, its organizers, including Maibach, have also hosted teaching sessions, workshops, and even conflict-resolution meetings to bring more broadcasters on board with the science of human-caused climate change. The work has paid off: Over the past 8 years, weathercasters telling local stories about climate change has increased more than 50-fold, Maibach told Grist.

“I think the needle has definitely moved on broadcasters talking about climate change,” Marshall Shepherd, a professor of atmospheric sciences at the University of Georgia, told Grist. “The program at Climate Central probably has been the key. They make it so easy.”

For TV meteorologists who are now skilled climate science communicators, discussing solutions is the next logical step. That might mean reporting on local government efforts to adapt to climate change. Michael Page, a broadcast meteorologist at NBC 10 in Boston, has reported stories on how the city is preparing its infrastructure for sea level rise. Tom Coomes, the chief meteorologist for ABC 57 News in South Bend, Indiana, is currently working on a segment about a climate resiliency effort underway in the nearby city of Goshen. Because flooding is a huge issue for the town and across Indiana more broadly, this includes things like buying up flood-prone land to prevent its development. Telling stories about how his local area is responding to climate change is “just good journalism,” Coomes told Grist. 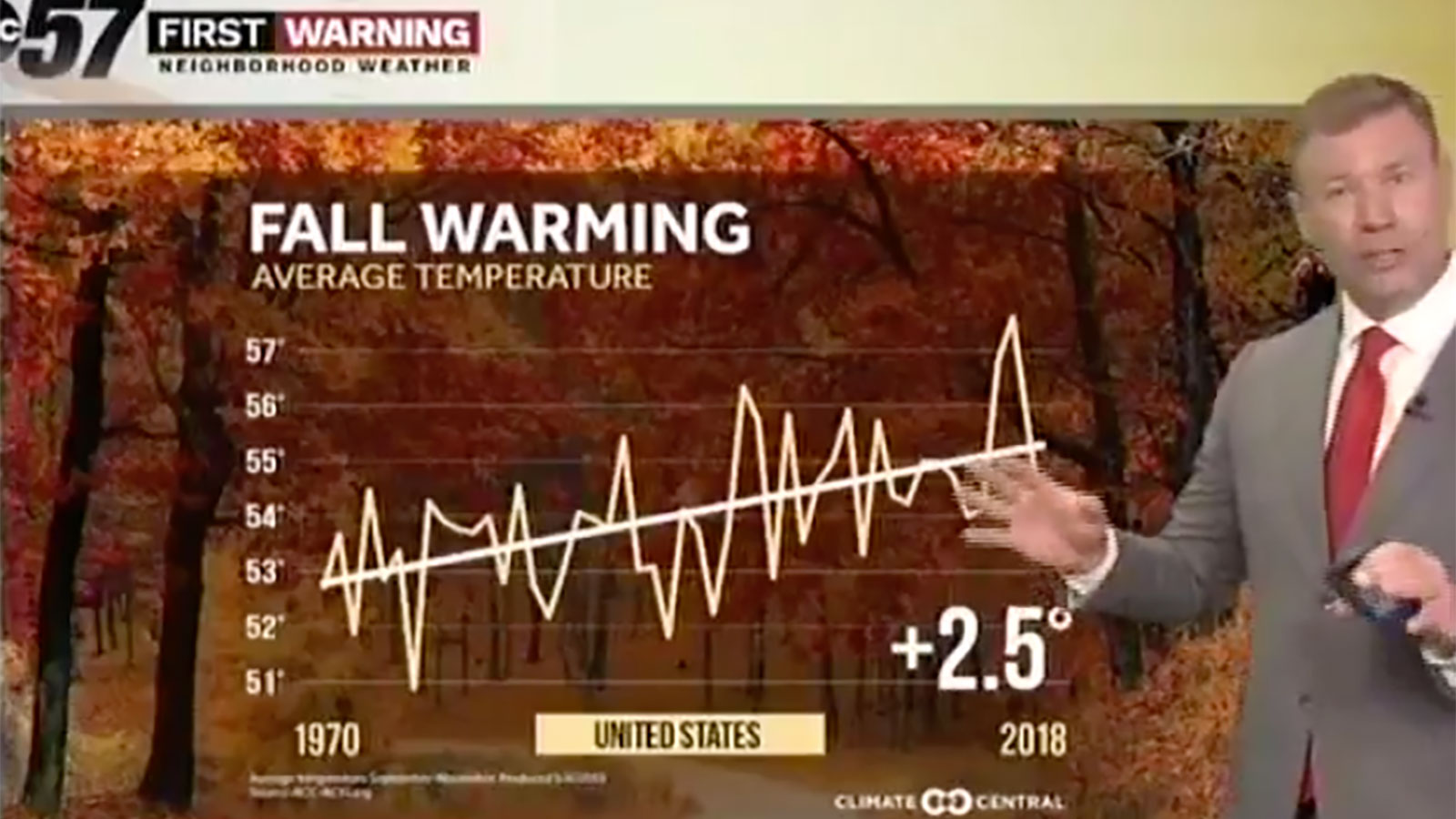 “I’m doing nothing here. Just reporting on and holding the government accountable to what decisions they have made, and letting the public know this is their plan for the future,” Coomes said.

During the panel, Maibach emphasized the importance of solutions stories that focus on governance, but some meteorologists are also getting questions from their audiences on what they, personally, can do to lower their carbon footprints or prepare for a changing climate. Page, from Boston, reported a story on how people can reduce the climate impact of their diet. And Jim Gandy, the former chief meteorologist for WLTX in Columbia, South Carolina and the first participant in the Climate Matters program back in 2010, turned viewers’ interests into a recurring climate solutions segment.

Gandy’s solution? Show his viewers how to garden. He convinced WLTX to set up a vegetable garden behind the station, and the breakout segment “Gandy’s Garden” became a regular fixture of his evening weather report. In the segment, Gandy would show viewers what he was growing and discuss gardening tips, including how to irrigate and the best way to deer-proof your plot. More than a hyper-local form of climate adaptation, the garden “clued me into some of the subtle changes that were taking place in our climate,” Gandy said. Whenever possible, the weathercaster would discuss how a flood or a heatwave was impacting the garden.

Since Gandy retired from TV in the spring of 2019, the segment has continued. “It became very popular — so popular I couldn’t get rid of it,” Gandy said. 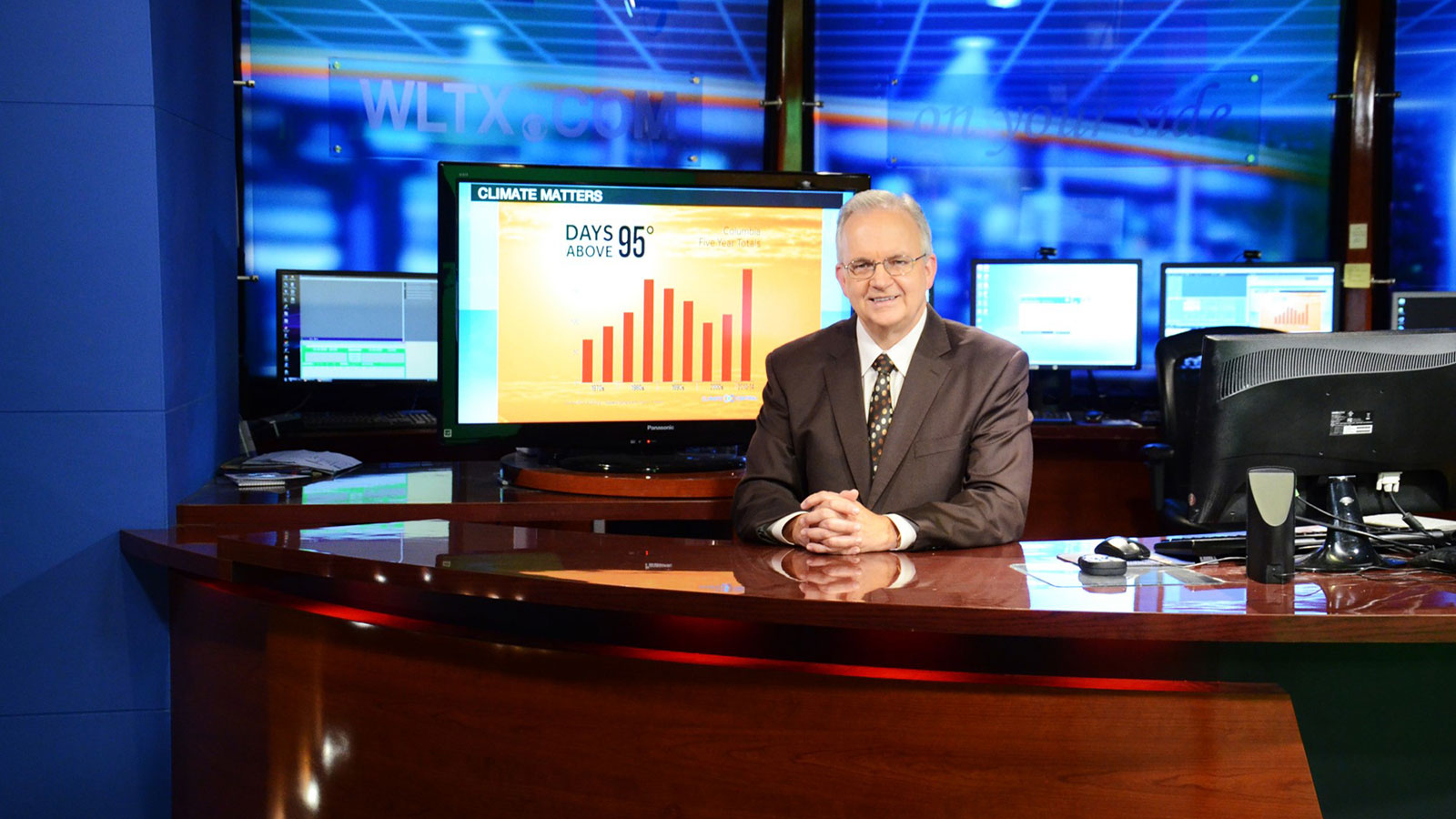 Not every TV meteorologist can become a part-time urban farmer, of course. As Amber Sullins, the chief meteorologist at ABC 15 in Phoenix, Arizona, noted during the panel, finding the time to report a solutions-oriented story can be a major barrier for weathercasters who are often expected to be on air multiple times a day.

“It depends on the culture of the newsroom that you work in,” Sullins said. “But there are still obstacles people face in terms of can I get time to do this, can I get the resources to do this.”

For some meteorologists interested in talking climate solutions, there’s a bigger challenge than finding time in the day. At certain stations, these stories might be off-limits because a boss perceives them to be political advocacy. How to lead conversations about solving the climate crisis without angering a skeptical station manager — or compromising the trust of viewers who feel similarly — is an ongoing challenge for many weathercasters.

“I always say the physical science is easy,” said panelist Mike Nelson, the chief meteorologist at Denver 7 in Colorado. “Add heat, get warmer. The political science is a whole lot tougher.”

Climate Matters program director Bernadette Woods Placky, who was also on the panel, suggested a simple framing meteorologists can use to discuss climate solutions that’s pithy enough for TV and doesn’t veer into advocacy. “You can identify what the biggest sources of emissions are and that we have to bring those down,” Placky said. “That’s apolitical.”

One resource that’s made it easier for meteorologists to inject a small dose of apolitical climate adaptation into the daily weather report is Weather Power, a Climate Matters resource launched in 2018 that consists of locally-tailored predictions of renewable power production based on installed wind and solar photovoltaic capacity and forecasted weather conditions. You can think of this like a ski weather forecast but for clean energy, said Sean Sublette, a Climate Central meteorologist who has helped develop the tool.

“As we go forward, weather is going to be powering our future,” Sublette said. “The idea is to make this kind of a normalized part of the conversation.”

It’s already more normalized in parts of Europe, said Jill Peeters, the founder of Climate Without Borders, an international network of weather presenters who share tips and strategies for talking about climate change. “I love to give solar data in spring and winter because [solar panels] work better in low temperatures,” Peeters told Grist. “People are surprised because they think it needs to be hot. Those things are so cool to explain in the weather report.”

Despite the challenges, a growing number of American meteorologists seem eager to take on stories about how to address climate change. Coomes of South Bend said that if his upcoming segment on climate resiliency goes well, he’s “absolutely” doing more solutions stories in the future. For Elisa Raffa, the morning meteorologist at KOLR 10 in Springfield, Missouri, doing more local reporting on renewable energy and clean transit is “a 2020 goal.”

She’s been encouraged, she says, by the positive feedback she’s gotten from her community when she devotes a segment to how rising temperatures are impacting farmers, or beer brewers, or migratory birds.

“I’ve had, more than once, cattle farmers come up to me and say ‘thank you so much for talking about climate change because no one else does that here,’” Raffa said. “That’s the reason I’m doing this.”