As climate activists and progressive politicians are fond of saying, climate change is settled science. But in many regions, the details of what kinds of weather to expect in a changing climate are far from settled. Amid a positively balmy winter on the East Coast, a new study is invigorating one of the most contentious debates among climate scientists: What is climate change doing to eastern U.S. winters? 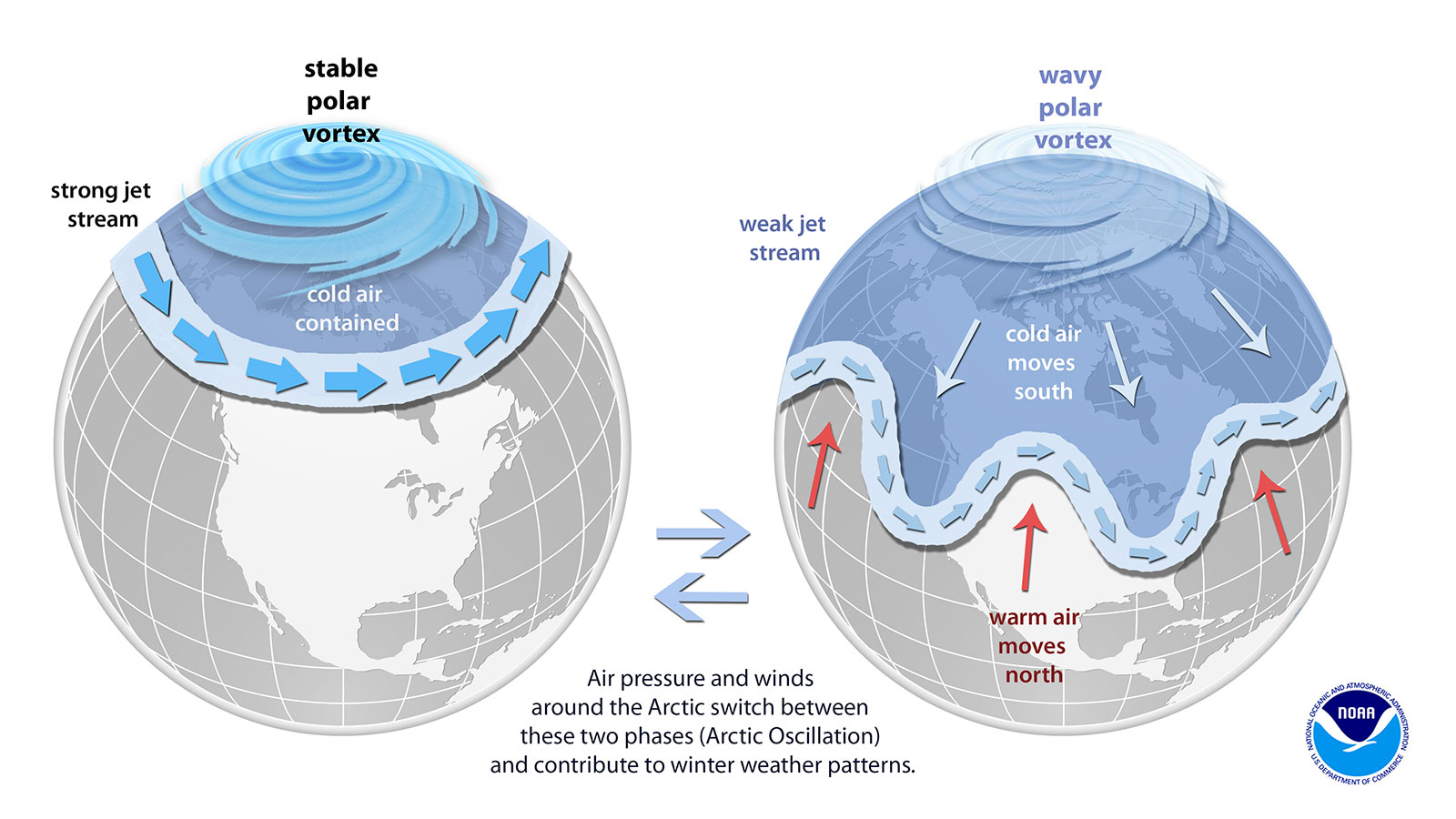 Here’s what scientists agree on: The Arctic is getting warmer a lot faster than the rest of the planet and is visibly losing sea ice by the year. They also agree that the polar vortex, a belt of air that cinches cold weather over the Arctic when it’s strong, is usually weaker when the Arctic is warm. The polar vortex affects winds closer to the earth’s surface — especially the polar jet stream, which loops its way across the Northern Hemisphere and impacts a lot of the weather people experience day-to-day. When the polar vortex is weak, the jet stream’s route meanders — or becomes “wavier,” as many researchers describe it — and loops further south, allowing cold air to escape from the Arctic region and move down into eastern North America. This causes frigid conditions like the ones much of the Eastern Seaboard experienced in 2014 and 2019.

The dominant camp of scientists say that the warmer Arctic is the ultimate culprit for the East’s freezing winters. A warm Arctic weakens the polar vortex, which causes the jet stream to meander and lets frigid air descend further south than it usually does.

The new article, which was published in Science Advances, is the latest rebuttal from the camp of scientists who argue that the cause and effect are flipped, with the natural variations in the jet stream influencing Arctic temperatures year to year instead of vice versa.

The study argues that because the last 40 years don’t show a significant trend in jet stream waviness despite intense Arctic warming, the researchers who declared the Arctic warming as the cause of jet stream waviness — and more extreme winters — were premature. Russell Blackport, lead author of the study and a research fellow in mathematics at the University of Exeter in the U.K., says that with this understanding of how the warming Arctic and jet stream interact, “Temperature variability in the mid-latitudes, especially in the northern U.S., should actually decrease.” That would be good news for the eastern U.S., which could expect more mild winters like the one many eastern states are experiencing this year.

Jennifer Francis, a senior atmospheric scientist at Woods Hole Research Center, says that taking such a long-term view is misleading because the Arctic has only gotten hot enough to make a difference in the jet stream since the turn of the millenium. That means the 40-year study didn’t find a convincing trend linking Arctic warming with jet stream waviness because Arctic warming had to pass a threshold to make a difference. “Until very recently, the tropics and subtropics have had the largest influence on variability in the jet stream,” she said. “The Arctic had to undergo major changes – sea ice melt and warming — in order to compete.”

Judah Cohen, an MIT climatologist, diagnoses the debate between whether the warming Arctic causes a wavier jet stream — or vice versa — as a chicken-and-egg problem.

“What’s coming first? You hear a lot in science, ‘correlation is not causation,’” he says. In December, Cohen published a study summarizing the controversy and found that while the studies based on modeling were split about 50-50, studies based on observations overwhelmingly favored the idea that the warming Arctic is causing jet stream waviness – i.e., that the Eastern U.S. has more extreme winters in store. He also notes that jet stream “waviness” is a more subjective measure than temperature, calling different ways of measuring how “wavy” the jet stream is at a particular time “a hornet’s nest.”

It’s not often that scientists disagree about science that so directly impacts society, and the bickering over two polar opposites may continue for several years. Climate models are constantly adjusted with new data — and the next decade of winters may provide the data climate scientists need for most of them to fall firmly behind one theory. For now, the 180 million Americans living east of the Mississippi will have to brace themselves for a future of unpredictable winters.