The fracking boom in the Permian Basin — which straddles West Texas and southeastern New Mexico — largely coincided with Republican control of much of New Mexico’s state government. Many of those elected to office in the early years of the shale rush promptly began dismantling barriers to extracting the most oil and gas at the cheapest price: Soon after winning the governorship in 2010, Republican Susana Martinez shuffled key employees in the environment department into positions where they had little expertise. During her eight-year tenure, the state legislature slashed the budget for the New Mexico Oil Conservation Division, or OCD, which oversees the oil and gas industry, by 25 percent. By 2018, half of all inspection and compliance positions were vacant.

“Their budget was gutted,” said Stephanie Garcia Richard, a Democrat and the current land commissioner in charge of overseeing drilling on state lands. “They were casting about every which way [for money]. They were a regulatory body that had no teeth and had no funding.”

Martinez’s Democratic successor, Michelle Lujan Grisham, has since made attempts to restore regulatory funding. Nevertheless, at present the two OCD districts overseeing a large portion of the Permian Basin have just seven inspectors to cover more than 50,000 square miles — an area larger than the size of Pennsylvania.

Oil and gas well inspections ensure that operators are playing by the rules: checking that wells aren’t leaking underground, that there haven’t been spills, and that operators have appropriate signage around well sites. But a review of more than three decades of state records by Grist and the Texas Observer shows just how rare such inspections have become. Since 1988, OCD has inspected each oil and gas well about every two years on average. And inspections are becoming even more infrequent: While the agency averaged about 52,000 inspections each year during the Martinez administration, only about 30,000 were done in 2019 and 41,000 in 2020.

Across the border in Texas, there are 405,000 more oil and gas wells, but enforcement — which is conducted by the misleadingly-named Railroad Commission — is similarly sparse. An analysis of the Commission’s enforcement data by Grist and the Texas Observer found that the agency conducts about 140,000 inspections a year and issues about 32,000 violations. The vast majority of these violations are for leaving wells unplugged despite years of inactivity, not cleaning up spills and leaks, and for not posting the right signage next to a well. They are all for the most part considered “minor” violations by the state. Of the 178,141 violations issued since 2015, just 73 — 0.04 percent — were considered “major” violations, which carry fines of up to $10,000 per day. Most violators do not face fines. The agency’s data show that less than 10 percent of violations are referred to its legal department for enforcement.

New Mexico’s OCD reports both on-site field visits and file reviews as inspections but does not differentiate between the two. It’s unclear exactly how many inspections were conducted in person, but the New Mexico data suggest that a significant number are done from a desk — which could be a problem, since it’s hard to identify an oil leak or see a piece of faulty equipment without inspecting the actual well site. OCD inspectors each conducted around 3,000 inspections on average every year since 2016, which works out to about 11 inspections per day.

“That number makes it seem like [the inspections] must be something that most people wouldn’t think is an inspection,” said Nathalie Eddy, an environmental advocate with the nonprofit Earthworks who routinely surveys oil and gas sites in Colorado and New Mexico. “Most people think that ‘inspection’ means someone of authority shows up unannounced and does a spot inspection.”

Decaying tanks, left, and a rusted pipe that is caked with an unidentified substance. Without boots on the ground, malfunctioning equipment and leaks are difficult to identify. Tomas Muscionico

OCD Director Adrienne Sandoval countered that inspectors conduct almost all inspections on-site, except for approximately 7,000 mechanical integrity tests each year that are completed by reviewing data submitted by companies. Sandoval said that she is “pretty confident in the [inspection] numbers” and that inspectors are often able to complete multiple site visits in one trip. The agency was in a “tough situation” when Sandoval joined in April 2019, she said, with about half of all staff positions vacant, which severely limited the division’s ability to inspect wells. The agency has since decreased the vacancy rate to 25 percent, and staff conducted almost 41,000 inspections last year. “We’ve made a lot of strides,” she said. “We’re in a better spot.”

Eddy, who has been tracking the New Mexico agencies’ oversight of the oil and gas industry for more than a decade, compiled OCD’s violations and penalty data in 2019. She found that, after a 2009 state supreme court decision that limited the agency’s authority, OCD identified 4,500 violations between 2011 and 2015 but did not collect any fines. After the legislature passed a law restoring the agency’s authority in 2019, OCD assessed more than $250,000 in fines last year.

When Grist and the Texas Observer requested the information to perform an analysis similar to Eddy’s, the agency declined to provide the data. After a complaint to the state attorney general’s office, the agency handed over data on all inspections conducted since 1988 but did not provide information about which inspections led to citations and fines.

Data that the agency does make available to the public show that there have been about 1,500 spills on average per year since 2010 — nearly double the previous decade’s number. More than two-thirds were oil and fracking wastewater spills. Aside from managing the cleanup of spills, the agency is also struggling to keep up with the growing backlog of abandoned wells. As more companies go bankrupt, the responsibility to clean up abandoned wells falls to the state. In 2016, the agency had about 200 wells on its official list of abandoned wells. That number more than tripled to 687 last year, and, according to modeling conducted by Grist and the Observer, more than 400 additional wells are likely to be added in the coming years.

In a good year, the agency manages to plug a few dozen abandoned wells to prevent leaks, contamination, and pollution of the surrounding environment. At that rate, it will take more than two decades to clear the backlog — and that doesn’t include the 400 additional wells projected to be abandoned. The state’s Oil and Gas Reclamation Fund is intended to clean up abandoned well sites, but that pot of money has largely been used to support staff salaries and contain a massive sinkhole that developed in 2008 at the edge of Carlsbad, a city of 30,000 people. Garcia Richard said she’s hopeful that the reclamation fund will soon be used only for its intended purpose.

In 2019, the state legislature — where Democrats now have a supermajority — appropriated 9 percent more funding to OCD. Both Governor Grisham and Garcia Richard have made addressing the backlog of abandoned wells a priority and have focused on raising the amount of financial assurance bonds collected from oil and gas companies before they’re allowed to operate in the state.

Across the border, the Texas Railroad Commission’s funds and staff are also stretched thin: The agency has about 300 inspectors statewide. Of them, 31 are employed in the Midland office, which oversees the Permian Basin and is responsible for inspecting more than 103,000 wells. That breaks down to about 3,322 wells per inspector. 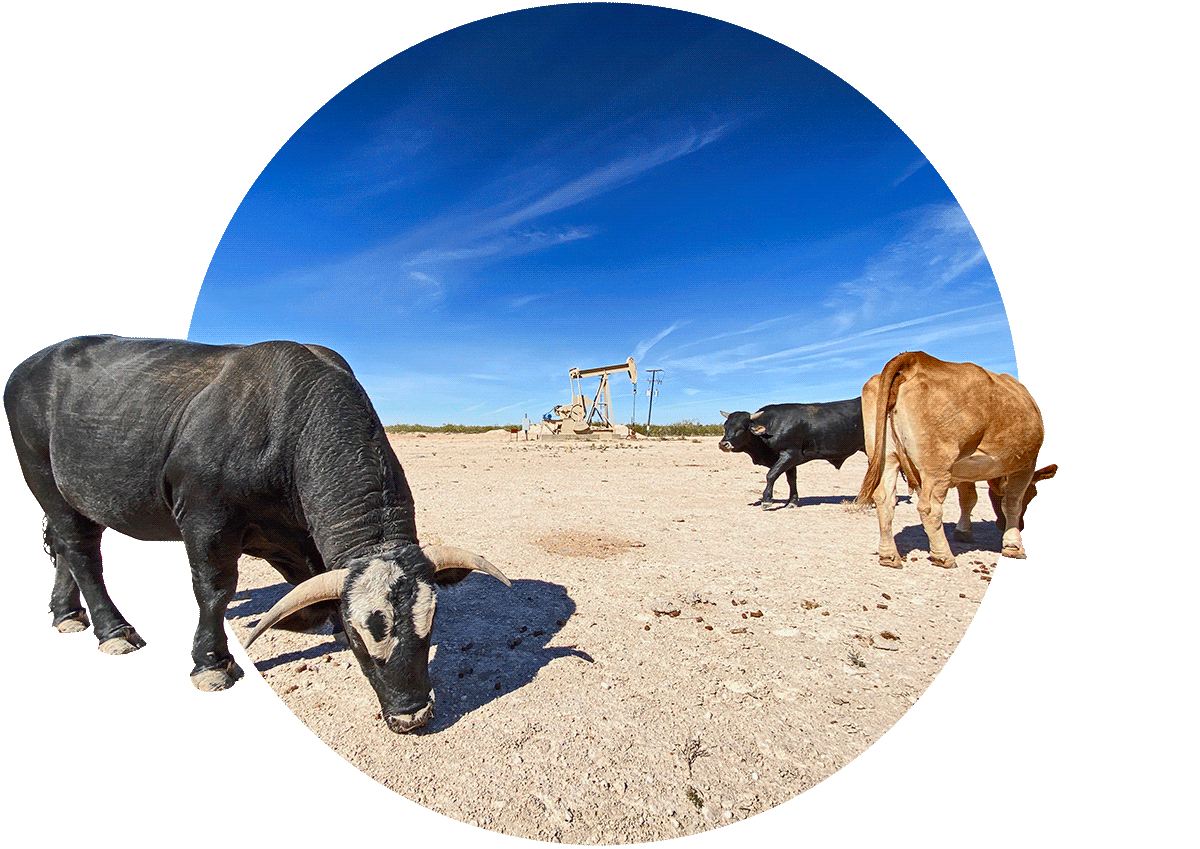 The Railroad Commission’s low and infrequent fines have been a running joke among its field staff, according to one former inspector who oversaw the Commission’s abandoned well cleanups in the Permian Basin for almost three decades beginning in the 1980s. He requested anonymity for fear of retaliation from oil and gas companies that he currently works with.

“The Commission was a big old bulldog, but we called it a bulldog with rubber teeth,” he said. “We could snap and bark, but we couldn’t enforce it. And that’s what it came down to.”

Clayton Aldern and Christopher Collins contributed reporting to this piece.