Before the COVID-19 pandemic hit, renewable energy was growing steadily — but still not fast enough to meet the Paris Agreement’s carbon reduction goals, let alone to make the further strides needed to keep climate change from spiraling out of control.

Now, the virus-induced economic shock is likely to slow the expansion of wind, solar, and other clean power sources, at least temporarily, experts say. But while lockdowns, social distancing requirements, and financial uncertainties have put some new projects on ice, the underlying strengths of renewables remain strong, and analysts expect their economic advantage over volatile fossil fuels will only increase in the long term.

Whether the pandemic ultimately puts clean energy on a faster track than before, though, depends to a large extent on the choices political leaders make now, analysts say. Which means 2020 is shaping up to be a pivotal moment for renewables — and the world’s hopes of checking warming.

Leaders must seize the opportunity to design economic recovery packages so they accelerate a shift toward wind and solar power, rather than propping up the fossil fuel economy, said Francesco La Camera, director-general of the International Renewable Energy Agency, an intergovernmental body.

“The only thing we have to be afraid of,” he said, “is that governments can be pushed by lobbyists to bail out sectors that belong to the past. And this is the real danger.”

As shutdowns aimed at stemming the viral spread have caused global energy demand to plummet, renewable sources have accounted for an increased share of power generation. That is in part because the low cost of solar and wind power means they are often dispatched to grids before other sources such as coal and nuclear power. The huge drop-off in demand, for both electricity and transportation fuels, has also pushed oil and gas prices to historic lows, and left fossil fuel companies struggling to find storage space for huge gluts of product.

In the short term, however, analysts say that the global economic fallout from the pandemic will almost certainly also be a drag on the growth of renewables. Stay-at-home orders halted production at factories making solar panels and wind turbine parts, and shipping delays have exacerbated supply problems. Construction on some big arrays stopped, and social distancing requirements have forced home solar companies to postpone rooftop installations and sales visits.

“The industry needed installations to be speeding up rather than slowing down at this point” for countries to bring carbon-cutting realities into line with their promises under the Paris Agreement, said Logan Goldie-Scot, head of clean power research at analysis firm BloombergNEF, or BNEF. “Anything that makes that gap bigger is hugely problematic from an emissions perspective.”

BNEF has scaled back its projections for 2020 installations by 12 percent for wind and 8 percent for solar, compared to what it anticipated before the pandemic. Renewables growth has been steady in recent years, and last fall, the International Energy Agency, or IEA, predicted the world’s renewable power supply would grow by 50 percent over the next five years, adding new power generation equivalent to the entire existing electricity capacity of the United States. 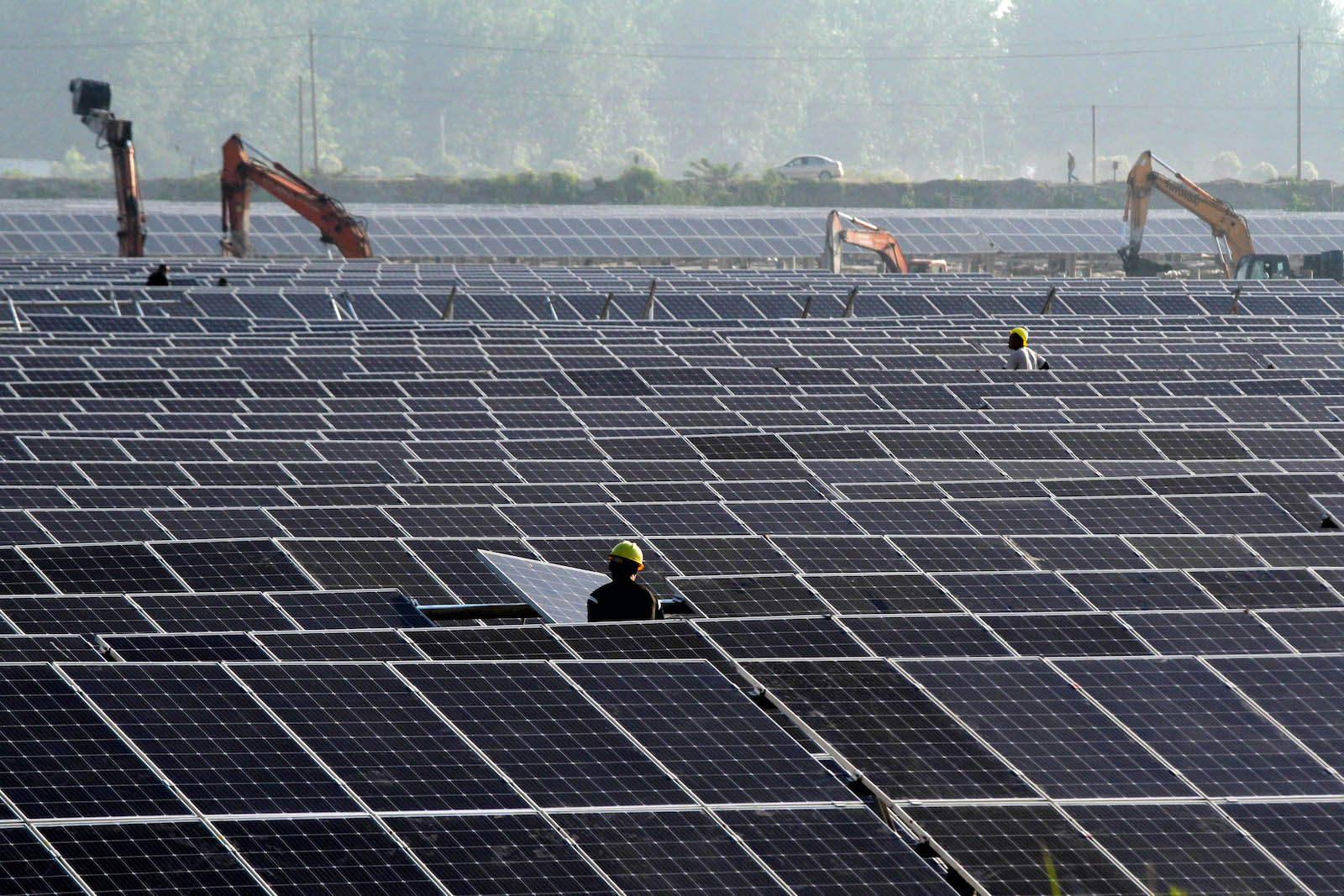 “We were expecting a boom year” in 2020, said Heymi Bahar, the IEA’s senior renewables analyst. “So this becomes very bad timing.”

The bigger question, experts say, is what happens as countries reopen. With cash tight, and economic troubles expected to keep energy demand below pre-COVID-19 levels, new wind and solar projects may find financing hard to come by.

Auctions in which companies bid to build such projects have been postponed. Altogether, more than 40 percent of wind and solar capacity that was scheduled to be commissioned from April to the end of this year has been delayed, said Goldie-Scot. “That’s an immediate setback.”

Home solar took a bigger hit than utility-scale projects. Those rooftop sales are likely to continue struggling, as the slowdown forces homeowners and small businesses to restrict spending on big-ticket items like solar arrays, even if, in the long run, they generate substantial savings.

Still, analysts agree the renewable energy sector’s fundamentals are strong. A lot has changed since the last global meltdown, the financial crisis of 2007-08. Technologies have matured and prices dropped, to the point where renewables in most cases provide cheaper energy than fossil fuels. Battery storage, key to making clean power steady and reliable, is improving rapidly.

“Renewable generation sources have become extraordinarily competitive from an economic standpoint,” said Dan Shreve, head of global wind energy research at consulting firm Wood Mackenzie. “It’s a terrific story. Do we expect any of that to change in the near term? No, I don’t think so.”

Indeed, with oil companies in a tailspin, clean energy’s steadiness also increases its appeal to investors, in Shreve’s view. “Folks looking for a safe haven in a very turbulent market may continue to turn to this sector,” he said.

Even the breathtaking drops in oil and gas prices may not be enough to undermine wind and solar. While oil is central to transportation, it doesn’t play a direct role in power generation. And its low price will mean drilling is scaled back. Since natural gas — which does go up against wind and solar in electricity markets — often flows from the ground along with oil, its supply is likely to decline too, bringing its price back up.

“Which means it won’t be competitive with renewables,” said Amy Myers Jaffe, director of the Program on Energy Security and Climate Change at the Council on Foreign Relations.

Indeed, Shreve said nuclear and coal-fired power plants faced far stiffer headwinds than renewables. “That’s been the case for the last five years. It was expected to be the case for the next five years, regardless of the Covid crisis,” he said. Early retirements of such plants, particularly the ones for which finances were already in trouble, could pick up pace, he said.

Another sector likely to take a hit is electric cars. That has less to do with low oil prices than with unemployment slowing sales for all cars, Jaffe said. “If you believe that people were going to have the next car they buy be an electric vehicle, if you delay by two or three years the next time they’re going to buy a new car,” that will slow the transition, she said.

Fewer electric cars means less power demand, which hurts the renewables outlook. But Jaffe said the pandemic could hasten the economy’s electrification in other ways, including a long-term increase in remote working, which would likely shift energy demand away from oil-based transportation needs, and toward residential use, which is more heavily electric. 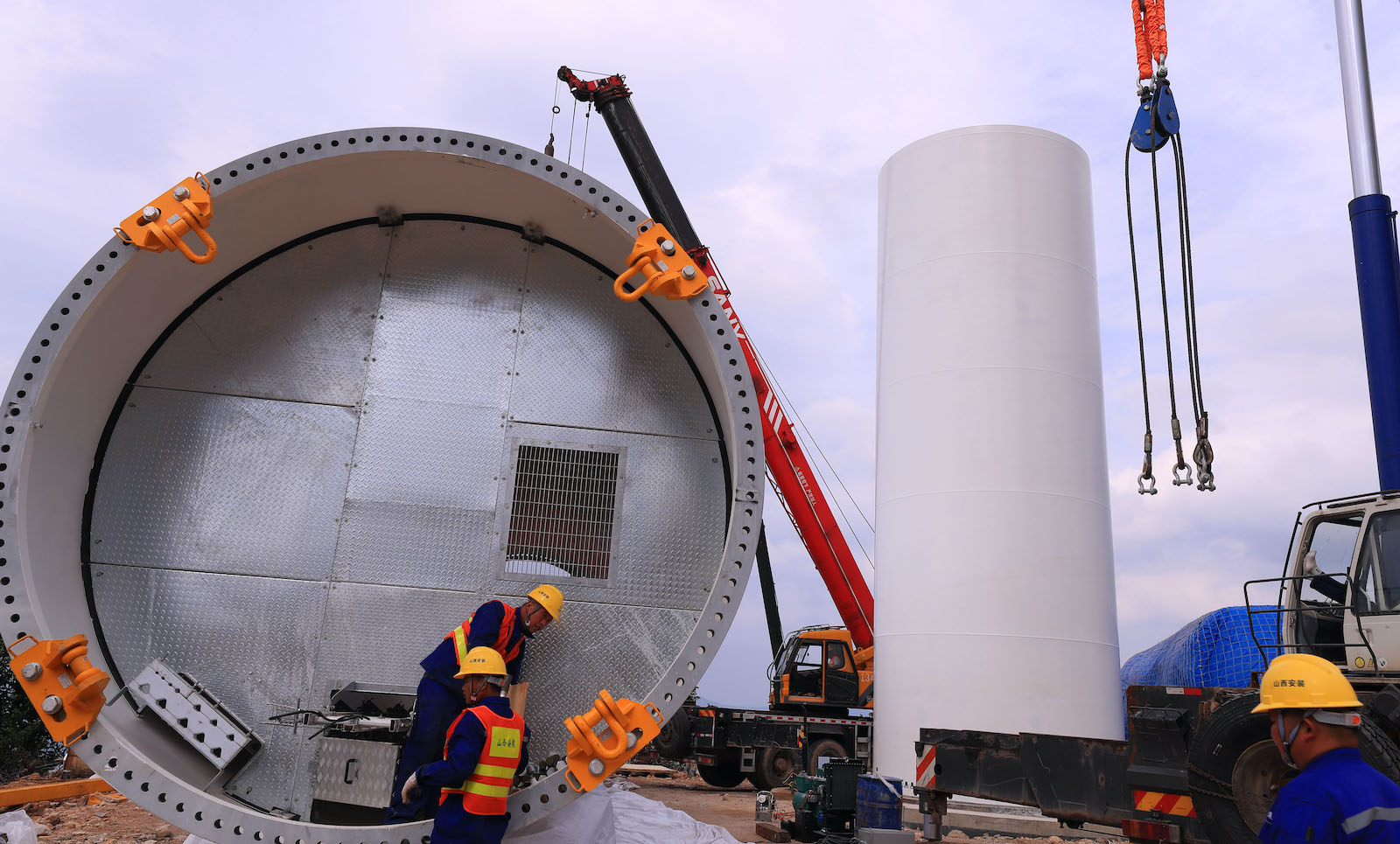 In the bigger picture, what comes next depends on the virus, the economy, and the path governments decide to chart. With vast amounts of stimulus money likely to be poured into economies around the world, clean power advocates say it’s a historic opportunity to speed the growth of a sector whose fortunes are central to hopes of stemming climate change. La Camera said the renewable energy sector’s big-picture strengths, and its resilience through the crisis so far, make him hopeful.

“My impression is that we are going to have a future that will be more decarbonized than we could have imagined three months ago,” he said. “And in the end, this health and economic crisis will push us to a cleaner path forward.” Risks in the other direction include not just direct government support to oil firms, but also regulatory loosening like the Trump administration’s decision to essentially suspend enforcement of air and water pollution rules, or to relax limits on mercury and other toxic power plant emissions. Such moves save the industry vast sums it would otherwise have to spend reducing pollution, said Daniel Kammen, professor of energy at the University of California, Berkeley.

Even without a push to help fossil fuel companies, COVID-19 could bump climate change down the list of leaders’ priorities.

For now, most governments are still focused on immediate response to the health and jobs crisis. Longer-term measures will come next, and countries including South Korea and New Zealand are already talking about incorporating climate action into recovery plans. The European Union may combine parts of its Green Deal — a plan for transforming nearly every sector of its economy to cut carbon and improve quality of life — with efforts to repair the pandemic’s damage. In the U.S., the fate of any ambitious renewables plan depends largely on whether President Trump is reelected in November.

For the most part, countries’ interest in green stimulus plans aligns with their pre-coronavirus stance on climate action. “We think they are more likely in countries where there was already broad-based support,” such as China and much of Europe, Goldie-Scot said.

The U.S. and China both have year-end deadlines when important tax and price incentives for renewables expire.

Access to credit will also be crucial, Bahar said. While it easily competes with fossil fuels on cost, “the renewables industry just doesn’t have as deep pockets,” added Kammen.

Policy changes matter, as well. National, long-term carbon-cutting commitments would provide some certainty in frightening times. In the shorter term, the U.S. and China both have year-end deadlines when important tax and price incentives expire; extending those would help projects delayed by the pandemic, analysts say.

Green stimulus advocates say climate action is well-suited to creating jobs, and if done right can also help remedy the stark economic, social, and racial inequalities the virus has exposed so vividly, particularly in the U.S.

A shift to cleaner energy promises health gains too. Many have taken note of the better air quality lockdowns have brought, and Shreve said that could help people see the benefits of finding lasting ways to reduce fossil fuel use.

“The one bright spot in this crazy crisis is to have been able to walk outside in places that have been notorious for air pollution, and seeing clean skies, and having a dose of what could be,” he said.

Kammen said he is hopeful the pandemic would ultimately speed the move to a cleaner economy.

“Covid gives an opportunity for governments and companies to make that switch more strongly,” said Kammen. “I don’t think this is going to be an easy goodbye, but I would definitely say we’re in the long goodbye to fossil fuels.”

Social distancing while black? Let your community lift you up.