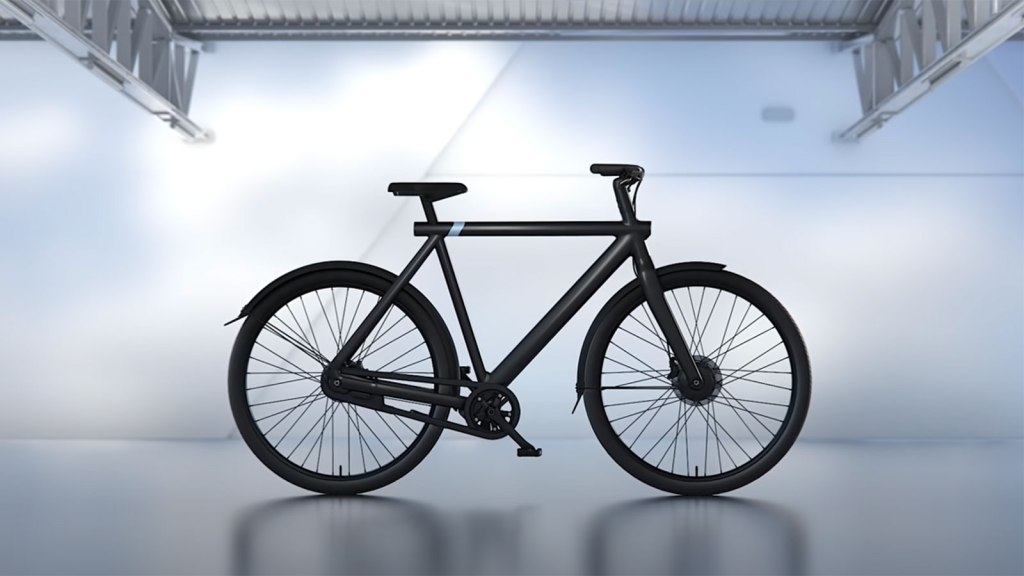 A commercial for a Dutch e-bike has been censored in France. The offense? Creating a “climate of anxiety” about the car industry. The 45-second ad for Dutch e-bike company VanMoof, titled “Time to Ride the Future,” features a gleaming black car reflecting images of smokestacks, traffic gridlock, and car crashes; the car then melts away into a tar-like goo, revealing the silhouette of a sleek electric bike.

The advertisement was blocked by the Autorité de Régulation Professionnelle de la Publicité, a “self-regulatory” advertising industry group that greenlights all French advertising. According to VanMoof, the ARPP justified their decision by saying that the advertisement violated the group’s rules by exploiting feelings of fear and suffering and “creating a climate of anxiety.”

VanMoof shot back at ARPP in a blog post last week, pointing out that all the images reflected in the car’s bodywork were public domain, archival documentary footage. “If everyday footage of real world transport is going to create a ‘climate of anxiety’, maybe someone should try to do something about that world,” VanMoof copywriter Peter Gigg wrote. “Y’know… by offering alternative means of transportation. Or something.”

In an interview with French news channel Franceinfo, Stéphane Martin, the chairman of the ARPP, said, “We cannot afford to put entire sectors in a bad light. That is an important precondition for fair competition.”

The decision to block the ad comes after French President Emmanuel Macron announced an $8.8 billion plan to bail out the French car industry after car sales plummeted during global COVID-19 lockdowns. Meanwhile, bike sales are booming; VanMoof’s sales in France from February to April are nearly double that of the same period last year.

Ironically, the ARPP’s decision to censor the VanMoof ad may bring it more attention than it ever would have gotten otherwise. After a spate of articles about the controversy, the YouTube video of the ad has 1.8 million views, and counting.