On September 18, New Jersey passed a dream bill for activist, lawyer, and policy researcher Nicky Sheats. The first of its kind in the country, the law gives the state’s Department of Environmental Protection (DEP) the power to deny permits for any new industrial development that would pollute communities — often populated by people of color — that are already overburdened by toxic emissions and waste. Past policies have paid lip service to activists while still protecting polluters. But this law? It has teeth.

A 2017 Grist 50 Fixer, Sheats has been raising alarms about racial injustice in environmental policy for decades. As director of the Center for the Urban Environment at Thomas Edison State University in Trenton, as well as a board member of the New Jersey Environmental Justice Alliance (NJEJA), he’s helped craft many policies with environmental justice at their core — including a 2016 municipal ordinance to address disproportionate climate and pollution-related risks on Newark’s low-income residents of color.

The origins of that ordinance go back to 2010, when Sheats teamed up with his colleagues at NJEJA, along with grassroots organizers, to draft a bill that would empower overburdened neighborhoods from Camden to Jersey City to refuse dirty development. The coalition worked for over a decade, but the bill never stood a chance in the state legislature under Republican Governor Chis Christie’s administration. Now that NJ S232 is finally on the books, Sheats and his coalition aren’t stopping there. “This bill is a good beginning in addressing environmental injustice,” Sheats says. “But it’s just the start.”

Here, Sheats explains what makes S232 historic, how the Garden State got there first, and what work still needs to be done to secure clean air and water for folks in sacrifice zones around the country. His remarks have been edited for length and clarity.

Pushing back on smokestacks 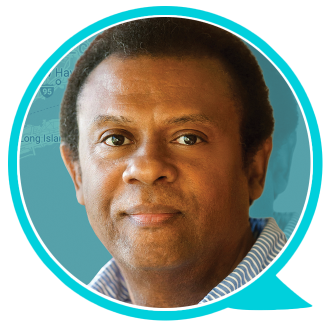 “Cumulative-impacts assessment” sounds boring, but it is a crucial form of analysis that measures the total environmental and health impacts that a new project’s pollutants will have on a given neighborhood, including how they are amplified by social factors like race and income level. That’s how we determine if a community is more overburdened than others.

Laws in other states, like New York and California, call for a cumulative-impacts assessment before proceeding with new projects. But even if the findings indicate an excess of pollution, the project can still move forward. Our law in New Jersey is unique because it allows the state to say, “No. That community has had more than its fair share of pollution, so no further projects are permitted until the pollution is reduced.” That ability to deny new projects is the holy grail of the environmental-justice movement.

And while New Jersey is the first state to pass such a law, I don’t think it will be the last. I learned from my science background that it takes multiple studies to build a wealth of knowledge in a subject matter. Each academic paper expands on the last one. I imagine that’s how cumulative-impact bills will spread across the country: Other states will pass their own unique bills, and each will be different and better than the last. And who knows, maybe one day a national law will be passed.

EJ is (finally) having its moment

New Jersey has an industrial legacy, and with that comes a lot of pollution. For over 50 years, experts like myself have been talking about how that pollution affects some populations more than others. Camden, for example, received an “F” grade for air pollution from the American Lung Association in 2018. We’re lucky to have smart researchers like Ana Baptista at The New School in New York City* to work on environmental-justice policies and collaborate with firebrand organizers like Kim Gaddy of Clean Water Action, Melissa Miles of NJEJA, and Maria Lopez-Nuñez of Ironbound Community Corporation.

In New Jersey and around the country, activists have been working to move environmental-justice issues from the margins of discussion to the mainstream. And I think we’ve been very successful in doing that, especially over the last five or six years. Unfortunately, that victory came about because of extremely traumatic events, like Hurricane Katrina and the water crisis in Flint, Michigan.

Now, COVID-19 is shining even more light on racial injustices. Black and brown people are dying from the pandemic at higher rates, partly as a result of long-term exposure to excessive amounts of pollution, which leads to respiratory conditions. That trend is a perfect example of the cumulative impact of pollution: It doesn’t just kill people in the short-term — it also leads to long-term complications that make overburdened communities more vulnerable to other environmental and public-health hazards. Today, that hazard is coronavirus. Tomorrow, it will be climate change.

Polluters need to do more to clean up their act

S232 prevents further pollution in certain neighborhoods, but it doesn’t require that polluters remediate the environmental harm they’ve already caused. We need to mandate those reparations at some point, but one bill can’t do everything. That’s why states need a whole suite of bills to address environmental justice — we need cumulative policies to address cumulative impacts.

For example, my coalition wants to require companies to reduce emissions. New Jersey is currently part of the Regional Greenhouse Gas Initiative, which allows for carbon trading. The environmental-justice movement is strongly opposed to carbon trading, because a plant can simply purchase an allowance and just keep polluting. We want to pass a mandatory emissions-reduction bill that would say to companies, “If your plant is located in an overburdened community and your emissions are significantly impacting residents, you have to reduce your emissions — no matter how many carbon credits you’ve bought.” So even though it’s important to celebrate the passage of this bill, activists and policymakers need to keep pushing for laws that fight climate change with justice in mind.

Correction: We originally stated that The New School is located in Monmouth County, New Jersey, rather than New York City. Grist regrets the error.