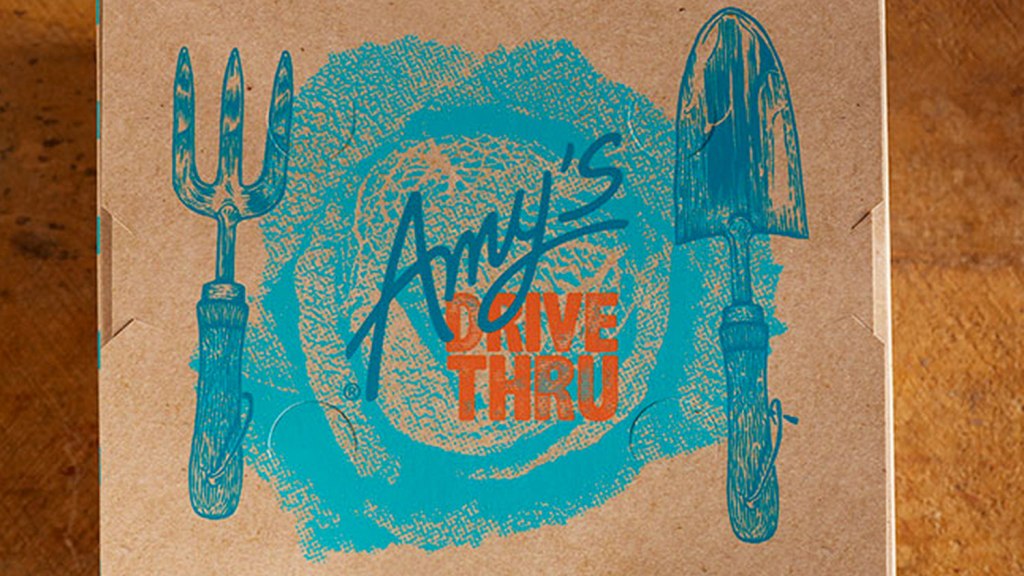 Amy's Drive Thru
Tears of soy

The gluten-free, dairy-free, frozen pizzas from Amy’s Kitchen have a bit of a cult following. Trust and believe, I’ve seen many a friend nearly drop to their knees during the required vegetarian phase of our college-aged years at the sight of an empty Amy’s shelf in the freezer aisle. Rejoice, my fairweather vegetarian friends! Those same cultish pizzas will soon be made to order.

Leilani Clark from Civil Eats has the story:

In two weeks, an organic farmer at an undisclosed California potato patch will harvest the first crop of potatoes destined for the fryer in the kitchen at the soon-to-launch Amy’s Drive Thru restaurant in Rohnert Park, California. The fast food restaurant with a twist is the brainchild of Amy’s Kitchen, the popular frozen food and soup company.

It took two years, and thousands of pounds of potatoes, to find the right organic variety of potato for fresh-cut french fries cooked in sunflower oil. “Most businesses would go to a company and buy a bunch of frozen potatoes,” says John Paneno, Director of Sourcing at Amy’s Kitchen. “Amy’s started from scratch. We hired experts who could find the best varieties that met our sensory requirements. We had to figure out where they grew best and who is the best farmer to process them. We’re not taking any shortcuts.”

It’s a pretty hefty undertaking. Amy’s Drive-Thru menu won’t stray too far from standard fast food (burritos, pizza, French fries, and the like), but each item can be made gluten-free, dairy-free, and vegan. The menu will also be vegetarian and GMO-free, and 95 percent of the ingredients will be certified organic.

It’s unsurprising that price points at Amy’s will be a bit more costly than standard fast food fare — roughly $9 and under for a meal. What remains to be seen is whether Amy’s will survive the basic tenants of fast food: homogenized meals tasty enough to appeal to the masses, churned out at breakneck speed. It will be a challenge, but even powerhouses like McDonald’s, Taco Bell, and Pizza Hut are starting to drink the Kool-Aid when it comes to cranking out healthier fast food. I’ll raise a slice of rice crust, soy cheese pizza to that.