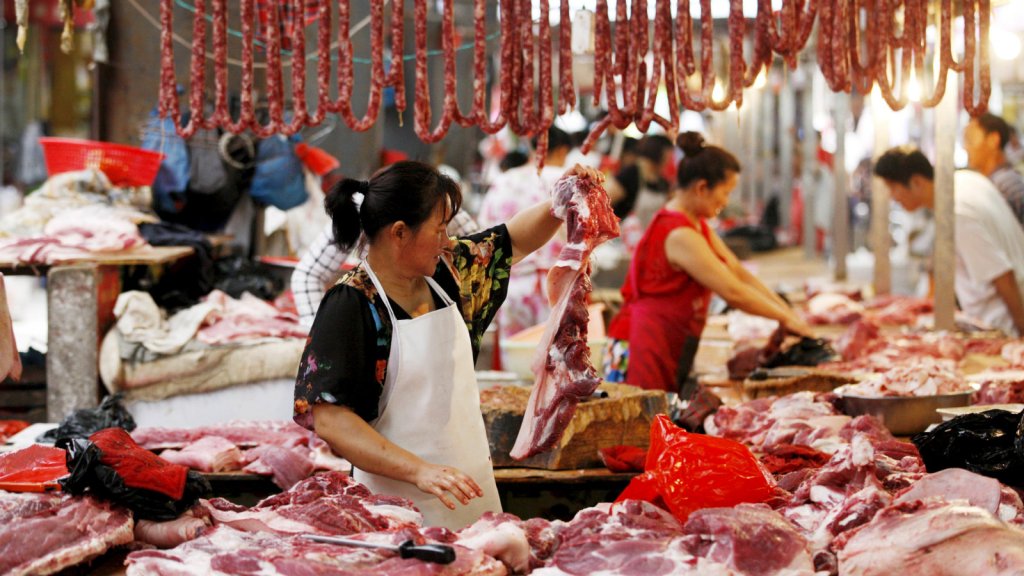 Nobody in the United States paid much attention when the Chinese government released new dietary guidelines earlier this month. But hidden within them is a provision that could slash carbon emissions from livestock, according to the group Climate Nexus citing a forthcoming report from WildAid.

China is saying something simple and straightforward, something that the U.S. government has never been able to bring itself to say: Eat less meat.

If 1.3 billion Chinese people follow the guidelines and eat just 200 grams of meat and eggs a day — instead of increasing their meat consumption as expected — it would prevent a lot of greenhouse gas from entering the atmosphere. And when we say “a lot” we mean on the order of 1.5 percent of global emissions. That’s like zeroing out Mexico’s carbon emissions every year.

The Chinese dietary guidelines don’t say anything about greenhouse gasses, only about health. The government issued them as part of a campaign against obesity. Even so, in a statement responding to the news, food and climate expert Jonathan Foley underlined the importance of dietary changes.

“Reducing our meat consumption — especially red meat — even a little bit can have profound impacts on the future of the planet,” Foley said.