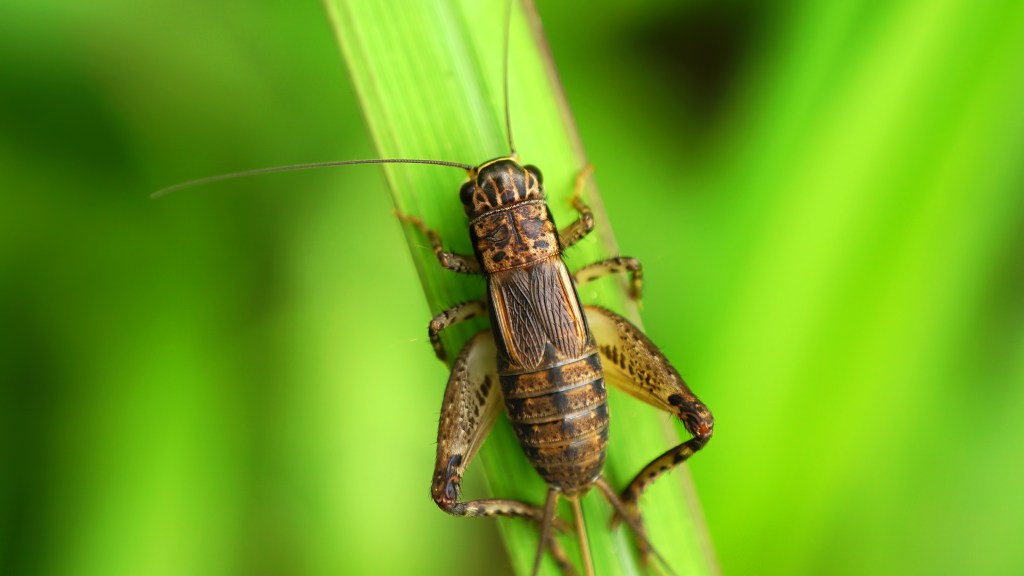 Crickets are hot in the culinary world right now — and as far as food trends go, this one seems pretty benign. Unlike exotic “superfoods” like goji berries from China, açai berries from South America, and coconut water from Southeast Asia, crickets don’t need to be shipped from far-off locations.

Crickets also don’t take tons of space or water — unlike almonds, chocolate, coffee, and meat — and they produce 100 times less greenhouse gas and require six times less feed than the hamburger on your plate. They’re also high in protein, calcium, and iron. And if the myriad companies trying to add crickets to the American diet get their way, crickets are about to be everywhere.

Actually, crickets already are everywhere. While the idea of beer-battered bugs may still make Americans purse their lips and shake their heads, the rest of the world consumes insects as a matter of course. Eighty percent of the world eats over 1,000 species of insects — from chapulines in Mexico to mopani worms in southern Africa to roasted leaf-cutter ants in Colombia.

In the United States, where there’s no tradition of bug-eating, consumers may take more prodding. But as media reports of the health and ecological benefits of crickets have emerged in recent years, so have business opportunities. As of 2015, there were over 30 startups dedicated to cricket cuisine, many of them touting the bugs’ sustainability.

Among these was Exo, a business venture from two college buddies who started experimenting with cricket flour in their Brown University dorm in 2013. Three years later, with a $55,000 Kickstarter campaign and over $5 million in funding, the company partnered with a three-Michelin-star chef to create a line of cricket flour protein bars, which, they say, are better for the body and the planet.

“We are trying to normalize the consumption of insects through a range of products that are free of gluten, soy, dairy, refined sugars, and preservatives,” said the company in an email — because nothing ruins a tasty six-legged carapace like gluten. Each Exo bar contains 40 crickets, and the company’s target demographic is people with gym memberships: They tested the bars with Crossfitters, who apparently declared them “fucking great.”

But just how fucking great are crickets, really? They may be the darling of foodies and futurists today, but it seems like every fad diet and food trend in history has later proved to be ineffective, unhealthy, unsustainable, or just plain dumb. Could crickets truly be the exception?

Alas, probably not. Researchers at the University of California, Davis compared the amount of protein we can get from crickets with the amount needed to feed them, and found that crickets are no more efficient than industrial chickens. Now, that doesn’t mean all 30 cricket startups should switch to the poultry business: The scientists found that crickets can be sustainable if fed a diet of food waste rather than whole grains. But that’s not happening at many of these cricket startups, including Exo, where the crickets get meals of Certified-Organic grain and filtered water.

And as for the taste, we put together a crack team of taste-testers to sample Exo bars, and our consensus: They’re … fine. Exo’s cricket bars are dense, filling, and very brown, like pretty much all protein bars. No one gagged, but we probably wouldn’t serve them at a dinner party — unless it took place at Crossfit.

Once again, we’re reminded that food trends are just that — trends, sometimes benign, other times not. And while eating crickets may do less harm than coconut water or avocado toast, in terms of saving the planet, it’s still more marketing than miracle.