Although dairy alternatives like nut, soy, and even pea milk have been growing in popularity over the past few years, milk (from cows! — remember those?) has been a staple of American diets for centuries. But just like many of the fresh essentials we shop for, the decisions we make when it comes to buying this seemingly simple product are becoming more and more complicated every day. The questions we’re faced with when walking past the dairy cooler are now much heavier than choosing between regular or chocolate-flavored: pasteurized, homogenized, whole, or fat-free? What even is raw milk anyway? And wait — what about organic?

To make your choice a little bit easier, here’s a basic guide to understanding milk terminology and some things to keep in mind before you buy. 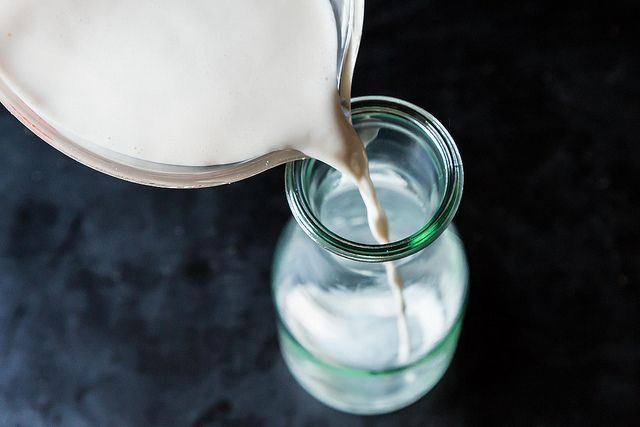 Real milk! From a cow!Food52/James Ransom

Let’s start off easy: One of the first things you notice in the refrigerated aisle is that milk cartons are labeled with their percentage values. These numbers indicate how much fat is in the milk by weight. The most common types sold in the United States are whole milk, 2 percent (reduced-fat), 1 percent (low-fat), and skim (fat-free) milk. Whole milk contains 3.5 percent milk fat, making it most similar to how milk occurs naturally, while fat-free milk contains no more than 0.2 percent milk fat.

Put simply, pasteurization is the process of heating milk to destroy potentially disease-causing bacteria and increase milk’s shelf life. Most milk is heated very quickly (to at least 161.6 degrees F) for just a few seconds, which is known as high-temperature short-time (HTST), but other types of pasteurization exist to manipulate milk for different purposes.

Milk pasteurized at smaller dairies or in homes usually undergoes a low-temp pasteurization (heated to 145 degrees F for at least 30 minutes) to create a minimally processed product intended for quick consumption. There’s also something known as ultra-heat treatment (UHT), or “ultra-pasteurization,” whereby milk is heated to 280 degrees F for just a couple seconds. This technique is what’s used to create that “shelf-stable” milk you’ll find unrefrigerated, as it creates a shelf-life of six to nine months if the aseptic cardboard containers it’s sold in are left unopened — but many milks, not just the shelf-stable ones, are ultra-pasteurized. 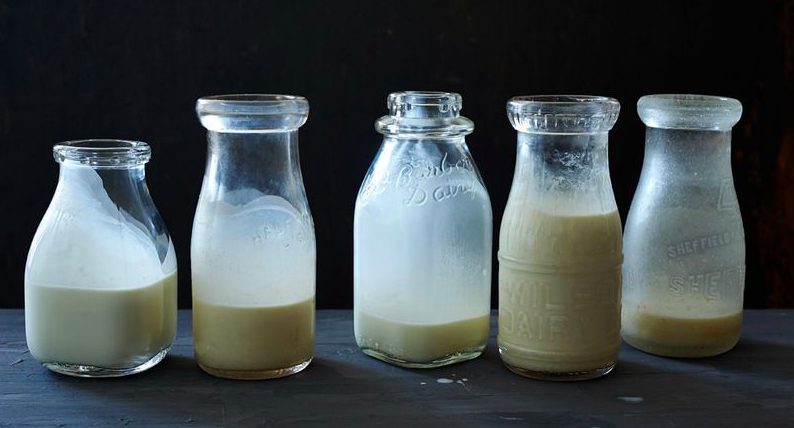 Homogenization is a completely separate process than pasteurization, so you can have pasteurized milk that hasn’t been homogenized and vice versa. Homogenized milk is any milk “that has been mechanically treated to ensure that it has a smooth, even consistency.”

When milk is left unhomogenized, the fats eventually rise to the top and create a layer of cream (hence the phrase “only the cream rises to the top”). Homogenization changes this by heating and vigorously pounding the milk through tiny holes to break down fat molecules, allowing them to stay suspended in the rest of the liquid and resist separation.

Big dairy producers favor homogenization because it allows them to create a uniform product from the milk of many different herds of cows, makes it easier to filter that milk into the different fat percentages (whole, 2 percent, and skim), and leads to a longer overall shelf life. While the process does not involve additives or chemical treatments, homogenization is sometimes criticized for altering the ways our bodies absorb milk fat (though there are no legitimate medical findings to support these claims).

Raw milk is milk as you get it directly from an animal; it has not been pasteurized, homogenized, or otherwise altered in any way. The conversation around whether raw milk is safe for human consumption is perhaps the most fraught question facing milk consumers. Both the U.S. Food and Drug Administration (FDA) and the Centers for Disease Control and Prevention (CDC) warn that drinking raw milk can lead to serious health risks. According to the FDA, unpasteurized milk can carry bacteria that causes multiple foodborne illnesses, in addition to health complications as extreme as kidney failure, further claiming that children, expectant mothers, and the elderly are especially susceptible to being affected. This is why pasteurization was invented in the first place: to eliminate the possibly harmful bacteria found in raw milk.

But raw milk supporters continually sing its praises. Those in favor of the stuff claim that it helps build up disease-fighting immunities as well as lessen allergies, and that the process of pasteurization also kills “good” bacteria, enzymes, and nutrients that cannot survive the heating process. There has yet to be any sound medical evidence to support these theories.

Even lawmakers can’t seem to agree. States make their own laws when it comes to the regulation of raw milk sales, with seven states outlawing its sale directly to consumers as of October of last year. Because it is potentially dangerous, federal law prohibits the distribution of the raw milk across state lines unless it is in transit to be pasteurized or used to make aged cheese. 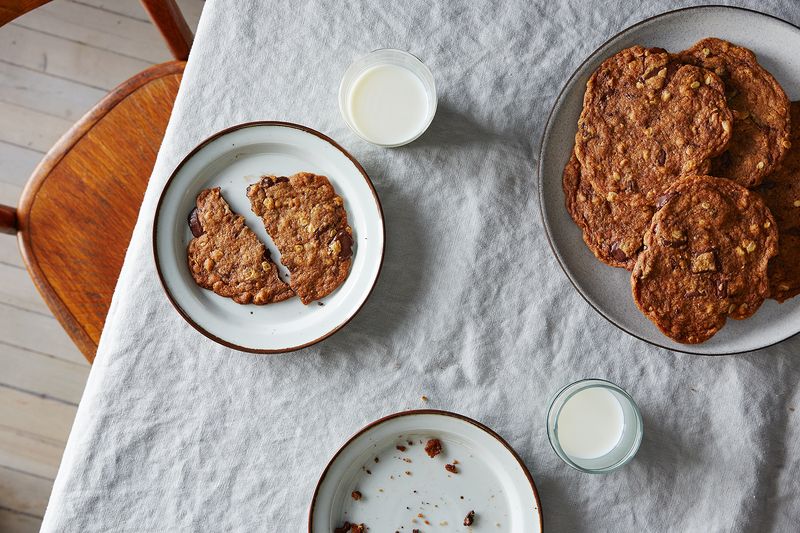 Cookies with their smooth, homogenized partner in crime.Food52/Mark Weinberg

Absolutely zero milk produced and purchased in the United States contains antibiotics. When I spoke to Rick Osofsky, owner and farmer of Ronnybrook Farm & Dairy in upstate New York, he told me that “milk is the single most regulated product in the U.S. today” (there are certainly a lot of regulatory measures involved), and because of this, milk is rigorously and continuously tested — from the moment milk is picked up from the farm until the final product is dropped off at the store — to ensure it is completely antibiotic-free. (And cows who are given antibiotics when sick aren’t milked again until the antibiotics are completely out of their systems.)

Whether your milk contains hormones, however, is a different story. Some dairy farmers choose to give their cows rBST, a synthetic version of a naturally occurring bovine hormone, to up milk production. Milk made with rBST is virtually identical to untreated milk, so farmers are not required by law to label whether or not their cows are treated. That being said, many producers who do not treat their cows include “rBST-free” on their label as some folks worry about the possible link between these hormones and some cancers (especially because they are outlawed in Canada and Europe).

So if all milk in this country must comply with such strict regulations and none of it contains antibiotics, why isn’t it all organic? Good question.

The organic label comes down to whether or not the cows are fed an all-organic diet on farms that use only organic fertilizers and organic pesticides. The nutrient content of organic milk is exactly the same as standard milk and does not offer any additional health benefits. Rick told me that most farms (like his) simply can’t afford to maintain an organic diet or use all organic fertilizers as they are defined by law.

He also explained that because the term “organic” has now become such a touchstone in popular culture, consumers have to be all the more knowledgable about where their milk comes from. (Many organic brands are owned by larger food companies that may not be as committed to the organic philosophy as the smaller brand is.)

Whether you are partial to pasteurization or reach for raw milk, the most important things to take into consideration are where your milk comes from, humane animal treatment, and thoughtful land stewardship. Rick recommends visiting your local dairy farm, if at all possible, and buying directly from the source.