Smile! Satellites can see your illegal fishing from space 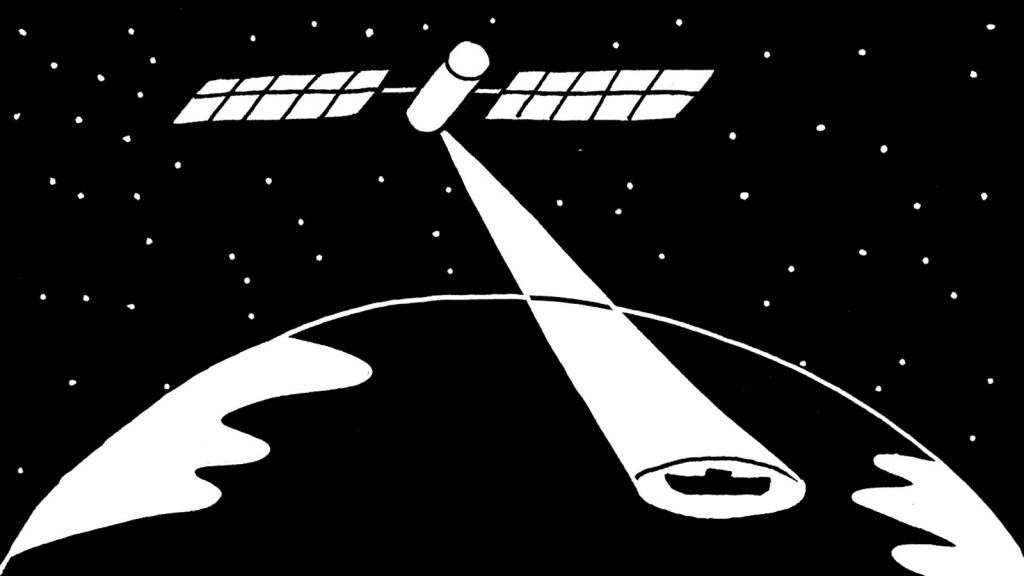 Smile! Satellites can see your illegal fishing from space

If a fish falls in the forest and no one is there to hear it … wait, is that not how it goes? Let’s put it this way: If a fishing boat illegally scoops up a load of fish in the middle of the ocean and no one is there to see it, it’s still illegal — but until now there has not been much anyone could do about it.

It turns out that satellites a few hundred miles above earth are a lot better at surveying the high seas than, say, a lone Coast Guard boat with a spyglass, especially in the most remote waters where fishermen may be used to acting with impunity — ignoring quotas, transferring fish from ship to ship, dumping bycatch, even changing the vessel’s name between ports like a Shakespearian youth slipping casually into drag. Thanks to new projects in high-powered satellite surveillance, it may be possible to put an end to pirate fishing once and for all.

This is good news for, let me see, about a billion people.

Illegal fishing takes as much as 26 million metric tons of fish from the sea every year, or about 1 in 5 fish sold, for a grand theft of $23.5 billion total (or, to put it yet another way, almost 16 times the GDP of Belize or a mere seventh of the market value of Facebook). That’s money that doesn’t go to the fishermen who play by the rules, while lawbreakers put pressure on already overfished stocks like tuna and swordfish. And while illegal fishing has been getting a lot of press — notably, President Obama issued a memo on the subject last month — it’s hard to make a real dent in it without some serious international cooperation. Ships need to be traceable as they travel from one country’s maritime oversight into another’s, and enforcement needs to be stern enough that the risks of fishing illegally outweigh the rewards.

To this end, the Pew Charitable Trusts’ Ending Illegal Fishing Project teamed up with Oxford-based group Satellite Application Catapult to turn an all-seeing eye to the problem of piracy. By combining satellite-gathered signals from ship transponders with other data, whether crowdsourced or supplied by fishing enforcement agencies, Catapult can piece together a cheat sheet that identifies any vessel by name history, ID number, and the details of its fishing license.

Once the relevant authorities have access to that information, they will be able to spot illegal or unreported fishing in even the most remote areas, then zoom in to make the arrest. That big Ukranian ship hanging out in the marine protected area? Probably not a tourist.

This pilot project from Catapult is the latest in a string of tools Pew has thrown at the problem of illegal and unreported fishing. Last year, the group partnered with a small but spunky nonprofit located in West Virginia, SkyTruth, to use open-source satellite data to detect and document illegal fishing around Easter Island, a smidge of an island in a tuna-rich corner of the South Pacific, about 2,000 miles off the Chilean coast.

SkyTruth, under the guidance of geologist John Amos, had previously made its name collecting satellite images of mountaintop removal in Appalachia, fracking wells in Pennsylvania, and a certain infamous oil spill in the Gulf. But while publicly available satellite imagery are a great resource if you know where to look (as in, look roughly where the mountain used to be), it is too expensive and time-consuming to scrutinize every visible mile of the ocean’s surface (turns out, the world is BIG). So Amos and co. turned instead to other publicly available satellite data to tell them when and where to look for illegal fishing.

Most vessels have a transponder system, called an Automatic Identification System, that sends and receives little declarative pings to help ships avoid collisions. It just so happens that these pings can be intercepted by orbiting satellites, leaving a trail as a single ship pings its way across the sea. The only problem is that fishing boats can easily send fake identifying information through their transponders, or shut them off altogether. Sometimes fishermen do this just to keep other fishermen from getting wind of a good spot, but often it’s for more nefarious reasons. In any case, all the untraceable boats taken together are sometimes called, rather imperiously, the “dark fleet.”

Without reliable IDs, the SkyTruth team instead tried to narrow in on the likely suspects by using low-res radar imagery to detect the presence of a ship, and sometimes even its speed and direction, then cross-referencing that with the transponder signal (or lack thereof). The boats that did not identify themselves and could not otherwise be accounted for, SkyTruth surmised, were probably up to no good.

After a year of watching Easter Island, SkyTruth had enough data to estimate the total amount of fishing that was going on, and had singled out more than 40 unidentified vessels that had been unknown to Chilean maritime authorities.

As for Pew’s collaboration with Catapult, the aim is to take this kind of monitoring global, pumped up with some extra data not available to civilian groups like SkyTruth and made affordable for every country. There are some policy measures needed to cinch the deal — confirmation that vessels are all ID’ed with a unique code from shipyard to scrapyard, measures to ensure accountability in ports, etc — but the final, crucial step is to supplement the proverbial stick of increased enforcement with the carrot of higher profits (yum). Tony Long, director of Pew’s Ending Illegal Fishing Project, put it this way: “The vast majority of fishermen want to fish legally.” So why not give them a way to prove they’re doing it?

If retail chains demand traceability from their suppliers, and can promise them a premium price at the counter, then it’s in fishermen’s best interest to opt into a monitoring system. Instead of putting the onus on enforcement agencies, this is a way to shift the burden of proof to the fishermen who want to do business legitimately. Then, if the good guys keep their transponders on, it will be even easier to spot shady behavior from afar. (You get a better ocean! You get a better ocean! Everybody gets a better ocean!)

Here I will utter environmentalists’ tepid catchphrase: All this is not going to happen overnight — but it is happening all the same. The Catapult project is in advanced test stages before its official launch. Amos believes there will be enough satellite coverage to generate a complete, uninterrupted picture of all the fishing in the world’s oceans in as little as three years. SkyTruth is currently working with nonprofit Oceana and Google to visualize all the vessel tracking data available — that should launch at the end of the summer, and give internet dabblers a more immediate sense of the ways humans move around the ocean.

“Just getting people to see this stuff is an incredibly powerful gateway drug,” Amos said. Which, if you like narcotic metaphors, is a pretty good one for the kind of citizen science that satellites have made possible.