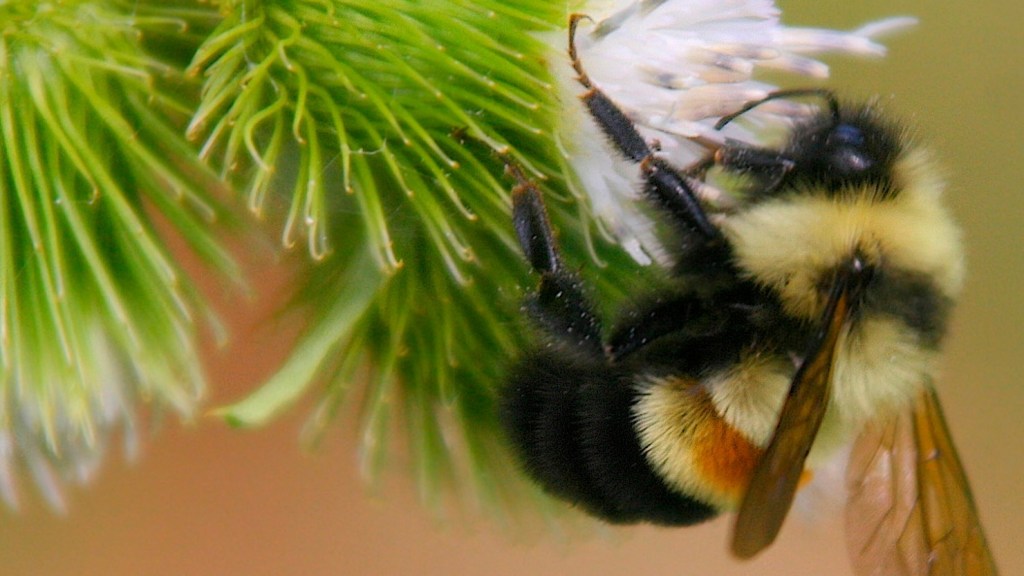 Though they’re bigger, bumblebees tend to get overshadowed by European honeybees. We’ve all heard that honeybee colonies are collapsing, but did you know that the bumblebees that been have been pollinating America’s native plants for millennia are also disappearing?

The U.S. government, though, treats them with equal disdain. It is not taking decisive steps to protect honeybees, and no one’s yet been able to sting it into action to protect the bumbling variety either.

Commercial operations box up bumblebees and ship them around the country, generally to pollinate crops grown in greenhouses. That trade is transmitting deadly diseases and parasites to wild populations, the enviros charge, and the release of aggressive Eastern species of bumblebees in Western states is hurting populations of the chilled-out Western varieties.

It’s not like this is a new issue. APHIS has known about problems associated with the bumblebee trade for at least two decades. And the environmentalists submitted a petition urging the agency to regulate the commercial bumblebee trade nearly four years ago. From the activists’ letter [PDF]:

The requested rulemaking is urgent and overdue. Numerous bumble bee pollinators have already declined dramatically and pathogens from commercial bumble bees are likely responsible for this; without agency intervention, we will likely continue to see a dramatic decline in bumble bee pollinators with perilous and potentially irreversible consequences. …

In the last two decades, there has been a dramatic rise in the demand for commercially reared bumble bees to pollinate greenhouse crops, particularly tomatoes. This rise has come with a concomitant decline in numerous species of North American bumble bees. The evidence to date supports the hypothesis that this decline was caused by the introduction of diseases spread by commercial bees. Since we submitted our petition in January 2010 several new studies have shown that commercial bumble bee hives harbor disease.

The unregulated bumblebee trade, combined with the wanton use of pesticides, is thought to have already killed off the Franklin’s bumblebee, which was last spotted in 2006. The environmentalists say federal guidelines could help save the western bumblebee, rusty patched bumblebee, yellow-banded bumblebee, and American bumblebee from succumbing to the same fate.