Heat killed three women who were picking grapes in California last week. This sort of tragedy will become more common as temperatures rise, and it’s no surprise that some of the first casualties are the people forced by their circumstances into the heat. 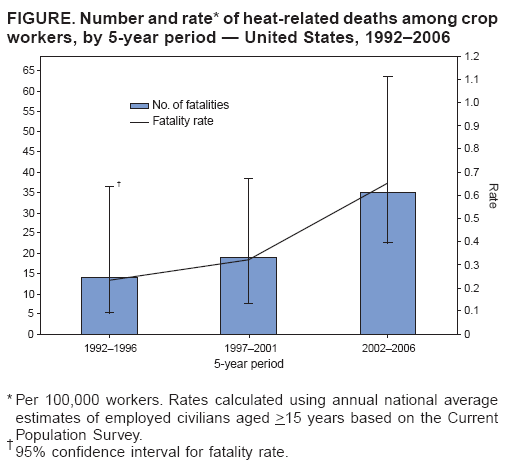 Temperatures reached 108 degrees up and down California’s San Joaquin Valley, far above the average high temperatures in recent years. California requires employers to provide shade and water to farmworkers, but workers lose money if they spend time cooling off in the shade. They are usually paid by the amount they pick rather than by the hour. And sometimes the water and shade stations are on the far side of large fields.

Undocumented workers are especially vulnerable because they are less likely to have health insurance. Data on farmworker safety is patchy, and this investigation suggests that heat-related fatalities are undercounted.

Climate change may feel remote to those with the resources to escape the elements, but it looks like it’s already killing people who don’t have those resources.