Climate-fueled disasters such as wildfires, cyclones, and floods were the No. 1 reason that people were forced to flee their homes in the last decade, according to Oxfam, an international confederation of 19 organizations that focus on global poverty. Overall, these events have displaced more than 20 million people around the globe.

The world’s poorest countries, which produce the fewest greenhouse gas emissions, overwhelmingly bore the brunt of the consequences of this extreme weather, said an Oxfam report released Monday. The alliance called for more “urgent and ambitious emissions reductions,” to address the climate refugee crisis.

With the United Nations Climate Change Conference, or COP25, underway this week in Madrid, Oxfam urged the international community to take action on proposed solutions to this cause-and-effect imbalance, such as the creation of a fund to help affected countries cover disaster-related costs.

“The international community has made little progress towards the provision of new funds to help poor countries recover from loss and damage resulting from the climate emergency,” the report found. 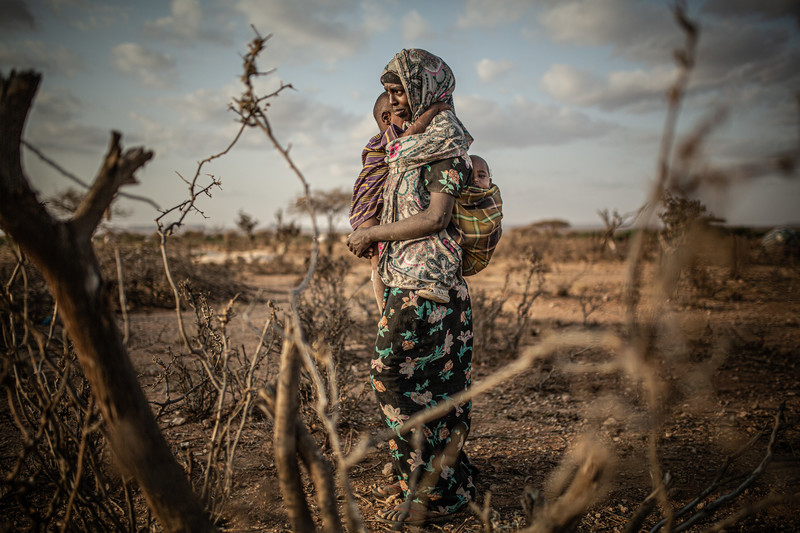 Amina Muhammed, 23, a mother of two children, has lived in this Ethiopian camp for displaced residents for about a year. Muhammed and her family were displaced from their home in the Oromia Region of Ethiopia. Pablo Tosco / Oxfam Intermón

Oxfam used data from governments, international agencies, and media reports to examine the number of people displaced within their home countries by climate-fueled disasters.

The researchers discovered that between 2008 and 2018:

“This is climate chaos – what it actually looks like,” Oxfam’s Tim Gore told the Thomson Reuters Foundation. Gore is the head of policy, advocacy, and research for the group’s International’s campaign on food and hunger, small-holder agriculture, land rights, and climate change.

Often the poorest communities — and women in particular — are the most vulnerable to extreme weather due to poorly constructed homes built on land that is at risk in storms or floods, Oxfam found. These households are unlikely to have insurance or savings to rebuild after a climate disaster, which can lead to deeper poverty and hunger.

“This kind of displacement,” Gore told CNN, “really tears at the social fabric of communities.”