Study: Rising temperatures will double the risk to farmworkers in the coming decades 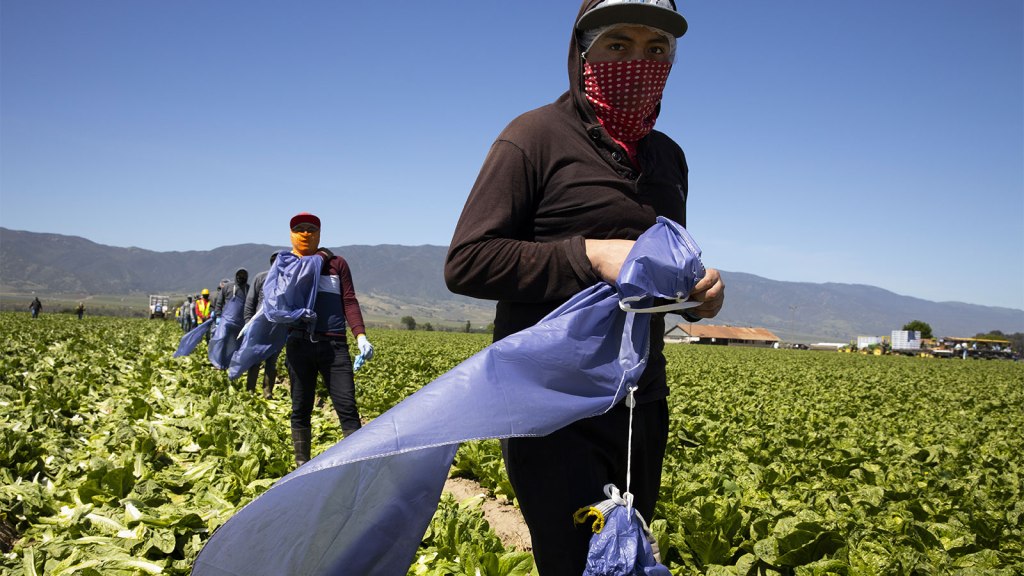 Brent Stirton / Getty Images
the heat is on

Study: Rising temperatures will double the risk to farmworkers in the coming decades

Farmworkers are on the front lines of the COVID-19 pandemic. But as they continue to feed a nation that is largely sheltered in place, the onset of summer presents them with a new set of risks — risks that could be dramatically exacerbated by climate change in the coming decades, according to a new study published in Environmental Research Letters.

Researchers from the University of Washington and Stanford University analyzed increasing temperatures in agricultural hotspots across the country. The average agricultural worker currently experiences 21 days each year in which the daily heat index surpasses workplace safety standards. However, based on new climate models that assume 2 degrees Celsius of global warming, the study shows that the average number of unsafe work days in crop-producing areas will nearly double by 2050, to 39 days each season. By 2100, farmworkers can expect 62 unsafe work days in a world that has warmed by an average of 4 degrees Celsius. That’s triple the exposure they currently experience.

“Both the vulnerability of agricultural workers and the rate and scale of climate change are the result of large structural issues that will not be solved with a single silver bullet,” Michelle Tigchelaar, the study’s lead author and a postdoctoral researcher at Stanford University, told Grist. “One thing that immediately needs to happen though is for states and the federal government to include heat in their occupational health standards for outdoor workers.”

So far, only California and Washington have a formal policy that aims to protect workers from exposure to severe heat. Farmworker advocates have urged the federal government to implement such a policy nationwide in recent years. Tigchelaar said that a model framework would provide simple things like heat breaks, personal protective equipment (PPE), worker training, heat-appropriate housing, and medical and heat exposure monitoring.

“Our results also clearly indicate that quick gains could be made by developing and promoting PPE that is more breathable but still stands up to pesticides and dust,” she said. “We also need immigration, farm, and economic policy that promotes access to healthcare, social services, and a living wage, as well as rapid reduction of climate pollution.”

Farmworker communities currently face a plethora of risk factors including low wages, low rates of insurance, and vulnerable immigration status. Tigchelaar began her research after 28-year-old farmworker Silva Ibarra passed away in Bellingham, Washington, during a scorching summer in August 2017. She was working on a study of climate change impacts on maize yields at the time. But when she heard the news of Ibarra’s death, Tigchelaar realized that there was very little research done on the well-being of farmworkers in a changing climate.

Ibarra had left behind a family in Mexico and traveled north to Washington state on a temporary agricultural visa to work in the fields. But he started having migraines while working and was unable to convince his supervisor that he required medical attention or even a break. He later collapsed. He passed away two days later, and his death led 70 of his coworkers to participate in a farmers’ strike. It also led Tigchelaar to conduct the research she published this week.

“From an environmental justice perspective, our study is therefore unique in that it centers the health and well-being of a particularly vulnerable group of workers,” Tigchelaar said. The research also “points at their protection as essential for safeguarding the future of healthy food systems and communities.”