The second-hottest city in the US declared a climate emergency. Here's what comes next. 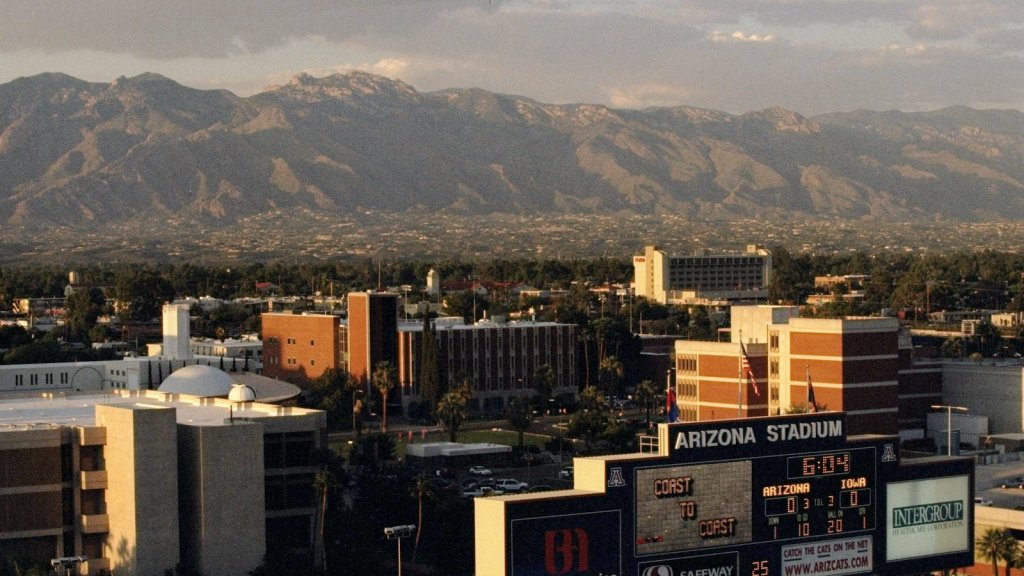 The second-hottest city in the US declared a climate emergency. Here’s what comes next.

It was another scorching summer this year in Tucson, Arizona, the second-hottest city in the United States, where even plants adapted to the desert’s harsh conditions wilted amid record-breaking temperatures and scant rainfall.

This summer was the state’s hottest on record, and in August, the city clocked four days that were 43 degrees C (110 degrees F) or hotter and 26 that were over 37 degrees C (99 degrees F). Tucson temperatures are on average 2.5 degrees C (4.5 degrees F) warmer now than in 1970, a greater increase than in most other American cities, according to analysis of weather data by Climate Central.

In September, Tucson’s hottest and driest on record, city officials declared a climate emergency, pledging to become a global leader by working “to promote an ecologically, socially, and economically regenerative local economy at emergency speed.” They promised to come up with a bold climate action and adaptation plan that puts environmental justice and equity at the heart of its green transition.

“We’ve been warned by scientists across the world and the U.S. military that climate change is one of the greatest threats, not just to the environment but to the economic stability of our country,” Regina Romero, who was elected mayor in 2019 on a climate justice ticket, told the Guardian. “In Tucson, water resources and heat are urgent issues, we have to protect the liveability of our communities. This is an emergency and we had to ring the bell.”

The action plan is a work in progress, but Romero said key goals would include upgrading city buildings to be 100 percent powered on renewables, electrifying public transport, and investing in long-neglected urban communities to make them healthier, more livable places, in order to curb urban sprawl, according to Romero, the first woman and first Latina to be elected mayor.

Tucson is Arizona’s second largest city after Phoenix, with almost 1 million habitants. Its rapidly growing sprawl encroaches on precious desert landscape, increases traffic, and depletes already limited water sources. Extreme heat isn’t new in Arizona, but it is getting worse as the planet gets hotter and hotter.

As temperatures rise and rainfall declines, air pollution is increasing along with associated health conditions such as asthma. About half the population of Tucson are people of color, mostly Latino communities, who are disproportionately affected by heat islands, drought, and worsening air and water pollution.

“Tucson is often referred to as the green alternative to Phoenix, but really it’s more like the less brown alternative,” said Vince Powloski, of the Tucson Climate Action Network. “After decades of bad planning and negative influences, we’ve had some positive incremental changes, but not the radical, transformational change needed. I hope the climate emergency declaration will help us, but it will require getting everyone on board, and depends on politics at the state and national level, too.”

Joe Biden, who won Arizona by half a percentage point in last week’s U.S. election, has promised to rejoin the Paris Agreement on day one of his presidency. At the state level, votes are still being counted in some key races but it looks like the Democrats will not flip either chamber, despite a multimillion-dollar effort. This could lead to obstacles for Tucson and other cities and counties trying to implement climate mitigation plans.

Tucson, a Democrat-leaning city, and the historically mostly Republican state of Arizona have since the 1990s come up with bold sustainability plans on water, public transport, and renewable energy. Tucson was among almost 4,000 cities, states, tribal leaders, universities, faith leaders, and CEOs to sign the We Are Still In declaration, committing to climate action after Donald Trump announced that the United States would leave the Paris Agreement.

Recent popular policies in Tucson have included an incentive-based reclaim and reuse water program, an electric tram system connecting low-income Black and Brown communities, and a tree-planting initiative to mitigate some of the worst heat islands.

But advocates say that over the past three decades, progress has been stalled and plans diluted as a result of corporate influence at local and state levels. For instance, a statewide policy requiring developers to have 100 years of water resources for new projects has been eroded by the state legislature, while strong commitments to phase out coal have ended up favoring natural gas rather than solar and other renewables. Without joined-up action across the region, activists fear that developers and farmers will simply move their water-guzzling ventures to outside the city limits.

Nevertheless, Romero is adamant that the climate emergency declaration is not an empty political statement, but will lead to action demanded by voters and fuel change nationally.

“The most progressive federal climate actions started as city-led grassroots initiatives,” she said. “Climate action and environmental equity always start from the bottom up.”