Papua New Guinea has one of the largest expanses of tropical rainforest on the planet. But in recent years the island nation just north of Australia has seen a surge in deforestation from logging and mining, which has threatened to release large stores of carbon into the atmosphere.

Deforestation has left behind patches of bare land across the country, and indigenous communities bear the brunt of the environmental consequences. Many are wary of companies that clear the land without providing something to the local community in return. So in 2017, when the Malaysian timber company Maxland secured a permit to clear rainforest on the country’s Manus Island, it promised to plant three to five million rubber trees and said it would benefit nearby communities through jobs, royalty payments, and improved infrastructure.

Critics say that Maxland is a wolf in sheep’s clothing. According to a new report released this month by the human rights and environmental watchdog Global Witness, Maxland has not planted a single rubber tree, despite being two years into its five-year contract. Instead, the report claims that the company has prioritized illegal logging and exporting the island’s valuable hardwood timber, raking in millions of dollars in the process.

What’s more, Global Witness discovered that the company is linked to some of the world’s most prominent financial institutions, including BlackRock — the planet’s largest asset manager — which announced in January that it would place sustainability at the center of its investment approach and divest from companies that present significant climate-related risks. The non-governmental organization’s investigation found that BlackRock is among the top 20 shareholders of the three banks financing Maxland’s “mother company,” the Joinland Group, a Malaysian conglomerate with a history of logging projects in Papua New Guinea.

Norway’s $1 trillion Government Pension Fund Global, which just last week decided to blacklist large coal-dependent companies from its portfolio, is also among the top 20 shareholders of those banks — despite the fact that it publicly divested from a slew of companies tied to deforestation last year. Other financial supporters include The Vanguard Group, T. Rowe Price Associates, and the California Public Employees’ Retirement System (CalPERS). At the time of Global Witness’ analysis, these financial institutions had hundreds of millions of dollars tied to the banks that made Maxland’s Manus Island project possible.

“It’s broadly understood now that unregulated finance is contributing to climate change by propping up the fossil fuel industry, and the same is true of the financing of industries involving deforestation,” said Lela Stanley, the lead investigator for the Global Witness report. “Ordinary people whose savings are invested with these financiers may be unwittingly connected as well.”

Grist reached out to BlackRock for comment on how this fits into their sustainability goals but did not receive a response in time for publication. In an email to Grist, a spokesperson for the Norweigan pension fund said that, in 2019, it continued “dialogue with banks in Southeast Asia on their policies for lending to companies that contribute to deforestation.” The Vanguard Group told Global Witness it would incorporate the report into its “ongoing analysis with the companies in question.” T. Rowe Price did not comment on its specific investments, but it told Global Witness that environmental and social factors were key components in its investment approach. Meanwhile, CalPERS declined Grist’s request for comment. 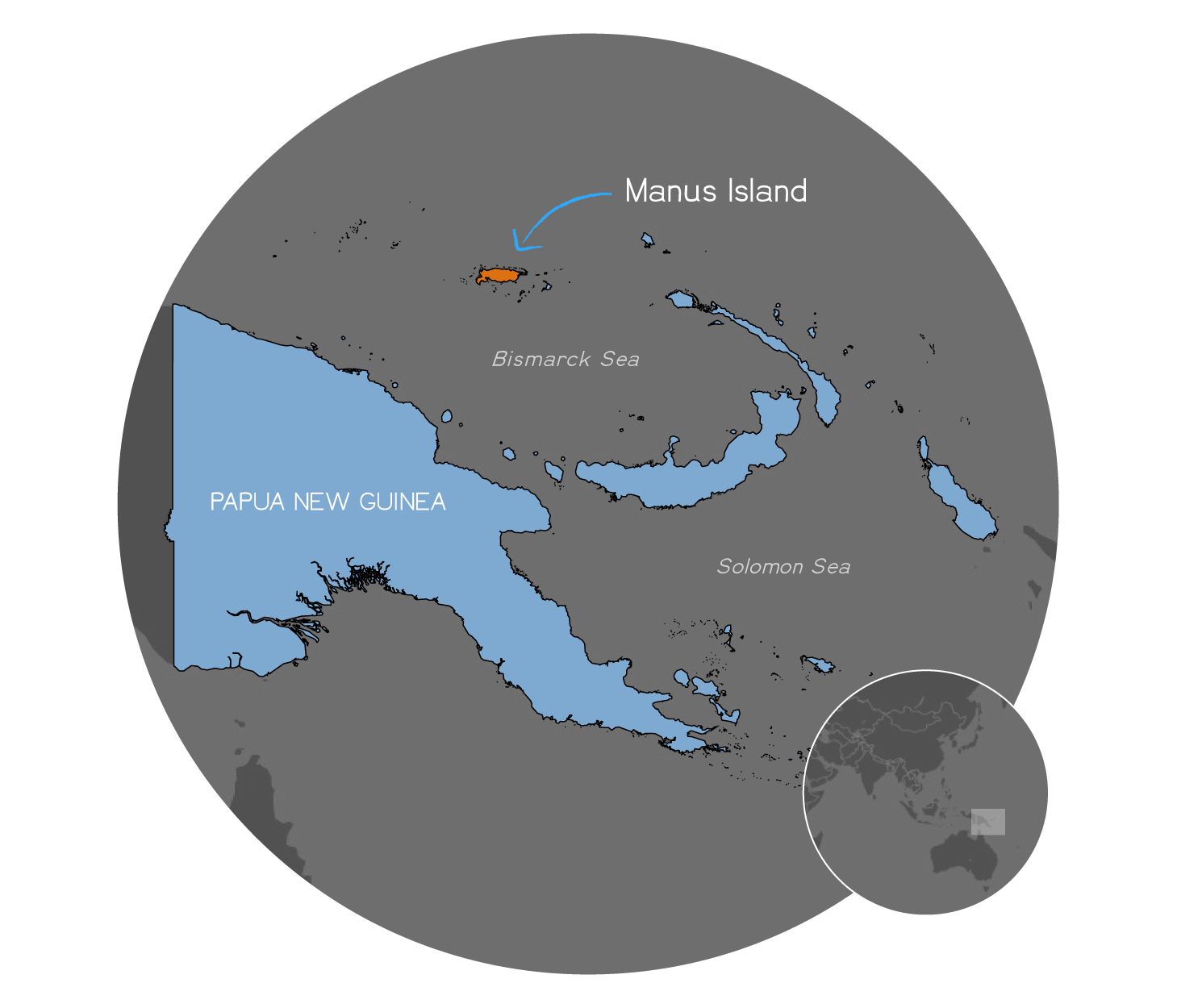 Maxland’s Manus Island venture, the Pohowa Integrated Agro-Forestry Project, has frustrated the indigenous residents of Manus Island, according to Global Witness. The local villages are still in dire need of critical infrastructure and services such as major roads, as well as additional air and water transportation options. Some villages are nestled between the rainforest and the sea — and the only way to reach the main market in the island’s port and provincial capital on the opposite side of the island is by boat, which requires a fare and takes two hours each way.

Maxland promised residents that it would build a road to make their lives easier, while also culling the forest and replacing it with millions of rubber trees that would potentially open up rubber farming jobs. Many locals thought it was a good deal, but when Global Witness visited the site in October 2019, Maxland seemed to have failed to deliver on its promises. The investigators did observe a few thousand rubber seedlings on the far side of Manus Island, on a site that did not belong to Maxland, but they appeared neglected and were in poor condition. And by that time, the company had already exported nearly 19 thousand cubic meters of hardwood timber worth roughly $1.8 million to China and Japan.

Josephine Kenni, the head of Papua New Guinea’s National Rubber Board, which manages the rubber industry in the country, told Global Witness that 60,000 more rubber seedlings were expected to arrive from Malaysia by the end of May. However, Kenni also told Global Witness that Maxland was violating the law and the board’s project plan. As of April, Global Witness received local reports confirming that no rubber has yet been planted at the project site. However, a huge logging camp appeared to be operating in full swing, with water tanks emblazoned with Joinland’s company name and a petrol station to serve the company’s fleet of trucks.

Thomas Hah, a Malaysian entrepreneur and founder of the Joinland Group, responded to Global Witness by denying its findings and warning that the organization would receive “an official letter” from his lawyer. (Hah did not reply to Grist’s request for comment in time for publication.)

“For your information, all our projects in Papua New Guinea are granted by the National Forest Authority,” Hah said in an email to Global Witness. “We reserve our legal rights towards any baseless and false allegations.”

The approval of Maxland’s permits was initially rejected by the Provincial Forest Management Committee. However, Papua New Guinea’s National Forest Authority overruled that decision and issued a permit, as Hah noted, despite what Global Witness determined to be the company’s violation of the Forestry Act, which requires permit applicants to submit “evidence of past experience in any agriculture or other land use developments.” Maxland lacks prior experience with rubber plantations, according to the report. On top of that, an earlier Global Witness report documented Maxland’s parent company Joinland performing a similar logging operation on the island of New Hanover.

Since Maxland laid eyes on Manus Island, the company worked hard to court and gain the trust of major players and leaders on the island. The report found that Maxland bought houses for public officials in the area and paid police officers to perform private security functions (a relatively common practice for logging companies that set up shop in the country).

For now, Global Witness told Grist it hopes the report will spur the government of Papua New Guinea into action.

“We hope … that this report prompts the government to thoroughly investigate this instance,” Stanely said, “and to finally enforce its own laws that protect the land and forests that its rural communities depend on.”