Tristan knew the end was near when his dad turned yellow.

Two years earlier, his father, Jake Seniuk, had been diagnosed with a rare form of small intestine cancer. He tried chemo, he tried radiation, and then he tried ayahuasca, a plant native to Peru that is used in traditional healing ceremonies. In addition to making you violently ill, ayahuasca gives you visions — wild, spectacular visions. Jake had taken ayahuasca a few years before, after he was diagnosed with prostate cancer, and he attributed his recovery to the plant. When he was diagnosed for the second time, he turned to it again.

Treating cancer with ayahuasca made sense for Jake. He was a hippie, an artist, a vision-quester, a back-t0-the-lander who spent much of his adult life on six acres of mostly wild land he owned in Port Angeles, a small, isolated community on the Olympic Peninsula in Washington state, where he worked as the director of the Port Angeles Fine Arts Center. Jake was strong and active — a runner, alpine hiker, and cyclist well into middle age. Divorced from Tristan’s mom, he brought his two sons to Port Angeles on weekends and summers when they were kids, and the trio battled the wild roses that overtook the land, tunneling through the thorns to make pathways to the old-growth trees on the property.

In January of 2016, Jake went to Hawaii to do five ayahuasca treatments over two weeks. He came back optimistic, but it didn’t matter: The cancer had spread to Jake’s liver. Cancer of the liver, whether it starts there or spreads there, is especially deadly: The five-year survival rate for metastatic liver cancer is less than 15 percent. When his body turned yellow from jaundice, one of the later effects of the disease, it became clear that Jake would not be in the lucky 15 percent. It was time to plan. 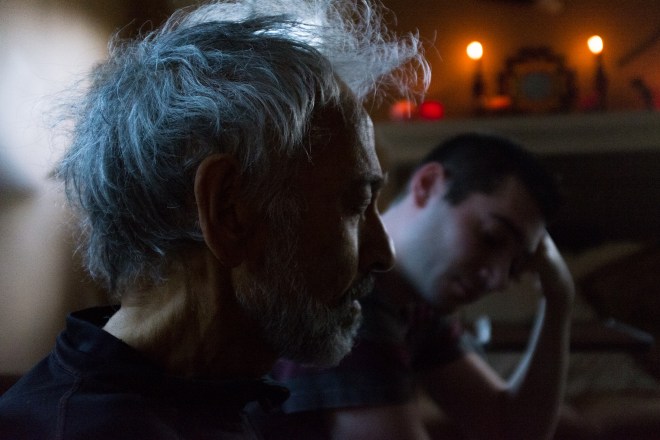 The American way of death

Around half of Americans are buried after they die. In a conventional burial, the body is drained of blood and injected with formaldehyde, methanol, and other solvents that slow the decomposition process. Afterward, the body is placed in a casket made of wood or metal, which is then lowered into a plastic-lined concrete vault designed to prevent the soil around the casket from sinking.

This takes a lot of resources. Each year, more than 30 million board feet of wood, 1.6 million tons of concrete, 800,000 gallons of embalming fluid, and 90,000 tons of steel are used for underground burials in the United States alone. That’s as much steel as is in the Golden Gate Bridge.

Cremation, while less resource intensive, isn’t ideal either. Some facilities use filters or scrubbers to reduce pollutants, but cremation still results in soot, carbon monoxide, and trace metals like mercury being released into the air. Each cremation uses about 28 gallons of fuel and releases about 540 pounds of carbon dioxide into the atmosphere. Multiply this by the roughly 1 million bodies that are cremated annually in the United States, and you get 270,000 tons of carbon dioxide released each year due to cremation. That’s more CO2 pollution than 22,000 average American homes generate in a year. 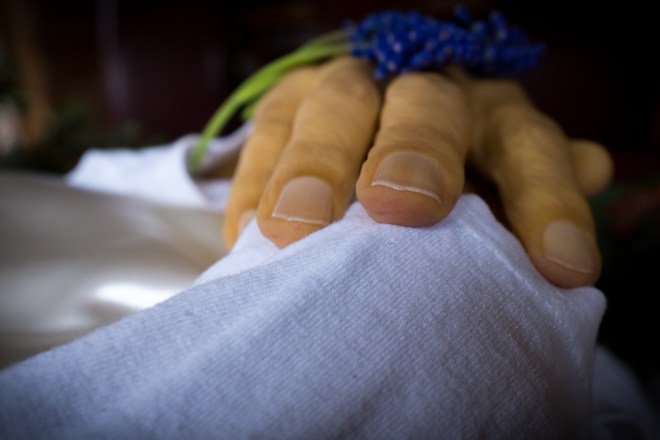 Choosing a greener way to die

Jake had spent his life respecting the Earth, and he didn’t want his final act to harm it. He was also opposed to the death care industry — a $20 billion-a-year business notorious for preying on people at the lowest points in their lives. It’s an industry increasingly controlled by a single entity called Service Corporation International (SCI), a company with 20,000 employees and a market capitalization of $4 billion.

Jake decided on something different: a natural burial. He wanted to go back to the burial traditions humans embraced for thousands of years before the development of chemical embalming and steel-lined caskets. There would be no formaldehyde, no coffin, just a simple shroud and a hole in ground.

“Jake passionately believed in green burial,” says his partner Donna. “He saw no good coming from filling his body with more deadly chemicals or using insane amounts of energy to burn it, releasing more chemicals into the atmosphere. He wanted to nurture the Earth as it had nurtured him.”

Natural burial is perfectly legal in the United States, but that doesn’t mean it’s easy. Jake’s friends and family couldn’t just dig a hole in his land in Port Angeles and leave him there to rest — although they did think about it, Tristan says. Natural burial requires a cemetery willing to take the body, which can be difficult to find. Because so many cemeteries are owned by SCI, a company that pushes clients to take the full package — embalming, concrete-lined vaults, etc. — there are only a handful of natural cemeteries in all of Washington state.

The family got in touch with Lucinda Herring, a licensed funeral director who specializes in green burial and at-home vigils. Herring told the family to gather everyone who would be involved, and she came to Donna’s home in Seattle to guide them through the process and divvy up responsibilities. Because the plan was for Jake to die at home and for his body to be kept there until it could be moved to the cemetery, someone would need to get the death certificate to the medical examiner. They would also need a permit to transport the body and plenty of dry ice. And they would have to inform the neighbors so no one called the police if they happened to stumble upon the scene.

With Jake still very much alive beside them, his friends and family took on tasks, asked questions, and voiced their concerns. Tristan wondered if his dad’s body would smell. Lucinda said that it might, so they should keep a window open, which would also prevent carbon dioxide buildup from the dry ice. Jake suggested that they just mount him on the wall, and everyone laughed, and said no.

“It was part training, part therapy,” Tristan says. “We started to think of it as an art project.”

Lucinda echoes that. “Jake was an intimate part of crafting this whole thing,” she says. “It was like an art installation for him. He could look at Donna and his sons and friends and say, ‘This is OK. Let’s make it a work of art.’”

After the meeting with Lucinda, Jake crashed, hard. The morphine provided by hospice didn’t entirely kill the pain, and Jake couldn’t get comfortable. He got worse and worse. Over the next few days, friends came by to say goodbye, but Jake was in and out of consciousness.

“It was just a really grim, surreal experience,” Tristan says. “I think the hardest part of the whole thing was that he couldn’t talk. And he is — was — such a talker. It was like watching a person unravel.”

On March 18, a bright and sunny day, Jake’s family and a few close friends sat around his bed, listening to music he loved and talking about the land in Port Angeles. “It sounded like he was choking every time he breathed,” Tristan says. “Then his breath got slower and slower. We kept being like, ‘Was that it?’ Then he would take another breath. Eventually, there wasn’t another breath.” He died at exactly noon.

A vigil at home

After Jake was gone, there was work to do.

Donna washed her partner’s body and dressed him in simple cotton clothing. Tristan took on the paperwork, retrieving the death certificate from a doctor and then delivering it to the medical examiner for filing. His younger brother Markus got dry ice from the fish department at the local grocery store. When the fishmonger found out what it was for, he gave it to them for free.

The cemetery Jake was to be buried in is closed on weekends. Because he died on a Friday, the family would need to keep him home for the next three days — the legal limit of time you can keep a body in Washington state.

And so, over that weekend, Jake’s friends and family sat with his body while it slowly cooled and settled into rigor mortis. Some people wanted to be alone with him, some didn’t. It wasn’t morbid, Tristan says. It was actually kind of beautiful. Jake’s eyes were closed, and he looked, for the first time in weeks, peaceful. Happy, even. “None of us were afraid,” Tristan says. “It felt really good.” 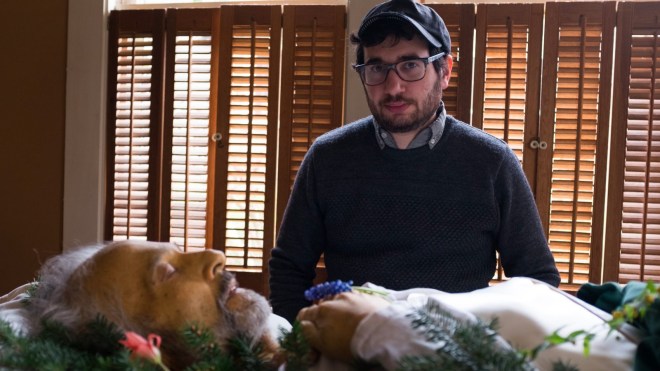 Donna felt the same. “I wanted to keep his body at home after his life ended,” she explained. “I needed to walk, step by step, through the ancient rituals of caring for a deceased loved one. It took a small crew; it drew our handful of friends and family members into a close, intimate circle of care and lightness. There was room for grieving — but also for eating, telling stories, sitting quietly with his body, laughing, chatting in twos and threes.”

Amidst the chatting, Jake’s mouth opened, and the family joked that it was either his spirit leaving or his attempt to join the conversation.

On the third day, Jake’s family and friends placed mementos on his body and fitted him in a simple cotton shroud they’d ordered online. They drove two hours north to a natural cemetery in western Washington with Jake’s body in the back of a rental van. There, they lowered him down into a hole the funeral home had dug for them. Jake’s people spoke over the grave. Donna read a Leonard Cohen poem. It was a funeral like any other, says Tristan, but maybe not as sad. “There was never a somber moment,” he says. “It was just incredibly peaceful.”

Afterward, they all went out for Italian food, something Jake refused to do in life, because, he said, “Why would you pay for pasta?” They put it on his credit card. 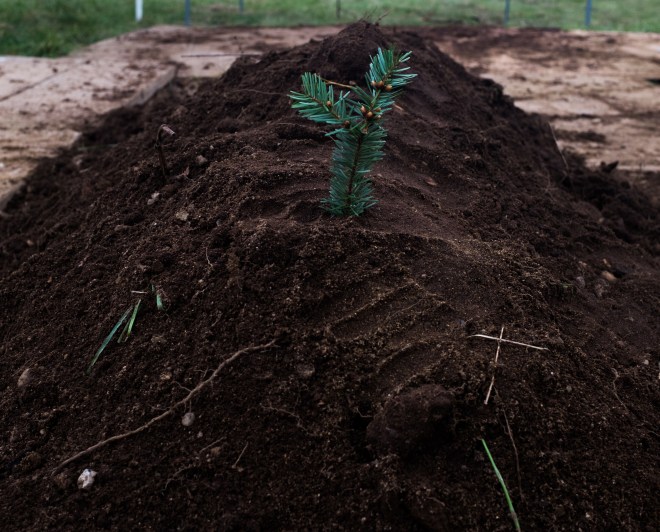 Six weeks after he buried his dad, Tristan went with his family back to plant the bushes Jake wanted to grow over his grave. He chose roses, Tristan says, laughing, as though his dad hadn’t battled them enough in life.

The funeral director asked the family if they wanted some time alone at the gravesite, but they said they didn’t need it. They had spent three days with the body; they’d accepted Jake’s passing.

Tristan isn’t religious, or even very spiritual, but this experience moved him in an unexpected way. “We know his body is resting there, but he’s not there,” Tristan says, his eyes clear. “He’s gone, and we all have this feeling that he’s just bushwhacking somewhere. He’s out on a path, full-force, somewhere.”