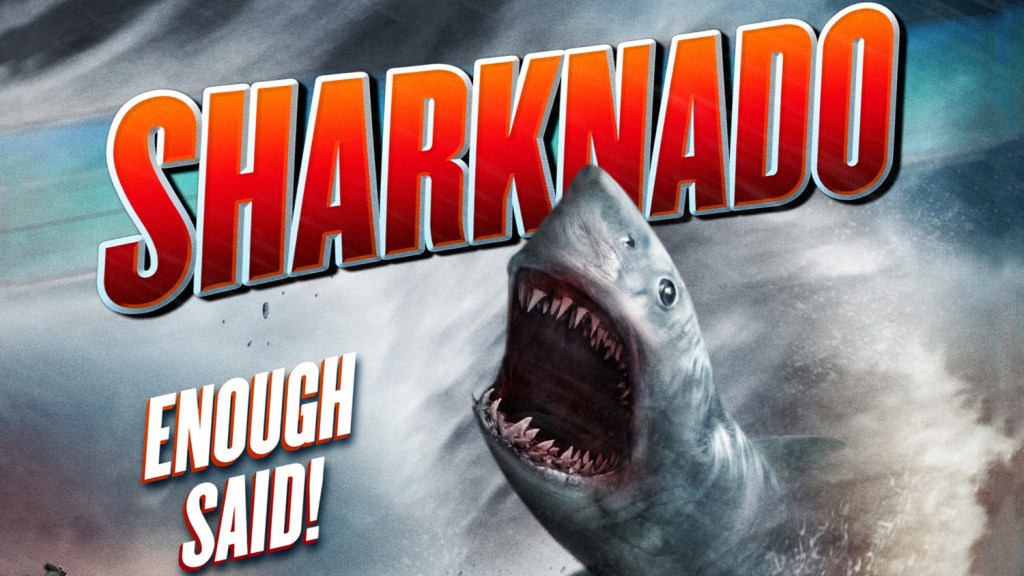 Let it never be said that the producers of Sharknado 2: Sharknado Harder only care about fictional sharks that are delivered via violent weather system. They also have plenty of love in their hearts for real, living, sea-bound aquatic predators — which is why they’re sending some of the donations they collect for a fan-funded bonus scene to conservation projects.

The studio reportedly became interested in supporting shark conservation and science after the huge success of “SharkNado,” and is hoping to raise at least $50,000 to pay for the fan-funded bonus scene. The studio has pledged to donate 10 percent of the contributions to the RJD Marine Conservation Program at the University of Miami to further the college’s ongoing shark conservation research.

There are some good rewards in here too, if you happen to be a Sharknado fan: a $120 donation gets your recorded scream used in the film, and for $5,000 you can get a walk-on role “with either a death scene or a heroic scene, your choice.” Plus, of course, $12 or $500, respectively, for shark conservation.

I’m pretty amused by the idea of Sharknado, a movie about things that would almost certainly not scientifically happen to sharks, raising money for “shark science.” But this still seems like a win-win proposition — sharks get support, film buffs get a silly thriller to enjoy, and maybe one of you gets your scream on film.