The trouble with La Croix 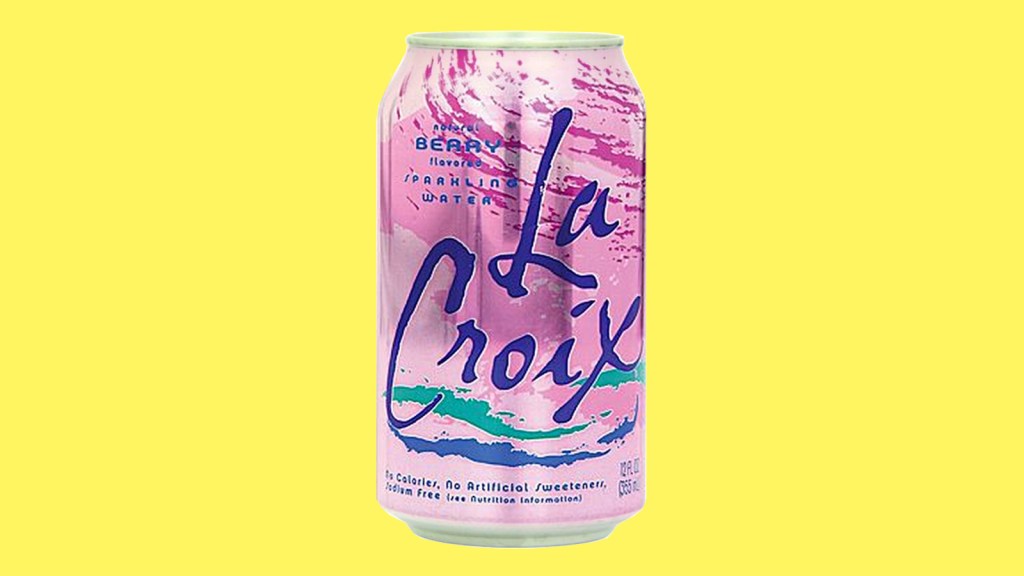 The trouble with La Croix

We need to talk about your drinking.

I know you think you’ve got it under control, that you can quit any time you want, that it’s not a problem. But I’ve seen you around town — at bars and cafés in the evenings, stumbling down the street with a drink in your hand in the middle of the day. I’ve been to your house and I’ve seen the empty cans piled high, spilling over the sides of the paper Safeway bag you use as a recycling bin. I’ve seen the half-full drinks on every end table, the well-stocked mini-fridge in the closet you refer to as your “office.”

You drink too much, is what I’m saying, and for your sake — for everyone’s sake, really — it’s time we had a conversation about your La Croix habit.

La Croix, the carbonated water in a can, is having a moment. If you’ve never tried it — which seems frankly impossible in the Year of the Can — know that it tastes a lot like water, but … better. It’s heavily carbonated and has just a hint of fruit, with flavors like lemon, lime, apricot, and “pamplemousse,” a popular favorite otherwise known to plebeians as “grapefruit.”

The cans themselves are both charming and hideous, as though they were airbrushed at a state fair. In a glowing love letter to the beverage in The New York Times Magazine, Mary HK Choi wrote that the cans are “somehow simultaneously obnoxious and earnest, as if they’re trying to appeal to Canadian ravers or the sort of people who have septum piercings and shop at Desigual.” La Croix is like Perrier meets North Florida, and it is an unexpectedly delicious union.

La Croix has been around since 1981, but its boom in popularity is fairly recent. The Washington Post reported that since 2009, sales have tripled to 175 million while soda revenue has plummeted for the past ten years. Is this because Americans are all of a sudden developing more refined tastes, choosing subtle natural flavoring over Takis and Mountain Dew? HA! Not likely. Our national pastimes are watching celebrities fight on Twitter and murdering each other. We are also, however, preoccupied with getting fat — and with no calories and no sugar, La Croix is the perfect alternative to sodas, as well as a fine mixer for booze hounds who like to stay hydrated.

La Croix’s so-trashy-it’s-classy cans are made from aluminum, and, according to our very own advice columnist Umbra:

“The manufacture of aluminum is resource intensive and uses a stunning amount of energy: an average of 7.5 kilowatt-hours of electricity for each pound of virgin aluminum. Removing bauxite is no environmental picnic, either, what with the open-cast mining, the deforestation, the mud pits, and the building of roads into once-pristine areas.”

Of course, aluminum can (and should!) be recycled, which would cut the energy required to manufacture new cans by about 95 percent, according to Umbra. But how much of our waste actually gets recycled, instead of tossed in the garbage because the recycling bin is 15 feet further away? The Container Recycling Institute reports that Americans throw away an average of 425 cans a year, which is twice as many as we recycle. That’s a lot of La Croix.

I can hear you protesting — “but I always recycle!” — and yet, a can is still a can. It takes a lot more energy to get that La Croix to you than it does to turn on your tap and drink city water like the rest of us trash. But, there is hope, and the first step to recovery is admitting you have a problem. So when you get home tonight, I want you to take a good, hard look at your fridge. Now, go look at your recycling. Is it overflowing with acid-washed water cans? Are they strewn around your house? Are there any beside your bed? Are there any inside your bed? You have a La Croix problem.

And I get it — taking an ice-cold La Croix out of your fridge, popping it open, and hearing those little bubbles foam up, it just feels good and right. But if you find yourself sneaking the devil’s water on your lunch breaks, if you’ve suddenly realized that you’re drinking more La Croix than water, if you’re feeling a vague sense of unease and are not sure why — well, it’s time to step back and look at your life. It’s OK to enjoy La Croix occasionally, but is not OK to drink La Croix exclusively.

Put down the can and turn on the tap, my friend. It’s time.