This pedal-powered wienermobile puts the joy in your morning commute 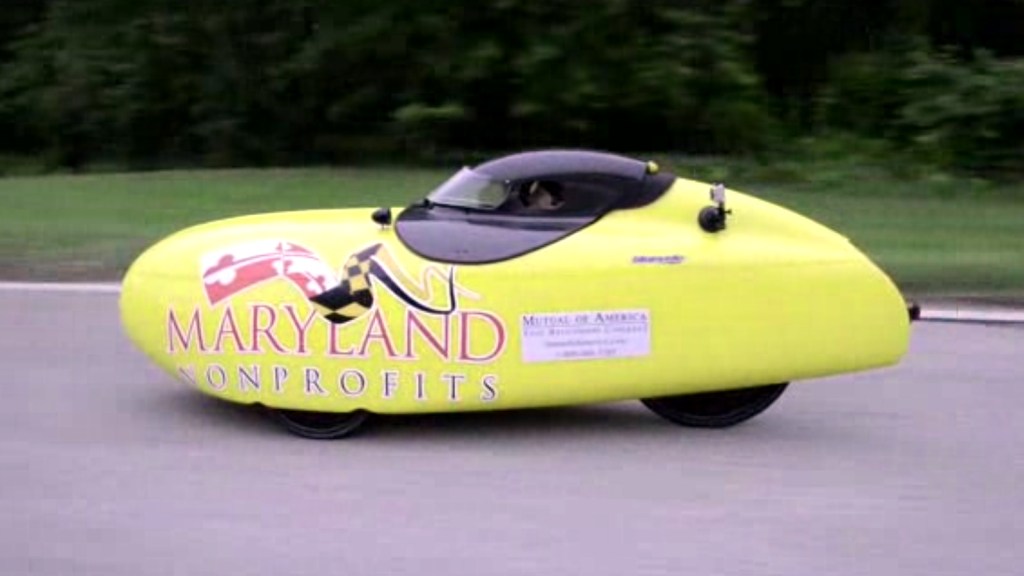 This pedal-powered wienermobile puts the joy in your morning commute

Have you always wanted to bike to work but didn’t have a good place to keep your coffee? Love the idea of riding but grossed out by tooth bugs and drizzle? Maybe you thought the idea of a bicycle was cool but always secretly hoped to travel in what appears to be an enormous yellow penis? Well wait no more, fickle commuter, the Velomobile is here! Or there’s one in Baltimore, at least, and if you can ride one in Baltimore, a town nearly as bicycle friendly as it is dog sled accessible, you can ride one anywhere!

Velomobiles are three- or four-wheeled human-powered vehicles with a full fairing to keep you out of the elements and to provide a bit of extra protection in a dust up with a texting cager. (Heck, kick back in this recombinant-style number, and you too can join the dangerous world of texting while commuting!)

Greg Cantori, an avid velomobilist (Velomobilite? Velomobanaut? Velomobatman? That’s the great thing, they’re so new you can call yourself whatever the hell you want!) told Julie Scharper of the Baltimore Sun, “There’s a sense of freedom you don’t have in other modes of transportation. There’s a happiness effect.”

Doesn’t he worry about getting flattened?

Cantori says that he feels very secure in the velomobile.

“I feel more safe in this than I have in 25 years of biking,” he says. Because the velomobile is so aerodynamic, he can keep up with traffic without over-exerting himself. And the vehicle’s shell offers an additional level of protection.

His wife, Renee Cantori, says she feels that her husband is as safe in the velomobile as he would be in a car.

“It’s a bright yellow bullet. You’d have to be blind to miss it,” she says.

Another cool thing is that velomobiles can have some pretty killer sound systems, but be warned, you’ll need to really crank it to hear it over the sound of your own awesomeness.