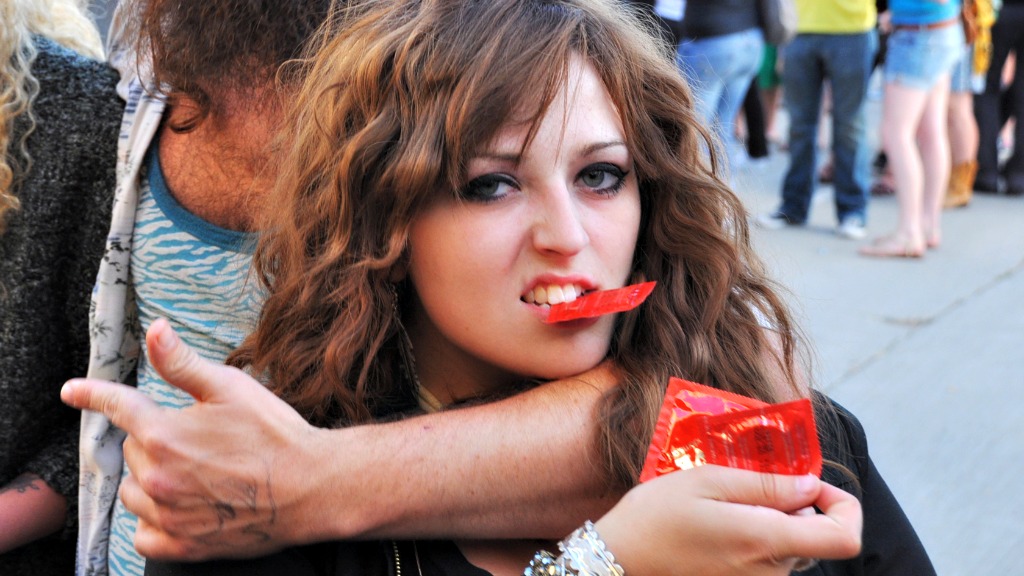 Is there anything more fun than sexism in marketing? (See: Bic Pens for Her. And yes, everything short of toenail removal is more fun.) Its latest coup: tarnishing the enthusiasm we might have otherwise felt for Sustain Condoms. Created by the founder of Seventh Generation and his daughter (um, AWKWARD), the condoms are made from non-toxic, fair-trade rubber from an Indian plantation that pays workers a fair wage.

Sustain thinks fair-trade condoms will primarily appeal to us ladies with our squishy bunny hearts, rather than men, who hate sustainability and only buy brands that sound like monster trucks. (Trojan Magnum Destructo! OK, maybe Destructo would be a poor choice for a condom brand.) Explains Jeffrey Hollender:

Part of the challenge we are facing is the huge discomfort women feel buying condoms. If a man buys them, he’s having sex and he’s cool. Women have a negative attitude.

Right. Because a woman buying condoms is NOT having sex. She’s purchasing them to stitch into a wedding gown while crying softly and watching Say Yes to the Dress with her cat and a bottle of merlot. Yes, women get slut-shamed more than men, but we’re pretty sure almost EVERYbody feels self-conscious about buying condoms, not just women.

So yes, fair-trade condoms are cool. Less cool is assuming dudes don’t care how their sausage wrappers get made. If Sustain really wants to appeal to women, maybe they should brand vasectomies.