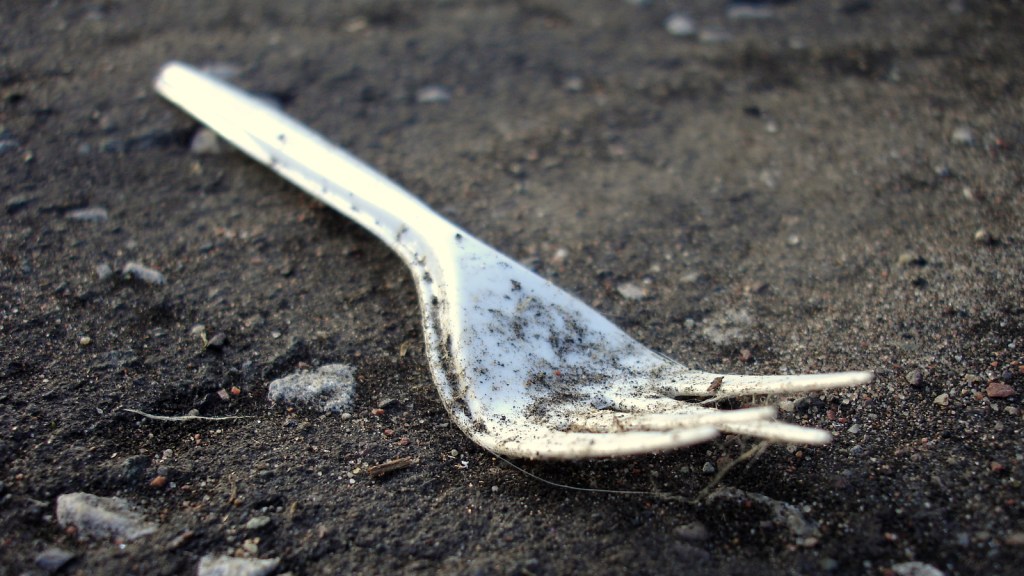 Paul Ferguson
A Tine to Remember

I’m curious. When it comes to disposable utensils, what has the least long-term environmental impact, corn-based plastics or light wood utensils? I’m curious both about production and their long-term fate in oceans and landfills.

I’m curious, too: Are you asking simply to expand your knowledge, or are you in the market for some disposable utensils? If it’s the former, cheers, and please read on! If it’s the latter, I’m going to start off by putting in a plug for reusable utensils over throwaways. Even the most conscientiously produced disposable products require energy to make and ship, which starts to feel quite wasteful when you unceremoniously toss them away after a single use. Reusable cutlery, on the other hand, really is the gift that keeps on giving.

But let’s put the options on the table and see which one really cuts the mustard. On one side, we have compostable plastics, often made from polylactic acid, or PLA, which is often derived from corn (but it’s also possible to make it from other plants, such as wheat, barley, and potatoes). On the other, there’s wood, which comes from, well, trees, and also bamboo (technically a grass, if it ever comes up on trivia night).

To start, both are better than conventional plastic cutlery. Virgin-plastic utensils are made from petroleum, usually aren’t recyclable, and can take up to 100 years to start breaking down. So if you have to use disposable utensils, definitely eschew regular plastic. And if you have to choose between PLA or wood? The latter will give you more bang for your buck knife.

Why? So glad you asked. Although it takes more resources to produce wooden items, when you look at the entire lifecycle of a product, wood has less impact. Wood whups conventional plastic in studies of everything from coffee stirrers to decking materials, although I could not find numbers comparing wood and PLA cutlery. Another factor to consider when it comes to PLA, depending on how you feel about GMO crops: Coming from corn, as it does, it’s very likely derived from GMOs. Wooden utensils, which are sometimes treated with wax or another food-safe coating, tend to come from fast-growing species such as bamboo and birch. The popular Canadian brand Aspenware even sources its wood from already-cut trees left behind by the lumber industry.

But wood’s real advantage comes after you’re done with it. You see, PLA utensils can in theory be compostable; they will break down under the right conditions and leave no toxic nastiness behind. But those “right conditions” are key. PLA won’t disintegrate efficiently in a backyard compost pile, as it needs the heat and microbes found at commercial composting facilities to get the job done. And even then, those bioplastic utensils might stick around a lot longer than advertised, as cases like this one and this one demonstrate.

Buying only PLA plastics with the Biodegradable Products Institute’s logo helps somewhat, as then you’ll know the brand has passed third-party tests for compostability. But even if compostable plastics actually will break down as promised, that’s no guarantee that they’ll get the chance to. Trouble is, Victoria, PLA looks like regular old plastic — so plenty of confused consumers end up pitching it into the garbage. That confusion extends to industrial composting facilities, too, where well-meaning sorters often mistake PLA items for plastic, yank them out, and trash them. So chances are high these compostable plastics will end up in a landfill, where they’ll emit climate-warming methane instead of fulfilling their true destinies.

Wood cutlery, though, looks like something that belongs in a compost bin, so diners are more apt to dispose of it properly, and composters are more likely to accept it. Better still, you don’t even need a big facility for wood to break down — anecdotally, at least, the stuff composts nicely right in a backyard bin (within 90 days, as one claim goes). You also asked about the ocean, Victoria, which of course is no place for garbage, even compostable garbage. But given its composition, it’s very likely a wooden spoon would decompose more quickly than a PLA one if it found its way out to sea.

So there you have it: Wood over plastic. You might have to fork over a little more cash for wooden options, but I daresay it’s worthwhile. I mean that in the purely academic sense, as we’re all carrying our own travel sets of utensils and washing dishes after picnics and parties, right? And even if we aren’t, we’re at least washing and reusing those wooden cutlery sets a few times. Right?