Yeah, maybe Teslas are catching on fire, but it's seriously no big deal 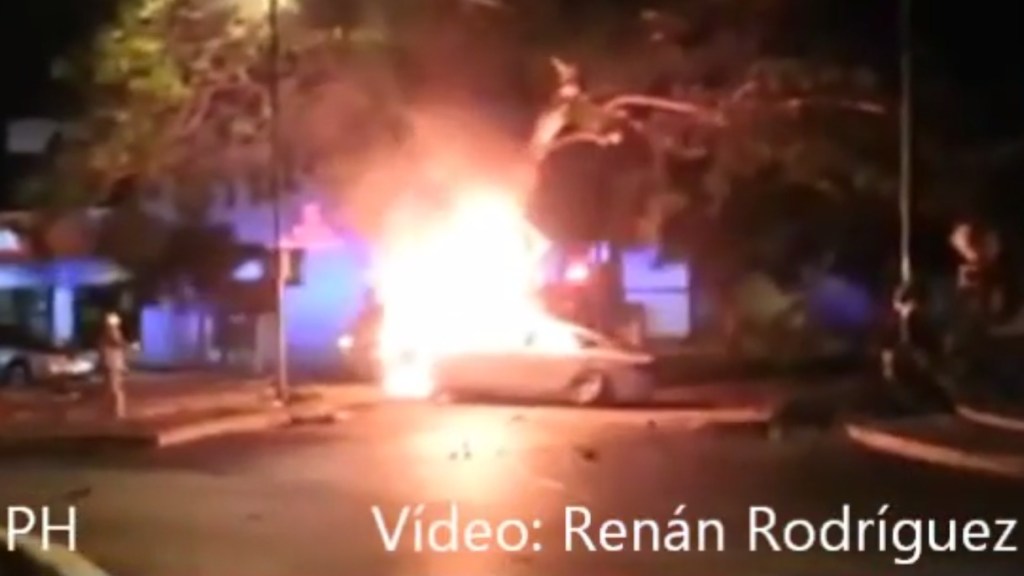 Yeah, maybe Teslas are catching on fire, but it’s seriously no big deal

If you’re drunk and speeding late at night, YES, you might get in an accident. And YES, your car might catch on fire after you crash into a wall and hit a tree. Is this your car’s fault? If it happens to be the Tesla Model S, apparently so.

The following video — which is not actually that interesting AND is in Spanish, so I can’t enjoy the swears — shows the burning Model S in Merida, Mexico:

A Tesla spokesperson replied via email:

We were able to contact the driver quickly and are pleased that he is safe. This was a significant accident where the car was traveling at such a high speed that it smashed through a concrete wall and then hit a large tree, yet the driver walked away from the car with no permanent injury.

Translation: “Thank GOD this dumbass is fine. It’s frankly a testament to our awesome vehicle that he didn’t die instantly.”

Since another Tesla caught on fire in Washington state after some sort of metal litter poked into the car’s battery pack, this is now a pattern somehow, even though it would require another incident to even meet the standards of a trumped-up New York Times trend piece. (“A small but growing number of Teslas are now choosing to catch fire.”) As Jalopnik points out:

[G]asoline-powered cars catch fire after crashes all the time. In addition, it’s not like the cars are catching fire spontaneously on the road. So far both have happened after wrecks, which is understandable.

Other things to remember: The “S” in Tesla Model S stands for super-safe. (Not really, but it might as well. Quoth Elon Musk, “You are 5 times more likely to experience a fire in a conventional gasoline car than a Tesla!”) The moral of the story is not “Teslas suck” but “Don’t run over metal objects or drive drunk.”