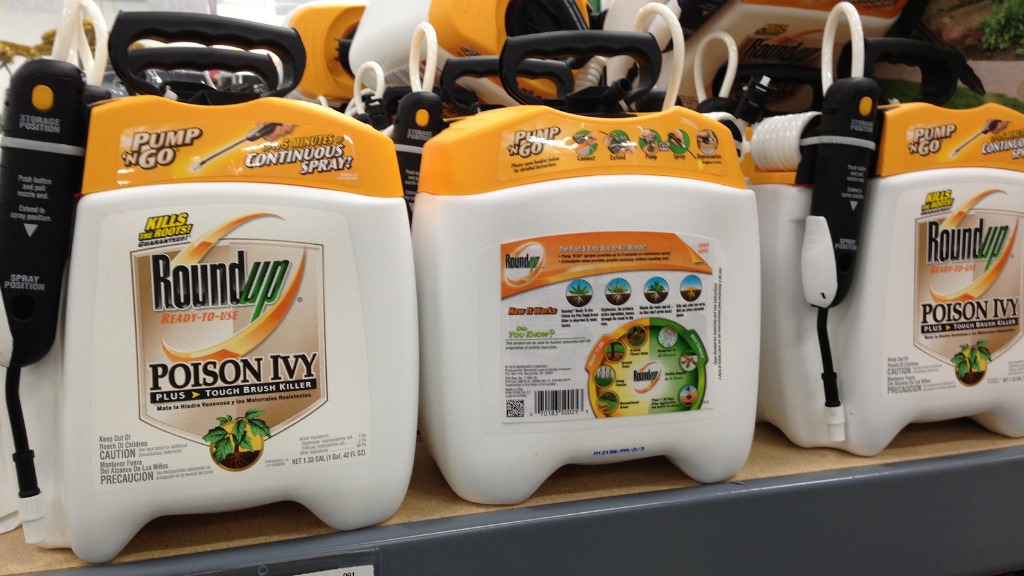 Yeah yeah, the main chemical in Monsanto’s Roundup weed killer (glyphosate) has been found in air and rain. The year 2011 called and it wants its scary news back, right? Except, uh, there’s way more of this toxic chemical than we thought. Womp womp.

The hard numbers: According to a forthcoming study, 75 percent of air and rain samples from a 12-year study of the Mississippi Delta had Roundup in them. (The study will be published soon in Environmental Toxicology and Chemistry.) That’s kind of a disturbingly high amount, especially since Roundup is only supposed to go on WEEDS, not things that go in our bodies. Inhabitat explains the worrisome cycle:

[I]n recent years, studies have found that the herbicide is even more toxic than originally thought, but no change in regulation has accompanied that discovery. In fact, Roundup has actually caused weeds and insects to build up immunity to the toxin, forcing Monsanto to make the product stronger and farmers to apply more to crops, such that more of the toxins are being released than ever.

It’s kind of like pouring gasoline on a fire (or water on a kitchen grease fire — I don’t know your personal level of flame savvy).

This might sound crazy, but maybe we should do something to stop this. You know, before 100 percent of our air and water is poisoned.

Correction: This post originally linked to a study whose methods and conclusions have been challenged, and which we’re not comfortable relying on.  For a better explanation of the issues around glyphosate please see this article. We’ve removed this post from our story listings but are keeping this page available for the record.