Your home is full of creepy crawlies 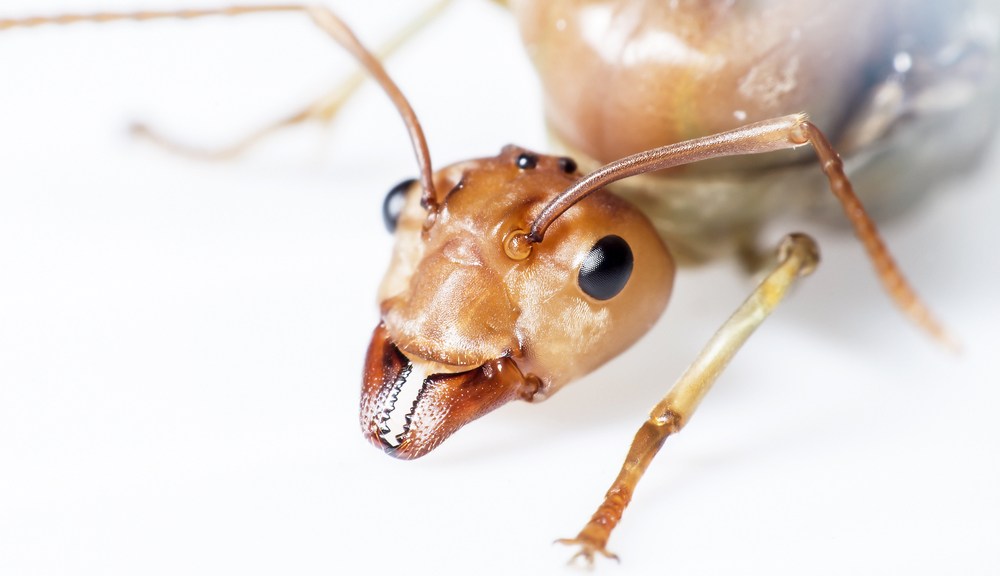 Your home is full of creepy crawlies

Remember that scene in Indiana Jones and the Temple of Doom where Willie had to wade through a tunnel of insects in order to save Indie and Shorty and ended up covered in bugs, while you ended up mildly traumatized? Well, I have good news and bad news. The good news: Your house doesn’t look like that. The bad news: It is covered in bugs.

In a new study titled “Arthropods of the great indoors: characterizing diversity inside urban and suburban homes,” researchers report that, in a survey of 554 rooms in 50 homes located in and around Raleigh, N.C., all but five rooms contained arthropods — invertebrates that have exoskeletons, segmented bodies, and jointed appendages. All in all, the homes contained an average of 93 distinct morphospecies, i.e. species that you can tell apart by eye.

Entomologist Michelle Trautwein, a researcher at the California Academy of Sciences in San Francisco and co-author of the study, spoke with Scientific American about how the team searched these houses:

The scientists conducted their research from May to October 2012, arriving at each house equipped with headlamps, kneepads, nets, forceps and aspirators, which were used to suck up tiny critters along windowsills and baseboards. “We looked like intense expeditioners,” Trautwein says, laughing. “It looked like we could be going to the middle of the Amazon.” Methodically moving from room to room, they ended up collecting more than 10,000 specimens in 304 invertebrate families.

The researchers didn’t look behind walls, under heavy furniture, or in drawers and cabinets. And they only sampled within two meters of the entrances of attics and crawl spaces (you know, because ghosts). So there’s a good chance that their bug count is short.

That said, here are some of the most prominent interlopers: Cobweb spiders, carpet beetles, gall midge flies, and ants showed up in every home. Book lice and dark-winged fungus gnats showed up in 98 percent and 96 percent of the homes, respectively. In all, there were 12 families of arthropods that showed up in at least 80 percent of homes. Here are some representative pictures to fuel your nightmares:

Fortunately, a lot of the creepy crawlies that the researchers found were harmless, while the more “pestiferous” kinds that we usually associate with indoor buggery were much less prevalent. German cockroaches, for example, were only in 6 percent of the homes; subterranean termites in 28 percent; fleas in 10 percent; and bed bugs in zero.

But if you consider “harmless bugs” an oxymoron, then Scientific American has more good news for you:

Most bugs cannot survive indoors long-term. Trautwein likened such herbivores as gall midges and leafhoppers to “ill-fated tourists” that get lured in by light or shelter only to find that there’s nothing to eat. “Some groups are definitely just coming in and dying,” [says Matt Bertone, an entomologist at North Carolina State University and lead author on the study]. “They wander into places and they can’t get out.”

That said, there are other arthropods that seem perfectly fine indoors (the ants in my last apartment, for example). So between those guys and the thousands of microorganisms that live in and around us, our homes are most certainly not the sterile sanctuaries that we like to think they are. As these researchers put it, there’s an entire “indoor biome” that we have yet to understand — and one that likely varies depending on location. While that’s probably meant to sound beautiful and intriguing, no judgement here if you’re still kind of like: