Alarm clock appeals to your good nature to break your snoozing habit. We have a better idea 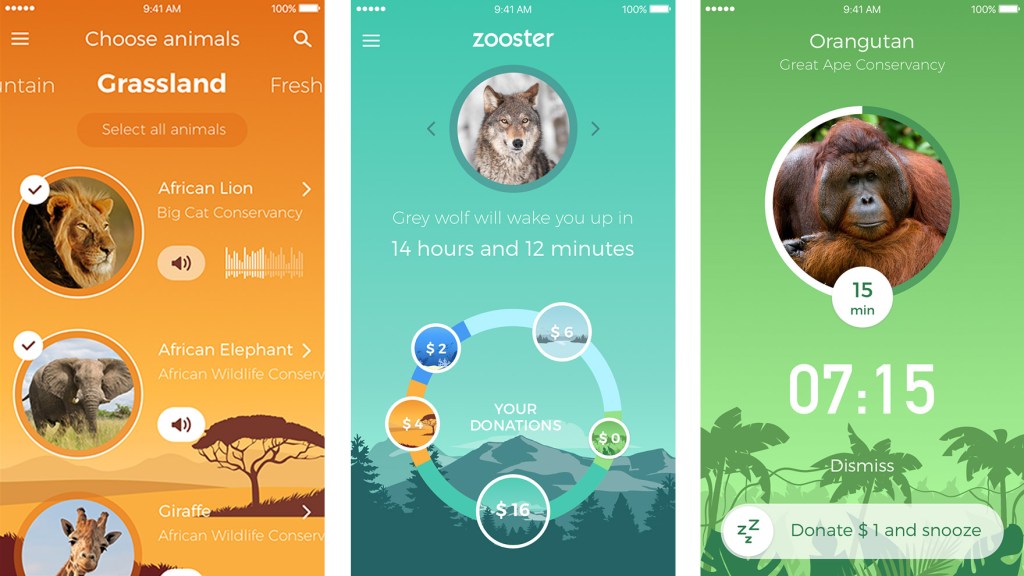 Alarm clock appeals to your good nature to break your snoozing habit. We have a better idea

You awake to the roar of an African lion. Bleary-eyed, you grab your phone and hit snooze to silence the feline’s growls — and in doing so, donate $1 to a conservation fund.

That’s the premise of an app called Zooster, the world’s first “charitable alarm clock.” After the howl of a grey wolf or the squeak of a dolphin wakes you from your beauty sleep, you can either dismiss the alarm or hit snooze. If you do the latter, the app automatically donates your money to a charity that supports the animal whose wake-up call you ignored.

Sure, you might not be prepared to make informed monetary decisions in your state of morning grogginess — but at least it’s for a good cause, right? This leads us to the crucial problem with Zooster: Wouldn’t donating to a terrible cause get you up faster?

Introducing Eschewster: the app that will help you abstain from hitting snooze and donating a dollar. We brainstormed some ideas for the world’s second charitable alarm clock that’ll get you out from under those covers in a hurry:

App developers, take note! Until Zooster’s official launch this fall, we could use some extra incentive to get up in the mornings. It’s not exactly the cock-a-doodle-do that served as the alarm for your agrarian ancestors, but the moral of the story is the same: If you snooze, you lose.

(That is, unless you end up snoozing and donating to Grist.)