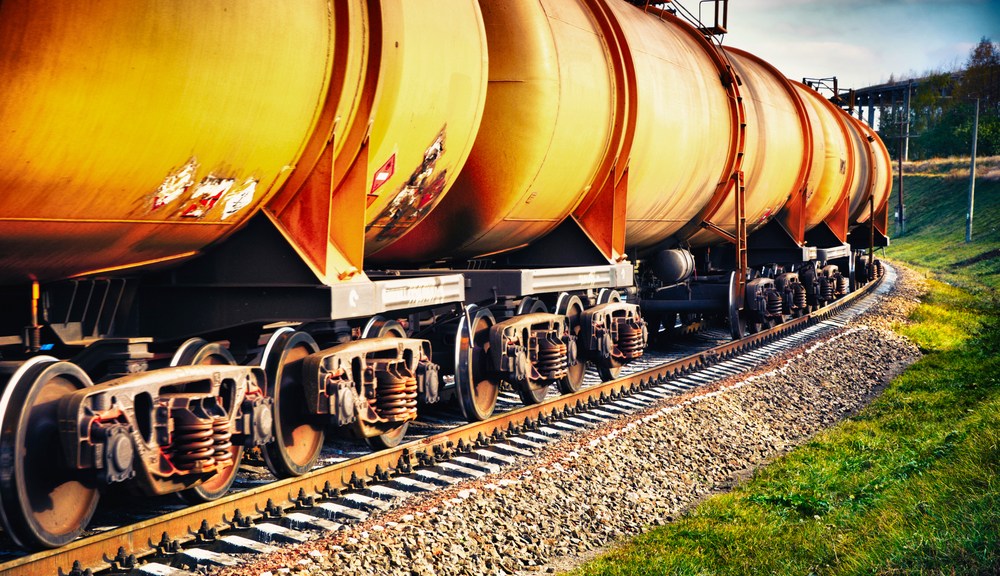 A 106-car crude-hauling train derailed and exploded on Monday, the latest unfortunate consequence of the mad scramble to get fracked oil to refineries by rail.

Nobody was hurt during the explosion and fire, which burned for more than a day, but most residents of a nearby town in eastern North Dakota heeded evacuation calls as toxic smoke billowed over their homes.

“This is too close for comfort,” Casselton Mayor Ed McConnell told the AP. “There have been numerous derailments in this area. It’s almost gotten to the point that it looks like not if we’re going to have an accident, it’s when.” Here’s more from AP:

Through early November, the most recent data available, crude releases have been reported from 137 rail cars in 2013, according to an Associated Press analysis of federal accident records. By comparison, only one release was reported in 2009, before the boom got well underway.

The rail tracks in eastern North Dakota run through the middle of Casselton, about 25 miles west of Fargo. McConnell estimated that dozens of people could have been killed if the derailments had happened within the town.

The mayor said it was time to “have a conversation” with federal lawmakers about the dangers of transporting oil by rail.

Part of that conversation will be about DOT-111 model train cars, which are often used to transport oil in North America and are prone to puncture during an accident. The same type of cars were carrying oil in a train that derailed and exploded in July in Quebec, killing 47 people.

[NATIONAL TRANSPORTATION SAFETY BOARD MEMBER ROBERT] SUMWALT: We have preliminary information that indicates they are DOT-111 cars. But there are different types of DOT-111 cars, so we will want to be confirming that. That’s certainly one of the things that we will be looking at.

[REPORTER JEFF] BRADY: Federal regulators already have tightened some rules for oil shippers. And they’re in the process of putting even more stringent requirements in place, especially when it comes to these tank cars.

Patti Reilly, with the Association of American Railroads, says her group asked the government a few months back for new standards.

PATTI REILLY: What it means is all of these tank cars — 92,000 of them — will have to be retrofitted or phased out.

BRADY: The industry put some new requirements in place for tank cars built in the last few years. But Reilly says in light of the Quebec accident, it’s clear even tougher standards are needed for existing tank cars hauling oil.

REILLY: It will need a thicker, more puncture-resistant outer-shell jacket around the entire tank car, and thermal protection. There will have to be at either ends of the tank car extra-protective head shields.

Oil is going to spill, explode, and pollute, regardless of whether it’s moved by train or pipeline. So it would be a shame if this conversation skips over the big question: whether we should continue this dangerous drilling boom in an era of climate change, electric vehicles, and increasingly affordable renewables.