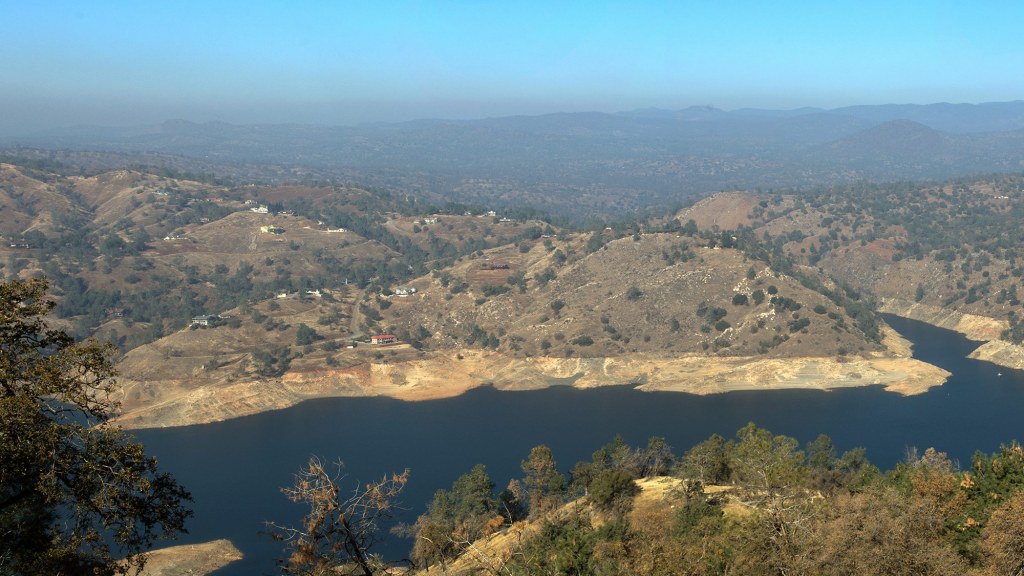 We tend to complain about precipitation in the winter: It’s cold, it’s depressing, it can make getting around dangerous and not fun. But as California can tell you right about now, there is definitely such thing as not enough “wintry mix.”

Friday morning, California Gov. Jerry Brown (D) officially declared a drought emergency. He directed state agencies to use less water, and asked residents and businesses to voluntarily cut their usage 20 percent. Mandatory water limitations could follow, and Brown might ask for federal aid. Meanwhile, public landscaping will go dry and emergency firefighters will be added to the payroll.

We’ve been nervously watching the Golden State’s clear skies this winter, but recently things have gone from bad to worse fast. In the past two weeks, the percentage of the state experiencing extreme drought conditions shot from 28 percent up to a vertigo-inducing 63 percent, according to the U.S. Drought Monitor. Snowpack in the Sierra Nevada Mountains is at a perilously low 17 percent of its usual level this time of year. Since as much as 65 percent of Cali’s water comes from this virtual water cooler, and much of that goes toward the state’s multibillion-dollar agricultural industry, the effects of a catastrophic water shortage may be widely felt in the year to come.

Though droughts are not uncommon in the region’s Mediterranean climate, the pattern of the past few years points to a slow-mo climate crisis crashing into the West Coast. 2013 was California’s driest year on record, with about two thirds of the state experiencing severe water shortage and fire danger. (Yesterday, a wildfire just outside of L.A. started gobbling up homes and trees in the Angeles National Forest, despite the fact that January and February are typically the wettest months in California.) From Salon:

Experts say that California must look beyond the current crisis … warning that the state can expect more of the same in future years. “The current historically dry weather is a bellwether of what is to come in California, with increasing periods of drought expected with climate change,” Juliet Christian-Smith, climate scientist in the California office of the Union of Concerned Scientists, said in a statement. “Because increasing demand and drought are straining our water resources, we need to adopt policies that address both the causes and consequences of climate change.”

“Hopefully it’ll rain eventually,” Brown said during his announcement, with meteorologically sanctioned pessimism, as in: Probably not soon. The imminent return of the polar vortex is likely to impose moisture-free conditions on California while dumping extra snow over much of the rest of the country for the next few weeks.

Other states are suffering from dry spells too, including Arkansas, Colorado, Idaho, Kansas, New Mexico, Nevada, Utah, Texas, Oklahoma, and Hawaii. Maybe it’s time to put that spoon under your pillow and wish for a slush storm like the good old days.