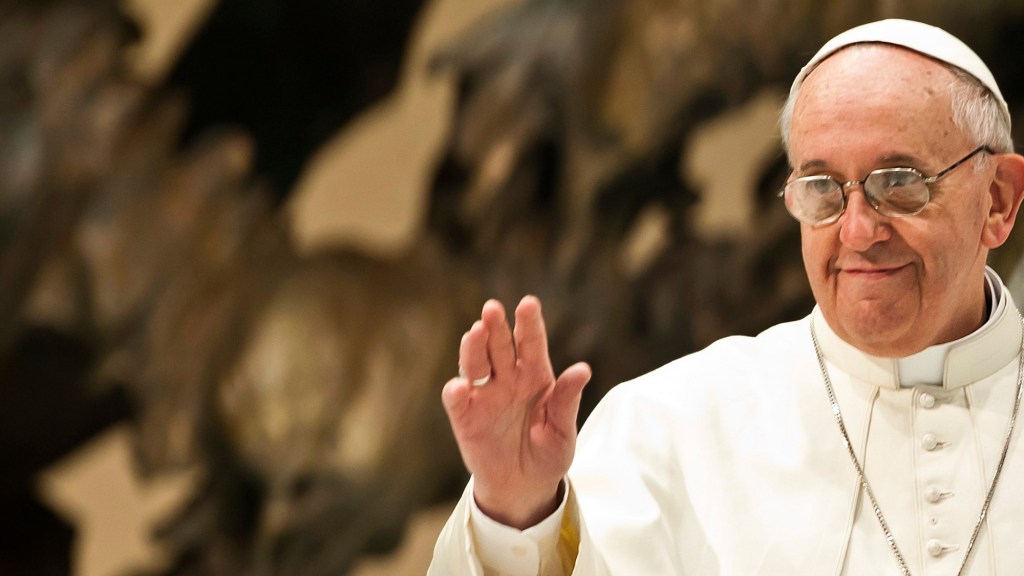 The worldwide leader of the Catholic Church, none other than the motherfracking pope himself, has come out in opposition to the worldwide scourge of hydraulic fracturing.

OK, so Pope Francis didn’t exactly make a policy statement or a speech denouncing fracking. But hints have emerged that he might do so soon. And Twitter is afire with pictures of His Holiness holding up anti-fracking T-shirts. The pictures were taken Monday following meetings with Argentinians dealing with environmental issues:

Pope Francis is against fracking (?) pic.twitter.com/ExTSwrYrf3

The #pope against #Fracking t-shirt ''water is more precious than gold '' #NoToFracking pic.twitter.com/tYkieXdUh7

Environmental filmmaker Fernando ‘Pino’ Solanas told elEconomista that the pope had indicated during a Monday meeting that he was working on a papal memo, known as an encyclical, that will address environmental issues.