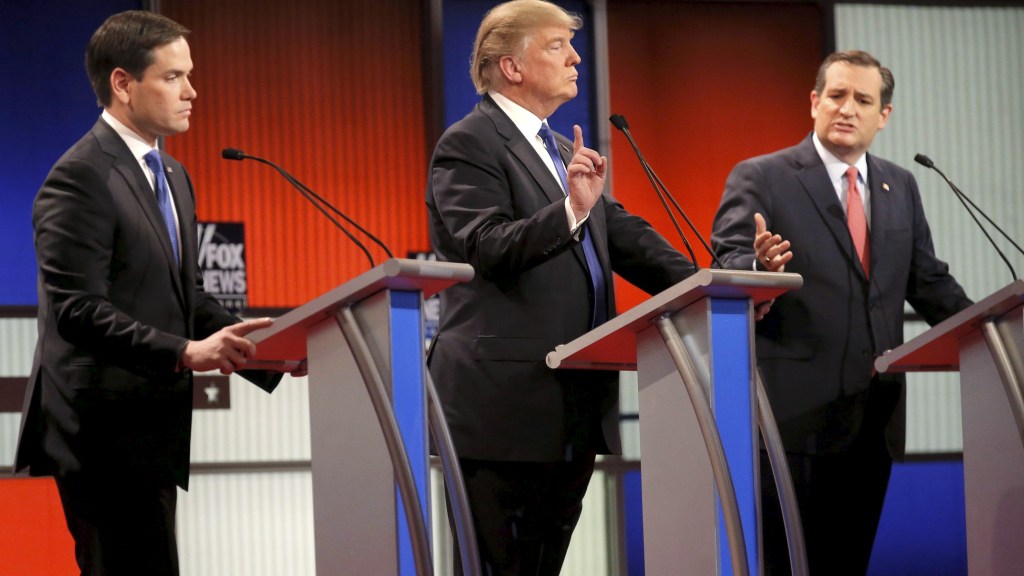 Thursday evening’s GOP debate had plenty of head-scratching moments — Donald Trump talking about the size of his “hands” comes to mind, as does John Kasich pleading for tolerance while defending homophobic wedding planners. But perhaps the strangest aspect of the debate is that while the debate was in Detroit, only 70 miles from Flint, there was barely a mention of the lead-in-water crisis. It didn’t come up until nearly 90 minutes in, and when it did, it was with a single question posed to Marco Rubio.

“Senator Rubio,” said Fox News moderator Bret Baier, “Bernie Sanders and Hillary Clinton have both been to Flint. … Without getting into the political blame game here, where are the national Republicans’ plans on infrastructure and solving problems like this? If you talk to people in this state, they are really concerned about Flint on both sides of the aisle. So why haven’t GOP candidates done more or talked more about this?”

Rubio, who, until six weeks ago seemed to think the Flint Water Crisis was the name of a metal band, had no good answer.

“What happened in Flint was a terrible thing,” Rubio said. “It was a systemic failure at every level of government.” He then praised Michigan Governor Rick Snyder’s handling of the water crisis — which is odd because, while Snyder probably didn’t leach lead into the city water supply himself, he did appoint the emergency city manager who made the call to change Flint’s water source, which kickstarted the disaster. Snyder and Michigan officials then ignored complaints from Flint residents about the quality of their water for over a year while children were poisoned by their own drinking water. Rubio, however, had high praise for the governor, who, he said, was taking “responsibility” for what happened.

The Florida senator then pivoted, blaming Democrats for “politicizing” the issue. “But here’s the point,” Rubio said, “this should not be a partisan issue. The way the Democrats have tried to turn this into a partisan issue, that somehow Republicans woke up in the morning and decided, ‘Oh, it’s a good idea to poison some kids with lead.’ It’s absurd. It’s outrageous. It isn’t true.”

At that, the party moved on. There were more important things to discuss at the 11th GOP debate that our nation’s crumbling infrastructure: The size of Donald Trump’s penis, the value of his fake university, and wether or not the losing candidates will support Trump if he wins. They all said they would.

As for Flint, they said not a word.