How hot will future summers be in your city? 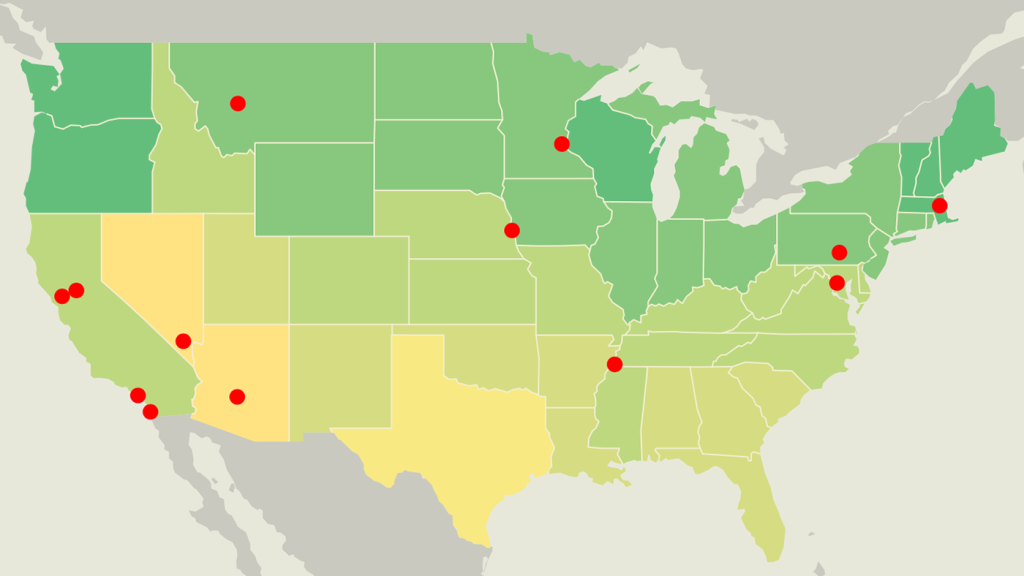 A little slice of Saudi Arabia right at home

How hot will future summers be in your city?

Fancy spending a summer in Kuwait City? That’s what scientists project summers will resemble in Phoenix by the end of the century. And summertime temperatures in Boston are expected to rise 10 degrees by 2100, resembling current mid-year heat in North Miami Beach.

Thanks to this nifty new tool from Climate Central, you can not only find out what temperatures your city is expected to average by 2100 — you can compare that projected weather to current conditions in other metropolises. The “1,001 Blistering Future Summers” interactive is based on global warming projections that assume the world takes little to no action to slow down climate change. But the nonprofit warns that even if greenhouse gas emissions are substantially reduced, such as through an energy revolution that replaces fossil fuel burning with solar panels and wind turbines, “U.S. cities are already locked into some amount of summer warming through the end of the century.” You might be feeling some of that warming already. Pass the ice cubes!