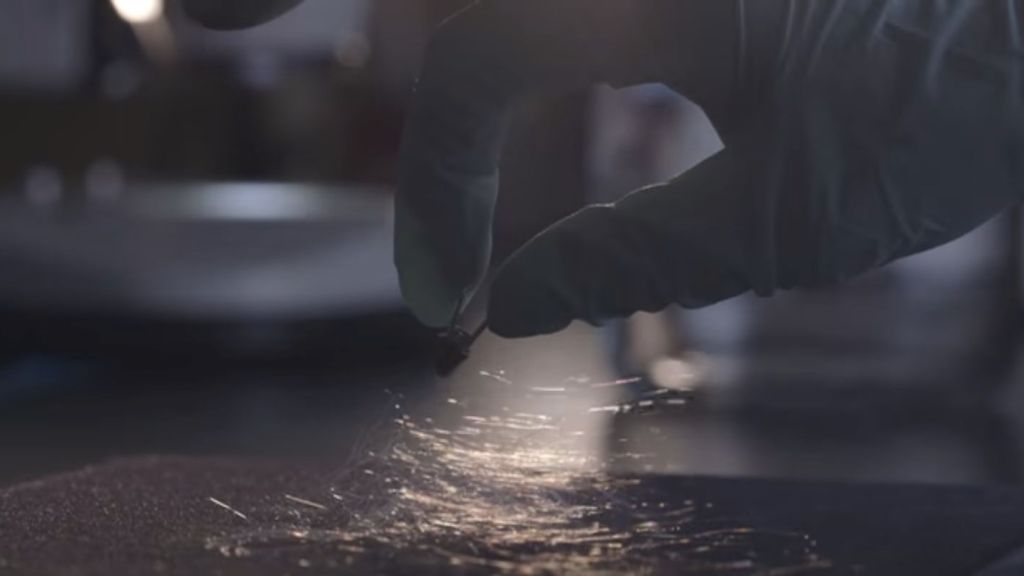 What would you rather wear: water guzzling cotton, petroleum-based polyester, or a crazy strong wonder material that comes from spider butts?

The correct answer is spider butts — I mean, spider silk. (Before you jump to the comments, I should say that I know that spider silk doesn’t actually come from spiders’ butts; it comes from their “spinning ducts.” But, come on, spider butts is way more fun to say.)

San Francisco-based company Bolt Threads is planning to have spider-silk clothing available as early as next year, according to Bloomberg Business. The company, founded five years ago by a group of graduate students at UC San Francisco, is pitching the nature-made textile as an eco-friendly alternative to some of the gross fabrics that we wear now.

But here’s the catch: Bolt’s spider silk doesn’t actually come from spiders. It turns out those little eight-legged monsters are terrible at textile mass production. Here’s more from Bloomberg:

Scientists, at least those who aren’t arachnophobes, have tried to mass-produce spider silk for decades with little success. Spiders are territorial and cannibalistic—try to farm them, and they end up eating each other. But scientists have long believed that if spiders would only cooperate, fabric made from their silk would be well-suited for use in military and medical equipment, like wound sutures or artificial tendons, as well as in high-performance athletic clothing and other garments.

When the Bolt crew first started out, they actually bought a bunch of spiders from an insect dealer in Florida and let them spin their silk all over the office. (Not surprisingly, that method of production proved untenable.)

Instead, the researchers genetically engineered yeast to produce the same material through fermentation. They can even specify the softness, stretch, and strength of the material, Bloomberg reports. Oh, and they also have a sweet office:

Bolt Threads occupies offices across the San Francisco Bay, in Emeryville. A copy of Charlotte’s Web is in the lobby, and a chandelier made of silkworm cocoons hangs in the conference room. The real action is in a series of interlinked labs, where billions of bioengineered yeast cells ferment, excreting their protein fibers into slurries of water, salt, and sugar. In another room, centrifuges filter out the silk from the liquid. A larger room will hold 200-liter fermentation units for producing silk in greater quantities. Bolt is working with manufacturing partners such as the Michigan Biotechnology Institute in Lansing, which will do larger-scale fermentation in 4,000-liter tanks using Bolt’s process, and Unifi, a yarn manufacturer based in Greensboro, N.C., which will spin Bolt’s fibers into apparel-ready yarn and textiles.

Of course, any plan to mass produce anything raises a lot of questions: How much water and energy will it take to put us all in spider silk tees? Could spider silk have any negative health impacts? Will spiders confuse us all for giant prey caught in giant webs? And most importantly — is there any chance (any chance AT ALL) that a shy, 25-year-old reporter who’s kind of a nerd could get superpowers from wearing spider silk clothing?