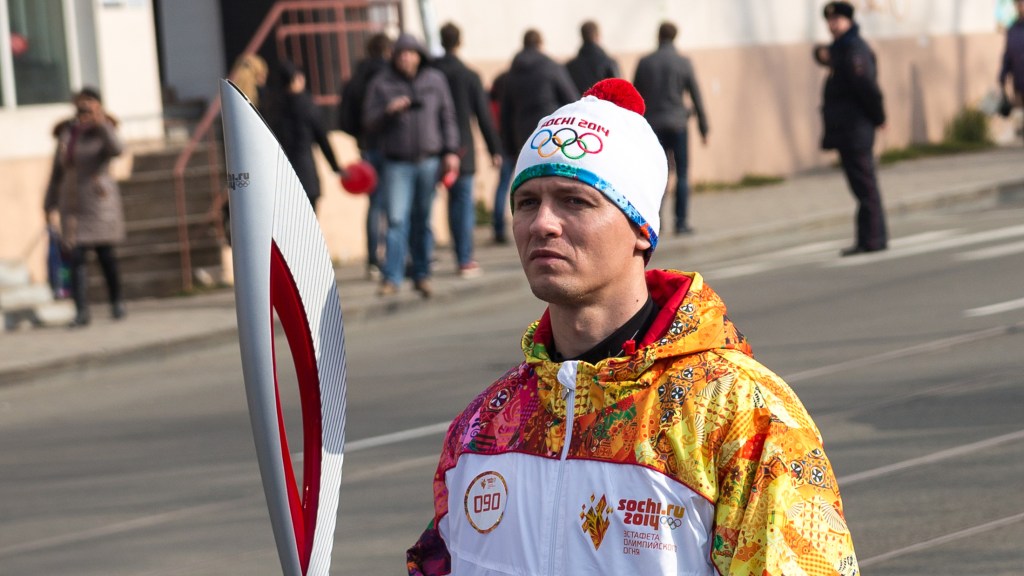 When Russia made its bid to host the 2014 Winter Olympic Games, it promised green building standards and “zero waste.” But as we count down to the opening ceremony on Feb. 7, illegal landfills and trashed ecosystems suggest that Russia may not medal in eco-friendly practices.

Not only is this shaping up to be the most expensive Olympics in the history of the games, with $51 billion of new development, it is also arguably one of the most destructive. Five thousand acres of pristine forests have been felled, while wetlands that served as important stopovers for migrating birds have been filled in. Landslides and waste dumping threaten the watershed, which feeds into the Black Sea. Building within national parks in Russia used to be limited, but that regulation was reversed in order to make way for some games facilities, hotels, and roads. Some observers note that the Olympics have provided an opportunity for developers to cash in on what they hope will be a profitable tourist destination in the future.

The construction projects have also left local Sochi-ers in the lurch, facing frequent power shortages, land subsidence, flooding, and widespread pollution. While the mayor of Sochi pointed to a new Louis Vuitton store as a symbol of progress, nearby communities are living without running water, and some have been cut off from the city by a new $635 million highway, as the Associated Press reports:

The residents of 5a Akatsy street have lived for years with no running water or sewage system. Construction for the 2014 Winter Games has made their lives more miserable … Even their communal outhouse had to be torn down because it was found to be too close to the new road and ruled an eyesore. …

People elsewhere in Sochi and surrounding villages have had the quality of their life decline because of Olympic construction. In the village of Akhshtyr, residents complain about an illegal landfill operated by an Olympics contractor that has fouled the air and a stream that feeds the Sochi water supply. Waste from another illegal dump in the village of Loo has slid into a brook that flows into the already polluted Black Sea.

As though to prove how ecologically oblivious they are, some Russian entrepreneurs recently flew two captured orca whales to a Sochi aquarium, where they’ll be on display during the Olympics. It’s a bizarrely tone-deaf move considering the widespread popularity of anti-dolphinarium documentary Blackfish. But the presiding philosophy in Sochi seems to be “make hay while the sun shines,” and it only shines for another month.

Russia doesn’t want you to be thinking about any of this, so officials have put the squeeze on potential whistleblowers. In the wake of the highly publicized release of Pussy Riot and Greenpeace activists last December, lower-profile harassments of activists and reporters continue. Evgeny Vitishko, a member of the Environmental Watch of the North Caucasus and an outspoken critic of Sochi development, has just been sentenced to spend three years in a penal colony, and his group was ordered to suspend its activities under a controversial foreign-agents law. Al Jazeera reports:

Vitishko, who denies all charges and remains free pending an appeal, was accused of violating a curfew imposed on him after he was sentenced to probation in 2012 on charges that human-rights advocates have called spurious and politically motivated. Another member of the group sentenced with him, zoologist Suren Gazaryan, fled to Estonia and was granted asylum. …

“It seems that every other day, police in Sochi are detaining and stopping people who are political and environmental activists,” [Rachel Denber of Human Rights Watch] said. “It has been a steady stream of harassment.”

Meanwhile, officials claim that five trees will be replanted for every one felled, and animals disturbed during preparations for the games will be relocated or replaced. Even if all this is carried out — and some NGOs working with the planners are dubious — it will still almost certainly not be enough to save the ecosystem.

“The Mzymta Valley had the most diverse ecosystem in the region. It was a beautiful place,” Gazaryan said from Tallinn, Estonia. He dismissed official promises of reforestation for the area. “Of course we can put some trees. We can breed some animals. But we can’t restore an ecosystem. We lost a territory for the future.”