Hello, and welcome to the first edition of Parched! I’m Grist staff writer Zoya Teirstein, and today we’re going to be talking about — what else? — drought. More specifically, the science behind it.

It is well established that parts of the planet are getting much drier. The Western U.S. is experiencing a period of dryness so extreme that some experts say it no longer qualifies as just a drought. Rather, it might be described as a more transformative trend of “aridification” — the most significant drought to descend on the American West in 1,200 years.

But North America has experienced periods of extreme wetness and dryness for centuries. What makes this particular drought so catastrophic? And what role does climate change play in its severity?

In short: “It’s complicated,” Benjamin Cook, a climate scientist at NASA and the Lamont-Doherty Earth Observatory, told my colleague, Shannon Osaka. Shannon published a story today that unravels the tangled ways in which warming temperatures are — and are not — exacerbating drought across parts of the globe.

Contrary to what you might think, scientists have found that climate change doesn’t necessarily lead to less overall rainfall. In fact, “total precipitation in the West is expected to stay roughly the same” over the course of the next century. (Though rain and snowfall will become more variable — the wet years wetter and the dry years drier.) But studies show that climate change does affect how much water the sky sucks up from soils, plants, rivers, oceans, lakes, and even clouds. “Scientists have a measure for how ‘thirsty’ the atmosphere is, or how much water the sky absorbs: evaporative demand,” Shannon wrote. “As temperatures go up, evaporative demand increases. The sky gets thirstier.”

“Thirsty sky syndrome” sounds like something out of a sci-fi movie, but studies have shown that it has made recent droughts more extreme: Scientists found that evaporative demand has increased over the past four decades, most dramatically in the U.S. Southwest around the Rio Grande River. In that region, evaporative demand increased by 8 to 15 percent — meaning that the area would require 8 to 15 percent more rainfall to maintain the same water levels. The catastrophic dry spell in California that took place between 2011 and 2017 was made 15 to 20 percent more intense by evaporative demand caused by climate change. Overall, some 40 percent of the intensity of the megadrought in the West can be attributed to rising temperatures, experts said. 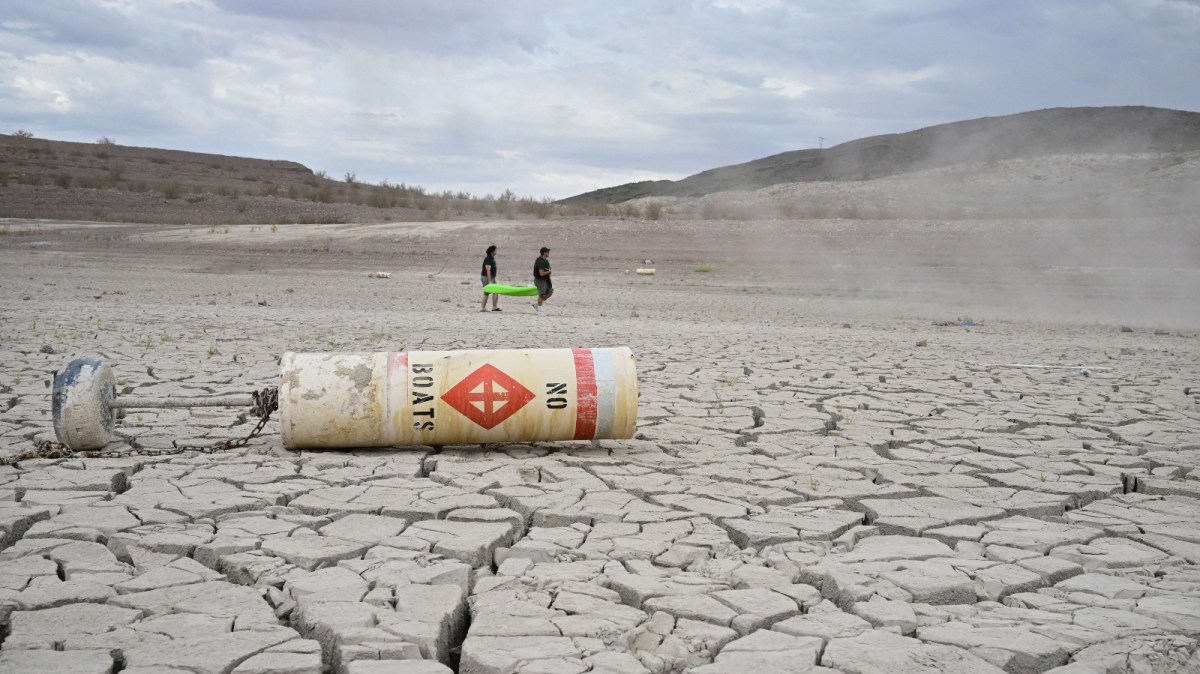 The good news is that experts say this megadrought will eventually end, and limiting the emissions that are changing the planet could help stymie the severity of future droughts. But, to some extent, warmer temperatures are already baked in. As surely as the drought will one day ease, it will also return, threatening the growing number of people who live in this water-insecure region. Communities will need to learn how to adapt. Agricultural water use will have to decline. Lawns will dry up, golf courses will disappear. As Shannon writes, “The very character of the West — and of many arid parts of the globe — will be transformed.” We’re already watching it happen.

We’ll be diving into many of these impacts on communities, ecosystems, and economies over this newsletter’s months-long run. It is not all bad news, however. The U.S. is starting to direct significant resources to help drought-afflicted states conserve water and adapt to aridification. The bipartisan infrastructure bill signed into law by President Biden last November directs more than $8 billion toward repairing the nation’s ailing water infrastructure, such as repairing old water pipelines, building out new water delivery systems, repairing freshwater ecosystems, and more. The Federal Emergency Management Agency is making $2.3 billion available to states this fiscal year to mitigate their exposure to extreme weather, including climate-driven droughts. And the Inflation Reduction Act of 2022, passed by the Senate on Sunday, includes another $4 billion for western drought relief.

So work is underway, though the question remains: Will it be enough?