In Peru, this young activist is sparking a movement for climate justice 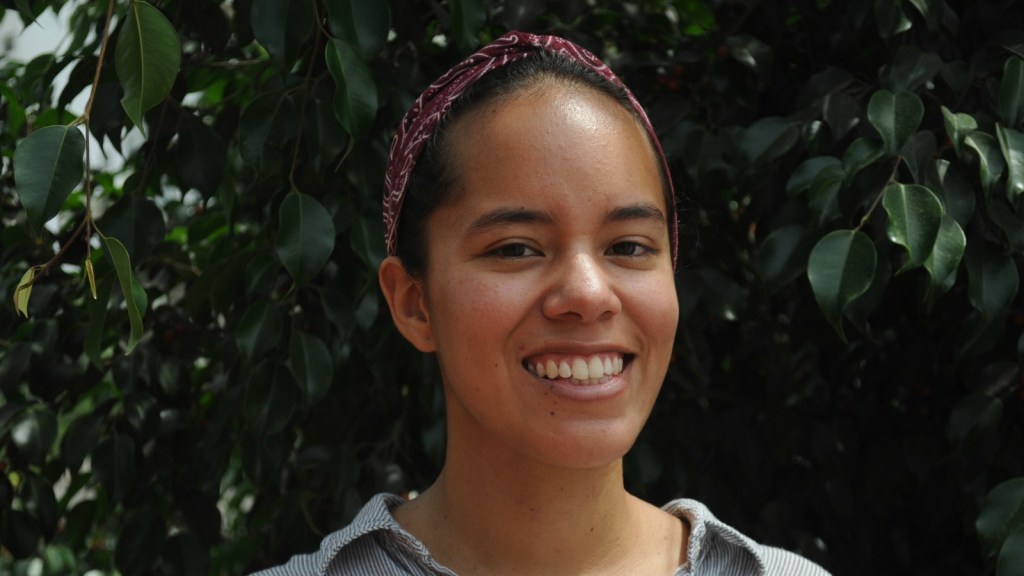 In Peru, this young activist is sparking a movement for climate justice

Majandra Rodriguez Acha was 19 when her country erupted in protests over Amazonian oil. The year was 2009, and Peru’s president had just opened the jungle to oil development, ensuring the displacement of thousands of indigenous people. Enraged by the violent clashes she saw on television, Acha attended a protest on her own. The police released tear gas on Acha and the other protesters as they shouted “La selva no se vende, la selva se defiende.” In other words: You don’t sell the jungles, you defend them.

Since that day, Acha has worked as an ally for indigenous communities who live in the firing line of climate change. Through her group TierrActiva Perú, Acha and other activists organize conferences, protests, and hyperlocal gatherings that connect young urban activists with indigenous activists in remote communities. The idea is to get people talking, learning, and united for collective action.  This year, TierrActiva has rallied against the Trans-Pacific Partnership (TPP), the trade deal that threatens to open up indigenous lands in Peru to natural gas extraction. Acha, now 26, also serves as an advisor to Global Greengrants’ Next Generation Climate Board and as a Young Feminist Fellow for Climate Justice at the Women’s Environment and Development Organization.

Grist recently caught up with Acha to talk about how she’s sparking a unified movement for climate justice in Peru.

Hand over the mic

As a non-indigenous woman living in Lima, Acha leads by listening. She sees her position not as an educator, but as a megaphone for historically silenced voices.

In the run-up to the 2014 Lima climate talks, Acha brought together around 100 indigenous and non-indigenous activists from every corner of Peru, most under the age of 30, for a not-so-traditional conference. She brought in no outside lecturers, just big blank sheets of paper and stencils. This way, she thought, people could tell their stories in any number of mediums.

“We started from the premise that we didn’t want to come and make people listen to presentations,” Acha says. “We believe that people are experts of their own reality.”

Later that December Acha rented a house for a month. It soon became a hub for pop-up workshops, art, a community radio station, and puppets — a whole lot of puppets. All this work culminated in a rally called the Mobilization for the Rights of Mother Earth, where activists marched for food sovereignty with puppets designed to look like oil rigs and large corn stalks.

In TierrActiva Perú’s second year Acha wanted to emphasize regional issues. So instead of one big conference, she organized a series of decentralized gatherings leading up to the 2015 Paris climate talks. Activists from the cities traveled to meetings in the Amazon, in the middle and southern Andes, in northern Peru, and by the coast — everywhere, it seemed, but the convenient capital of Lima. And why? Meeting rural and indigenous activists in their own territory gave urban activists firsthand experiences of what exactly people are up against. For example, activists living in the mountains confront vanishing rainfall from shrinking glaciers, while others in the Amazon see forests destroyed by drought-fueled fires.

Acha says building these local narratives is critical to the way we talk about climate change, especially when relating to people from different backgrounds. “It’s not about charts and numbers,” she says. “It’s about power structures that exploit resources and harm people in the process of doing so.”

Acha’s also developed a series of climate justice primers that explain, among other things, the threats climate change pose to water access, agriculture, and land management, as well as stories of regional resistance.

The heart of Acha’s work focuses on the connections between environmental degradation and women. These ties hold especially true in Peru. Women are often left out of community decisions and are mostly absent from political office. And yet the majority of subsistence farmers are women.

Take the southern city of Puno, populated by the indigenous Aymara and Quechua tribes. Puno suffers hostile winters that have grown more intense and more frequent with climate change. Puno also suffers a maternal mortality rate 45 percent higher than the nation’s average, which experts blame in part on the extreme cold. “It’s poor peasant women and children who are the most affected, and we just send them blankets each year,” Acha says. “It’s clearly not a priority for the government.”

Acha often runs workshops exploring the connections between what she describes as ecological and sexual violence. She sees strong similarities between the language people use to talk about violence against the earth and violence against women, evident in Peru’s specific cultural notion of the planet as female. “A lot of people talk about the rape of Mother Earth and the violent ways in which we extract resources, plunder forests, pollute waterways,” Acha says. “And people think they can get away with it.”

If Acha has her way, they won’t.