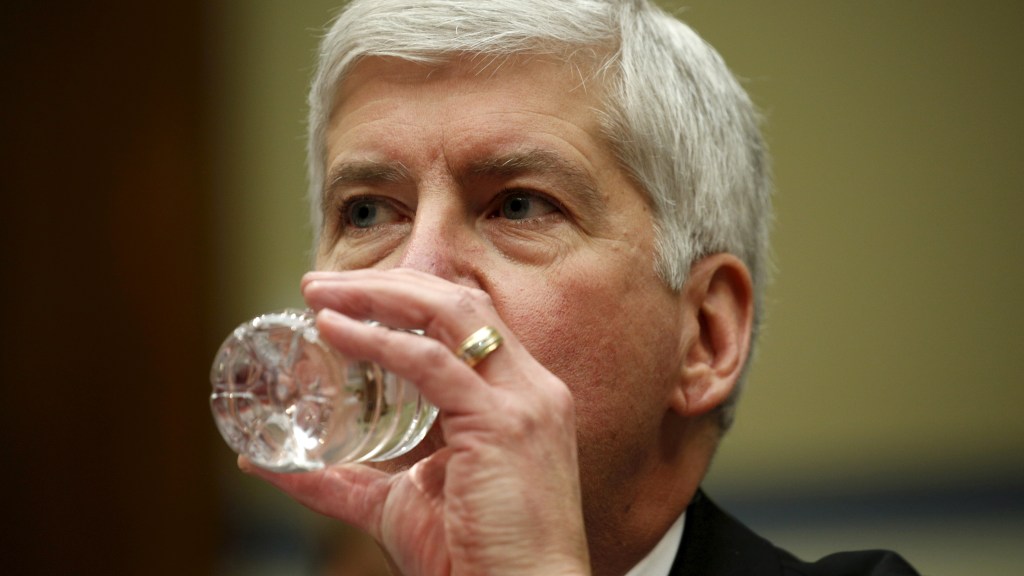 Michigan Gov. Rick Snyder has faced scathing criticism over his response to the Flint water crisis. Now, in an effort to prove that the filtered water is safe, Snyder has committed to using Flint water for the next month, both for cooking and drinking at home. The governor will not, however, be using Flint water while traveling, according to aides, drawing further criticism from some local residents, who don’t get travel breaks from their contaminated water supply.

In a statement, the governor said, “Flint residents made it clear that they would like to see me personally drink the water, so today I am fulfilling that request.” His wife will be joining him on this journey, and the couple will fuel up on visits to the city. The governor and his wife will be taking their water from the home of Cheryl Hill and Todd Canty, Flint residents who volunteered their taps for the governor’s use.

Snyder, as the New York Times pointed out, is not the first politician to take this approach to a PR crisis. In the 1980s, New York Gov. Hugh Carey offered to drink a glass of water from a contaminated office building, Chicago Mayor Jane Byrne moved to public housing project to demonstrate its safety, and Colorado’s Gov. John Hickenlooper once drank fracking fluids. It wasn’t “tasty,” Hickenlooper said, but “I’m still alive.”

As to whether or not Gov. Snyder will still be alive by the end of the month, stay tuned.