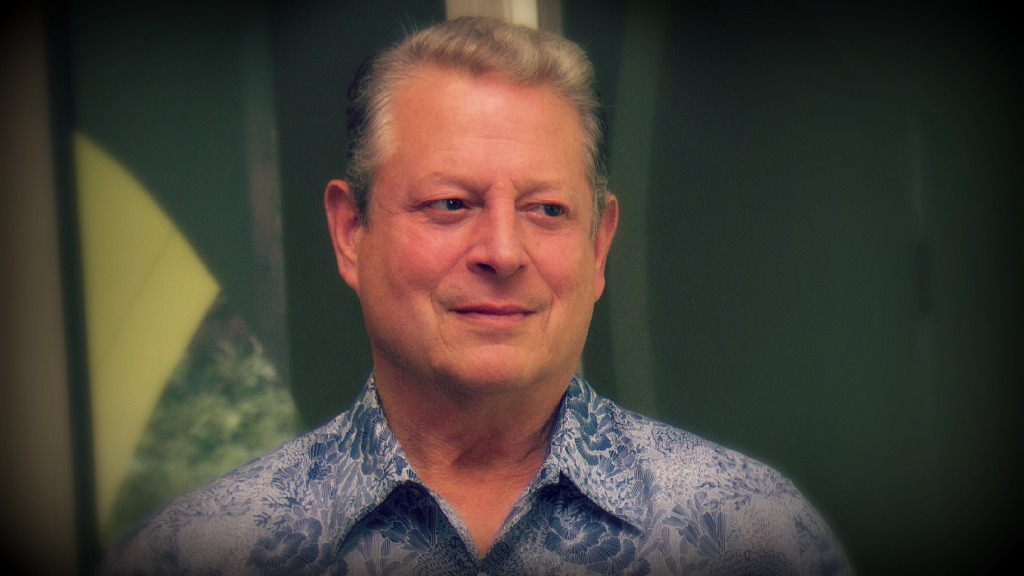 Darren Samuelsohn wants you to know Al Gore is rich. Rich and skinny. His $200 million net worth and 50-pound weight loss (veganism) both come up in the first two paragraphs of a new interview in Politico, even before mention of his solar-powered houseboat.

But thankfully, once talk of Rich, Skinny Gore is over, climate takes center stage. If you don’t feel like spending your Friday afternoon reading all 5,000 words, here are some choice bits:

When I ask Gore … how he would describe his job, he says, “I want to catalyze the emergence of a solution to the climate crisis as quickly as possible. Period.”

Gore says he’s more convinced than ever that climate change can be stopped, predicting a coming “political tipping point” … “How long will it take us to get to the point where we really start solving it?” he asks. “Not long.”

Hopefully he’s right, because as he says, things are a mess:

“[W]e need to move quickly, because as you know we’re still putting 90 million tons a day into the atmosphere as if it’s an open sewer. Some of that will stay there for 10,000 years … So the sooner we get started the better.”

There are now, as of [the first quarter of 2014], 79 countries where the price of photovoltaic electricity is equal to or less than the grid average price. Now I don’t care what the carbon polluter lobby says … there’s just a very big difference between cheaper than and more expensive than … We’re seeing a quiet largely invisible but unstoppable revolution in the shift toward renewable energy.

And even though the notorious K.O.C. keeps funneling money into fossil fuels, Gore’s convinced the tide is turning:

The Koch brothers and the others who operate the way they do have worked overtime to put fear in the hearts of Republicans that if they as much as breathe a favorable breath about solving the climate crisis they’re going to get a well-financed primary opponent. And so they’re all running scared. And this is part of the hacking of American democracy. Money. Big money has paralyzed American democracy to a shocking extent. Now it can change. And it will change.

Gore also said he had a LONG talk with Obama in January about climate — he even has “the bat-phone number” for the White House, as Samuelsohn puts it. Gore avoids saying if he’ll run in 2016, but says he hopes Hillary wins if she lands the Democratic nomination, and he hopes she’ll fight to slow climate change. Oh yeah, and he wants a Tesla.

I want one of those Teslas. But I don’t have room in my garage for it. I think that’s a very cool car.

Someone get Elon Musk on the line!