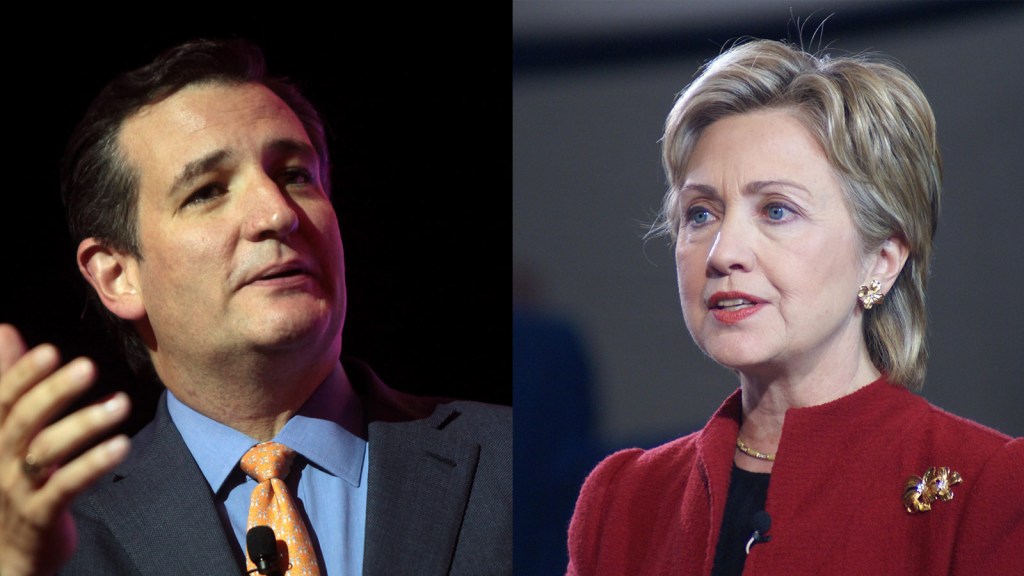 Hillary Clinton is getting a ride on a roiling river of dirty fossil fuel money, but she’s not the biggest oil-industry recipient with presidential aspirations — not even close.

Oil and gas interests funneled $3.25 million into Priorities USA Action, the largest super PAC supporting Hillary Clinton, during this election cycle, according to new data from Federal Election Commission and compiled by Greenpeace. The funds make up one in every 15 dollars given to the PAC — a striking number for someone who once complained of being tired “of being at the mercy of these large oil companies.”

What’s more, Clinton is receiving fossil fuel funds directly into her campaign, as well. According to the Center for Responsive Politics, she’s received nearly $268,000 from PACs and individuals associated with the oil and gas sector.

A spokesperson for Clinton told VICE News that she has “fought against fossil fuel interests for decades,” and the former secretary of state has repeatedly argued that her donors don’t hold sway over her decisions. Amid calls for her to release the transcripts of the speeches she gave to Goldman Sachs employees earlier this year, Clinton responded: “Anybody who knows me, who thinks they can influence me, name anything they’ve influenced me on. Just name one thing.”

But Clinton’s history isn’t quite that of a tireless campaigner against the interests of fossil fuel companies. While she surely understands climate science and supports Obama’s recent Clean Power Plan regulations, the Clinton Foundation, her family’s nonprofit, has a long record of accepting money from oil giants like ExxonMobil and ConocoPhillips, as well as from oil-rich nations like Saudi Arabia.

Throughout his simpering bid for the presidency, Cruz has been called many things: a troll, a jerk, and the zodiac killer. Now, the junior senator from Texas — who once boldly proclaimed, “Climate change is not science. It’s religion” — has officially earned the title of fossil fuel errand boy. Throughout the presidential race, super PACs supporting Cruz received more than $25 million from “megadonors,” or executives, board members, or major investors in the fossil fuel industry. In fact, more than half of the money given to the super PACs that support him — 57 percent — came from fossil fuel companies and stakeholders, according to that same data compiled by Greenpeace. And according to the Center for Responsive Politics’ numbers, Cruz’s own campaign received $887,451 from PACs and individuals associated with oil and gas. Personally, fossil fuel investments also make up 15.8 to 22.7 percent of Cruz’s own assets.

Simultaneously, Cruz has been doing everything he can to promise an easy road for Big Oil under a Cruz regime. This includes pushing to scale back restrictions on sending U.S. crude oil overseas, making public declarations of love for fracking, and reiterating his anti-science stance over and over again. But none of this should come as a surprise, given that, for years, Cruz has categorically denied the existence of climate change at every chance he can get. To hear Cruz talk about climate change is akin to hearing a Bigfoot hunter explain his latest simian sighting: his argument ignores science, rationale, and any semblance of sanity.

“If you line up the priorities of the hydrocarbons industry, they fit almost perfectly with Cruz’s positions,” Mark Jones, a political science professor at Rice University in Houston, told Bloomberg last month. “It’s a natural policy fit.”

Cruz’s hands are covered in oil, and he’s getting dangerously close to smearing them all over the walls of the White House.